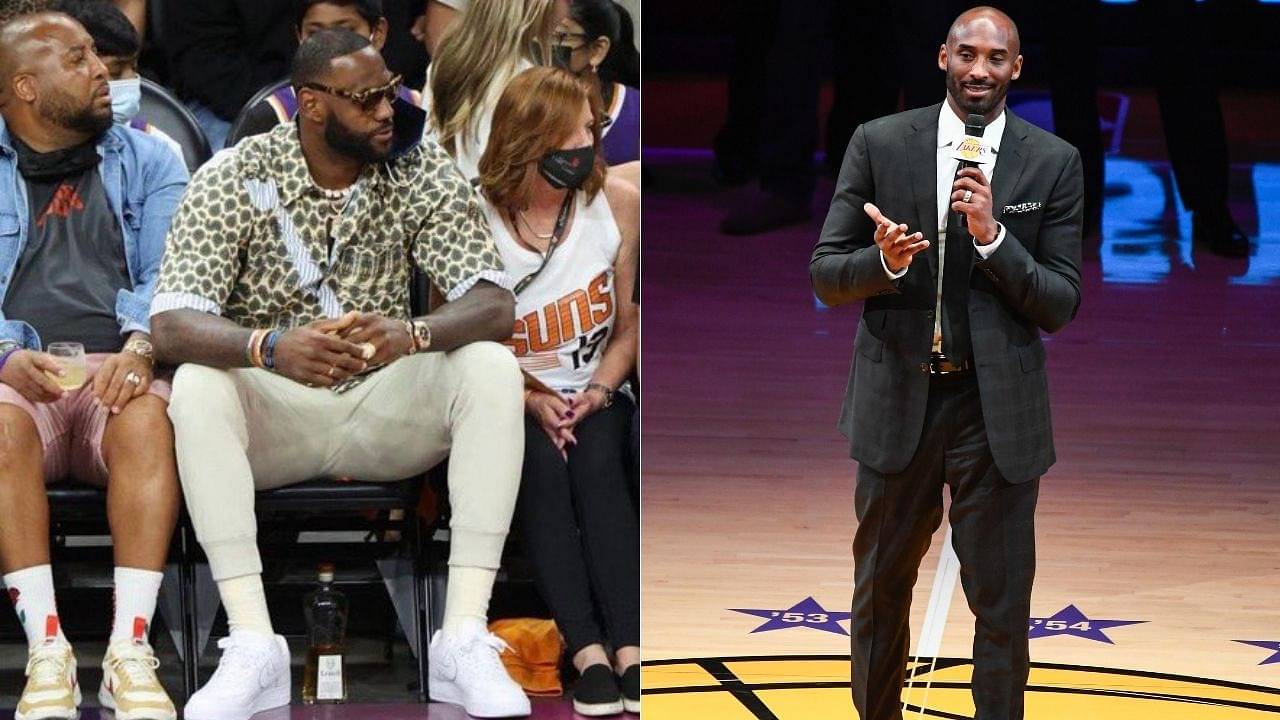 Shannon Sharpe made quite a surprising admission on All the Smoke Podcast. He says he used to pull harder for Kobe Bryant than he does for LeBron James.

Kobe Bryant may have gone away from this mortal world a little over 2 years ago. But fans like us will make sure that tales of his work ethic live longer than the world’s problems.

Bryant was a different gravy when it came to dedicating oneself to their craft in pursuit of absolute excellence. This was a man who’d practice the same move over and over again for 3 hours straight, despite being the consensus best and most unstoppable player in basketball.

If there’s one guy about whom it’s hard to exaggerate the legend, it’s the Black Mamba. All those stories you might’ve heard about someone going the extra mile, they fit Kobe too well.

Also Read – Would you rather have a car that starts or one that doesn’t crank? Shannon Sharpe drops truth bombs on why Daryl Morey won the James Harden-Ben Simmons trade for the Philadelphia 76ers.

“Man, You couldn’t tell me NOTHING about Kobe Bryant!”: Shannon Sharpe

Shannon Sharpe is a man who’s earned great visibility on the TV screen following his retirement from pro football. He stars in the morning talk show Undisputed for FS1 opposite to Skip Bayless, who hand-picked the Hall of Fame tight end as his opposite number.

Sharpe’s calling card on the show is his extremely quick wit and presence of mind. What he’s also included in his schtick is a propensity to insert LeBron James into the GOAT debate in favorable fashion whenever he can. Sharpe once came wearing a goat mask after a legendary LeBron performance – a skit that he’s repeated quite often.

However, Sharpe says that he stanned 20-year Lakers legend Kobe Bryant even harder at one time:

“If I say LeBron was better than Kobe, that doesn’t mean I dislike Kobe! But here’s something people don’t really know. I used to cape for Kobe harden than what I cape for LeBron.”

Also Read – Now that the Sixers have finally gotten rid of Ben Simmons, Joel Embiid has got to recreate the iconic shirtless dance! An old video resurfaces of the Philly MVP wildly dancing at Meek Mill’s concert.