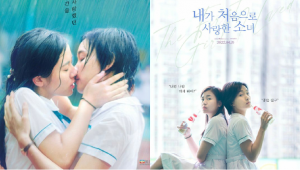 Set in a traditional elite girls’ school in Hong Kong, the two protagonists Nam and Yuet developed feelings for each other during their schooling days, where the girls would frequently gather during assembly sessions. Whereas one saw their uncertain relationship as love, the other deemed it as growth.

Many years later, Yuet got in contact with Nam and invited her to be her bridesmaid – causing their memories to come flooding back, as Nam has to “pass” her once beloved to Yuet’s chosen life partner.

Going Behind the Scenes

Describing his film as a “low-budget local film”, Yeung confessed that it had been challenging to handle every aspect from conceptualization to production – which took him “three to four years”, but he nevertheless enjoyed the process.