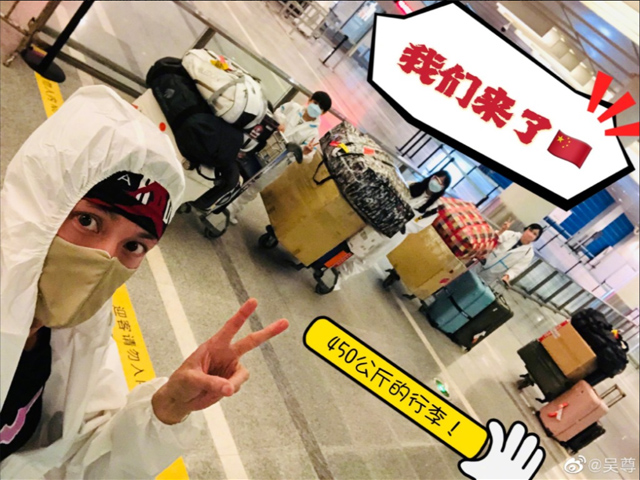 Flying his family over to China last year, Wu Chun (吳尊) could film for variety shows while spending time with his wife and two children. Although there has been ongoing rumors of the actor permanently moving to China, Wu Chun actor finally officially announced his relocation on March 21.

Initially, Wu Chun’s children, NeiNei and Max, were said to study in Australia. After news surfaced that Wu Chun had plans to move to China instead, he and his family surprisingly went back to Brunei, leaving questions as to whether they will remain in his birth country instead.

Back home in Brunei, Wu Chun shared photos of his family during quarantine. Since Wu Chun’s sprawling home was equipped with water slides, basketball courts, tennis and badminton courts, many netizens commented that his quarantine period looked more like a luxurious resort vacation.

Apparently, Wu Chun was only back in Brunei to make final preparations before relocating his entire family to China. Making an official announcement on social media, Wu Chun wrote, “23 luggage cases, 450 kilograms – all thanks to NeiNei and Max’s help. The power of family. Yes, we’re moving to China. New life, new dreams, new experiences – we hope to create more beautiful memories!”

Blessings and warm messages flooded Wu Chun’s social media where netizens welcomed his move. Many believe he will find more work opportunities in China, while some netizens hope that NeiNei and Max will continue to improve their Chinese.

This article is written by Su for JayneStars.com.