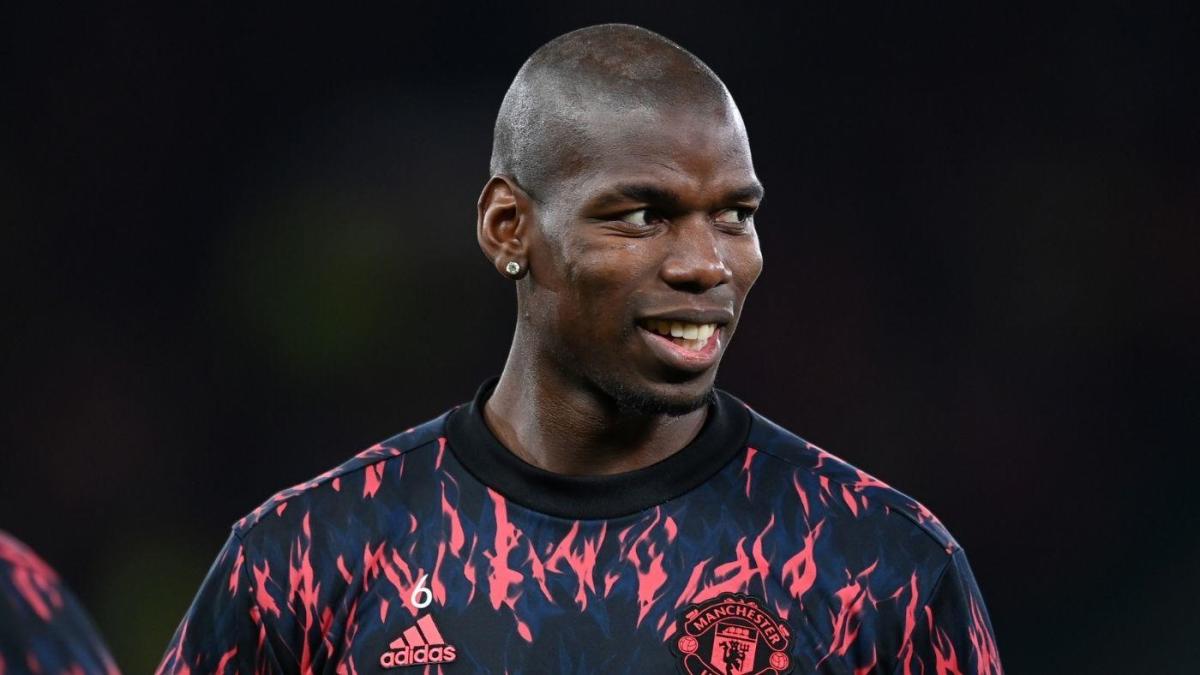 Could Paul Pogba be trading sides of Manchester? According to the Daily Mail, Manchester City are interested in signing Pogba when his contract at Manchester United expires at the end of the year. CBS Sports insider Fabrizio Romano adds that there is nothing advanced in the saga yet and that PSG are a team that is also courting Pogba. Manchester City are also monitoring Frenkie de Jong but they’d have to pay a hefty transfer fee for the Dutchman instead of signing a player on a free, a factor that might be important given that City are also a leading contender to sign Borussia Dortmund superstar striker Erling Haaland this summer.

Pogba has been a mercurial figure during his six years at Manchester United and his commitment to the club has been questioned as he has angled for a move almost every summer since he arrived at the club from Juventus for the eye watering transfer fee of almost £180 million. But taking into account that United have employed four managers during Pogba’s tenure (five if you cant the incoming Erik ten Hag who will take over this summer) while struggling for success in the league and on the continent, it is easy to understand where some of Pogba’s frustration has come from too.

Pogba was central to Jose Mourinho’s Europa League winning side where he operated mainly as a defensive midfielder but since he has historically been more of a box-to-box style player, he didn’t seem to enjoy the lack of freedom and eventually he was sidelined by Mourinho in the manager’s second season with the club.

The pattern would repeat from manager to manager. There were stretches, like when Ole Gunnar Solksjaer took over from Mourinho, when Pogba was a regular starter and influential contributor, but they were inevitably followed by stretches where either by choice or injury the Frenchman was marginalized.

Due to Pogba’s lack of playing time, and the injuries he’s sustained over the past few years, it’s hard to tell if he still has the same kind of passing range and mobility of his younger years but there were similar concerns surrounding a player like midfielder Ilkay Gungogan when he moved to City from Borussia Dortmund. Gundogan is an apt comparison here because he’s the player closest to Pogba, a midfielder who is both a strong passer on the ball and who is adept at getting up the field and into the box as a goal threat.

Going into a Pep Guardiola system would be a unique challenge though. Pogba hasn’t always been a willing presser as a midfielder but he also isn’t necessarily the defensive liability that he is portrayed as either. When he’s on international duty with France, playing next to N’Golo Kante, he plays as a traditional, defensively responsible fulcrum. Surrounded by the best players in the world like in his Juventus days, it’s possible Guardiola could get the France Paul Pogba on a weekly basis.

One thing that Pogba can bring is a somewhat maverick nature on the pitch. When the going gets tough for City, few players break from Guardiola’s system and while that could be a side of Pogba that will drive the famously controlling manager mad at times, it’s also a side that would perhaps given them a different look when they need it (like say when trying to come back against Real Madrid in extra time after conceding two goals in injury time in the Champions League semifinals). Jack Grealish provides that kind of electricity with the ball at his feet on the wing, but Pogba could, potentially, do the same thing in the center of the pitch.

And the things Pogba does well, he still does very very well. Since the 2017 season, only five players have collected more assists than Pogba’s 34 and that’s despite him playing at least 20 games fewer than each person ahead of him. The leader would be his teammate if the move to City came to fruition in de Bruyne with 56. The chance to combine that kind of creativity in the center of the park doesn’t come often so it makes sense that City are doing their due diligence here.

Of course, there is a risk that comes with adding Pogba to the team, but most of those are mitigated by him being added on a free transfer. City has the resources that wages paid out don’t really matter, so if Guardiola believes that Pogba fits into the culture of the team he’s building, the rewardscould  certainly outweigh the risk of signing a player who at his best is one of the best midfielders in the world.