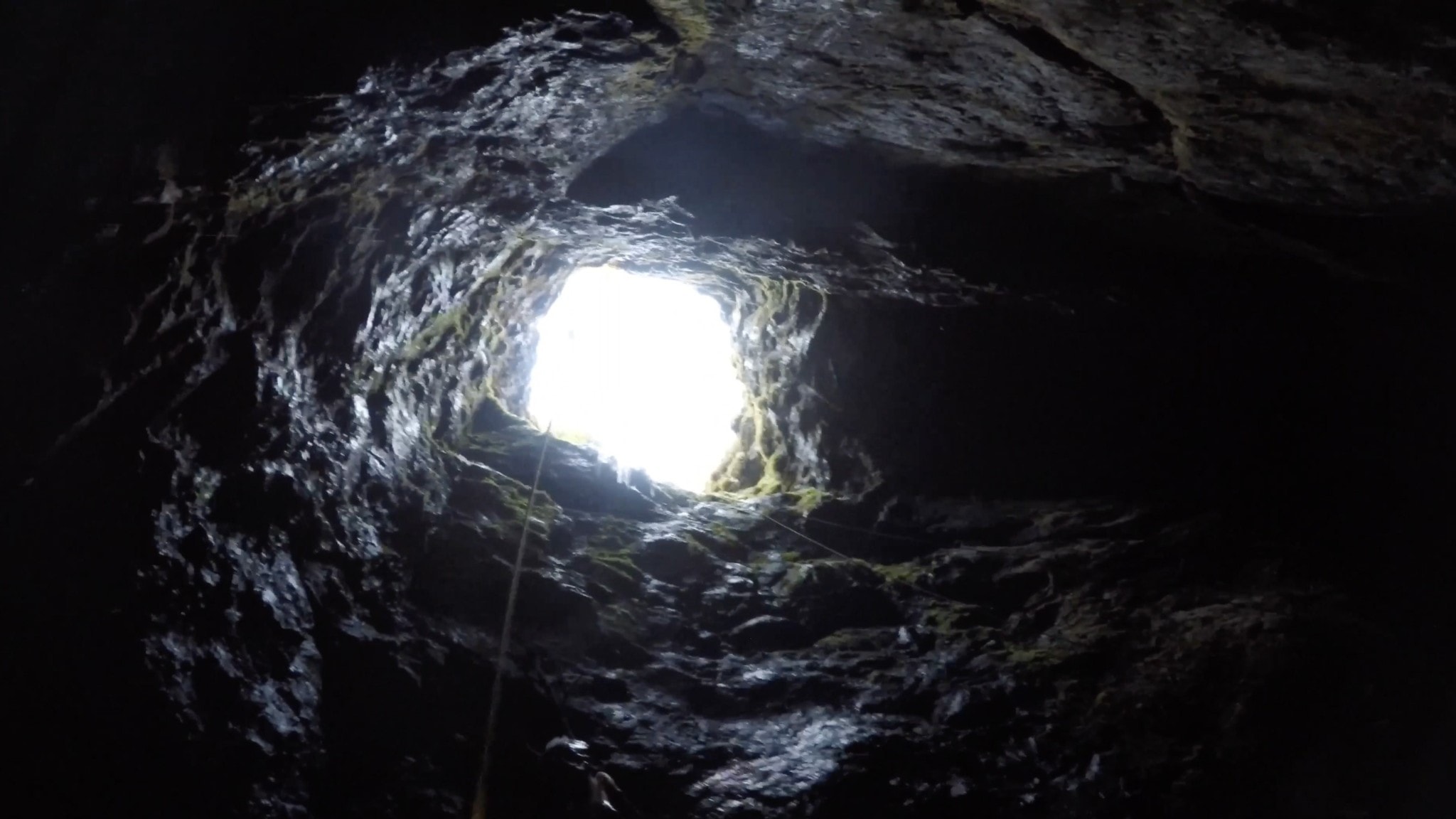 A woman was found in a pit in Norberg on Friday evening.