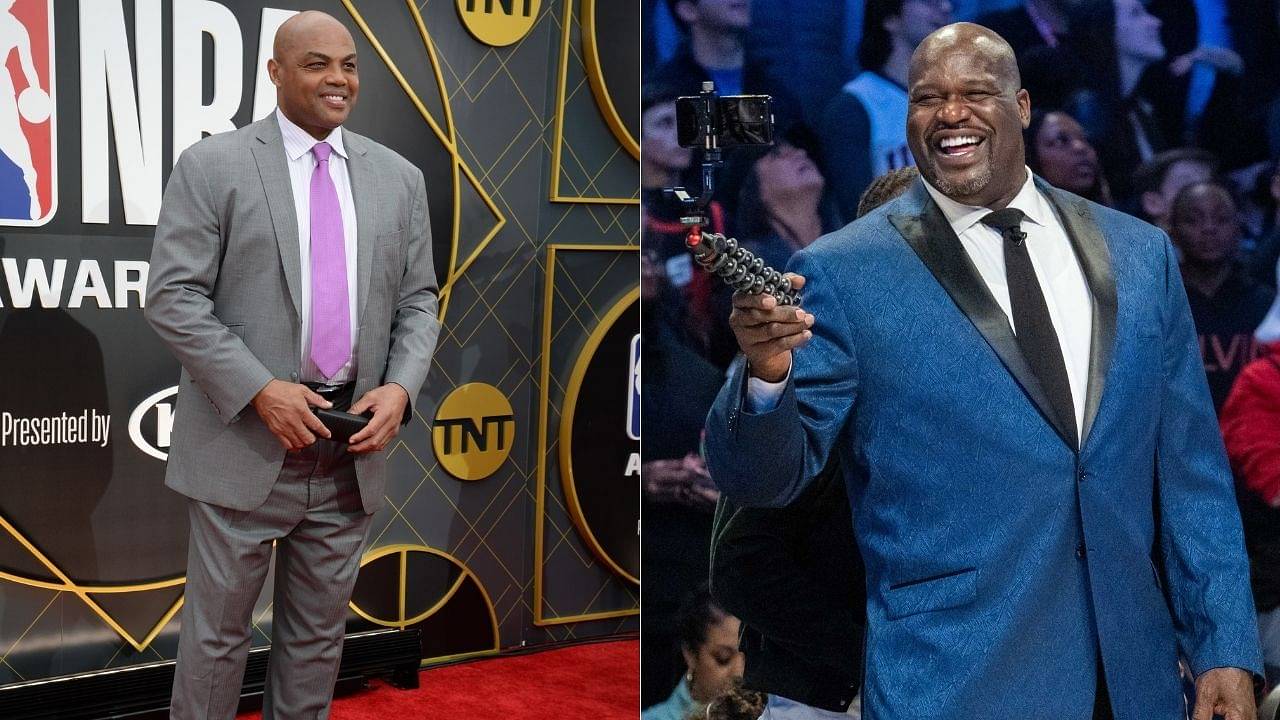 Shaq once laid quite the compliment on Charles Barkley to everyone’s surprise, shocking Kenny Smith on the set of ‘Inside the NBA’.

Charles Barkley made his way to the NBAonTNT set right after he retired from the game of basketball as a Houston Rocket. With him joining Ernie Johnson and Kenny ‘The Jet’ Smith on ‘Inside the NBA’, the show quickly caught everybody’s attention.

The segments got wilder, the dialogue got funnier, and the takes got more eccentric than ever. However, dropping a freshly retired Shaquille O’Neal following his Achilles rupture with the Boston Celtics, onto that set with Charles Barkley already on it was a recipe for TV gold.

Also read: ‘Kevin Durant was the MVP, but not the best player on the Warriors’: Charles Barkley comes out with crazy theory about Nets star’s time with Steph Curry

Having two heavyweights of the NBA world go at one another every time they take to air is something the media world needed. Not to mention the fact that both Chuck and Shaq are perhaps two of the funniest guys out there.

While their takes on other players are hilarious and straightforward, it’s their verbal jabs at one another that really have audiences in splits.

Charles Barkley gets a rare compliment from Shaq.

The insults that are exchanged between Charles Barkley and ‘The Big Aristotle’ are usually of the same type. The former will poke fun at him for getting swept in the Playoffs and for having dumb takes while the latter will go at Charles for never having won a championship while flexing his own ‘G-14 Classification’.

Also read: “In the hood we call this a punk move.”: Shaq and Charles Barkley weigh in on Ben Simmons’ apparent injury concern

However, there are a few rare moments on the show that let audiences know that it’s all love between the two at the end of the day. That is, if it isn’t painfully clear that these are all jokes that are exchanged between people who are on extremely good terms and are close.

On one particular segment while breaking down a game between the Philadelphia 76ers and the Atlanta Hawks, Charles talks about how Shaq was a ‘great player’ while he himself was a ‘really good one’.

Shaq stops Chuck mid-sentence and reassures him that he was also a great player during his time. This leads to a heartwarming moment between the two with Charles Barkley saying, “Thank you brother,” afterwards. [at the 0:15 mark]