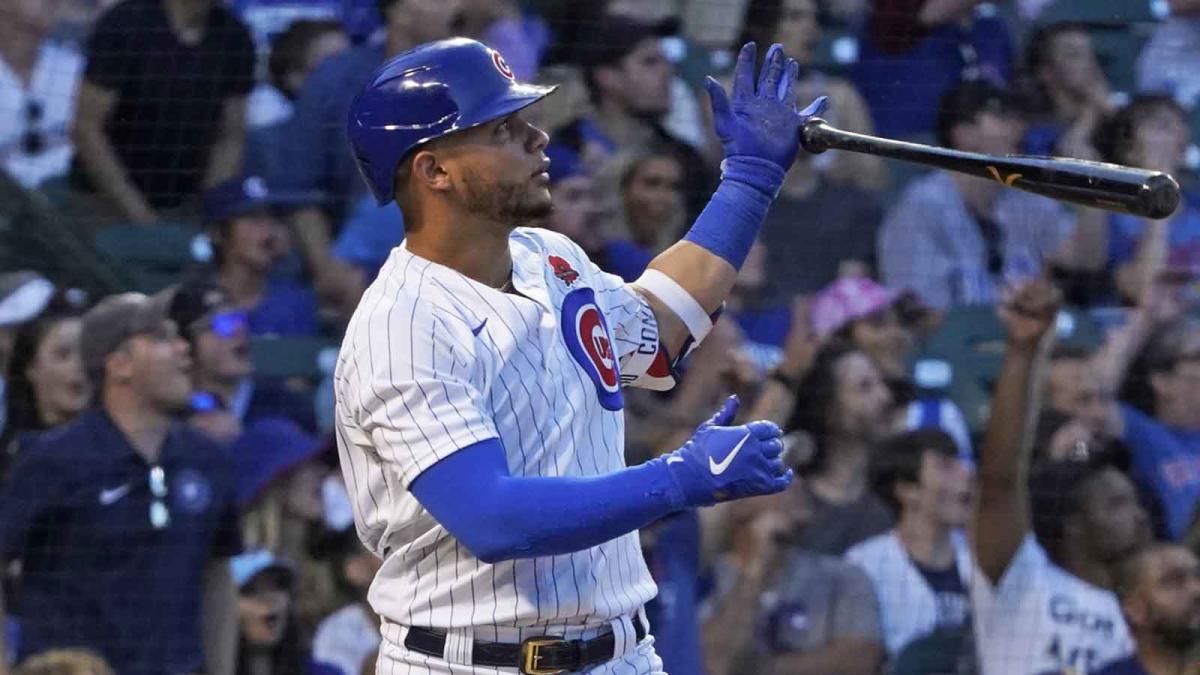 The Cubs spent 21 innings the last two nights showing national television audiences exactly what this season is about, whether they say it out loud, deny it or obfuscate.

Which made those two games a pair of extra-inning ads for what the Cubs are shopping at the trade deadline.

“Our goal is to build something really special, just like last time,” team president Jed Hoyer said recently. “And I think sometimes to do that you have to take the long view.”

That’s one genteel way to spin it.

Here’s the more straightforward way that ESPN’s Buster Olney observed Sunday night: “Last year we saw a massive selloff by the Cubs. This summer there’s going to be another selloff, let’s face it.”

Spin it if you want. Spin it over and over (where it stops, nobody knows).

But the fourth-place Cubs (23-32) have the price tags printed and the auction house open.

They’re a little short on starting pitching, at least until Wade Miley and perhaps Drew Smyly return from the injured list.

But relievers, hitters and a fielding specialist? They’re open for business.

1. Willson Contreras (last week: 3). Need a catcher? Need a bat? The best catcher in the game right now is looking a lot like the best overall hitter who might be available on the market, increasing his market value almost weekly.

The pending free agent’s OPS is up to .916 and ranked fifth in the National League after another big week, this time during the nine-game week against division leader Milwaukee and the second-place Cardinals.

And in case you’re wondering, the biggest question isn’t whether the Cubs reconsider and starting talking extension with the just-turned-30 veteran who’s been an exceptional mentor for younger players this season, including rookie sensation Chris Morel.

It’s whether he’ll still be wearing a Cubs uniform when he plays in the All-Star game next month.

2. David Robertson (last week: 5). Making the biggest jump in the polls is the veteran rent-a-closer who might attract even more buzz than Contreras if he keeps up the kind of work he’s done all season during his first full season since 2019.

He’s 7-for-9 in save chances with a 2.22 ERA and last week showed his the value of his impact versatility in three scoreless outings that included a save and — during Saturday’s national TV game — a multi-inning hot-spot appearance in which he entered a 3-3 game with the bases loaded in the seventh, struck out red-hot Paul Goldschmidt.

He finished that outing by inducing an inning-ending grounder from Goldschmidt after loading the bases with two out in the ninth.

Anybody feel like jumping the market for a back-end bullpen piece?

3. Ian Happ (last week: 2). The perception that Ian Happ can be had at the deadline is not going to go away until the Cubs show a scintilla of interest in extending him beyond his final year of club control next year.

For now, another big week (1.129 OPS) against the division big shots has Happ looking as good — and more importantly, as consistent — both at the plate and in the field as he has in his career.

Price goes up if he earns a first All-Star bid — for trade suitors and for any potential Cubs extension.

Which probably means fans should enjoy Happ’s breakout season while he lasts on the roster.

4. Mychal Givens (last week: NR). The veteran right-hander makes his debut in the power rankings just in time for a trip back to Baltimore to face the team that drafted him in the second round in 2009.

Another rental, the one-time Orioles closer has quietly gone 4-0 with a 3.22 ERA with a 12.1 (per nine innings) strikeout rate that’s second only to Robertson’s 12.5 on the team. He’s coming off a 2.25 May in which he struck out 63 percent of the batters he faced.

5. Andrelton Simmons (last week: NR). Another newcomer to the rankings, the four-time Gold Glove winner has backed up that fielding reputation with brilliant play since debuting in mid-May after opening the season on the IL nursing a shoulder issue.

He’s a perfect, affordable fit for a team that has plenty of hitting but needs to shore up its run prevention for October, right White Sox?