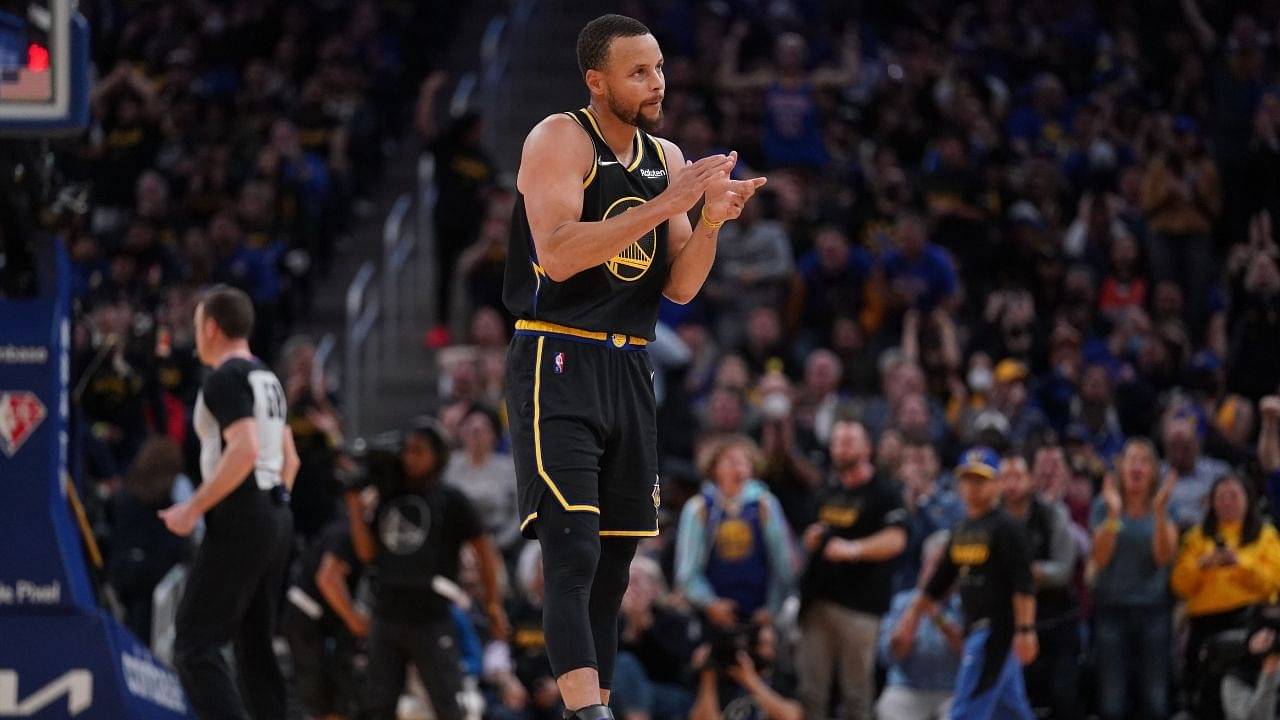 FS1 analyst Skip Bayless doubts Stephen Curry and his work in the playoffs, still isn’t over the 2016 NBA Finals

The Golden State Warriors are back en route to a deep playoff run. After two years of missing out on post-season action, the Warriors took on reigning MVP Nikola Jokic and his Nuggets in the first round. The Dubs made it a quick affair, wrapping things up in 5 games.

With their win last night, the Warriors have now won 19 out of their last 21 playoff series, dating back to 2015.

The Warriors have won 19 of 21 playoff series since 2015. pic.twitter.com/8KukH0siBa

There were many who were rooting for the Warriors, ever since Klay Thompson returned. Now, there are even more people rooting for them, especially after seeing their dominant first-round performance.

Skip Bayless has increased faith in the Warriors, but he still is not sure about the extent to which they can succeed. He claims to not have faith in Stephen Curry and his post-season performances.

The Golden State Warriors have only lost two playoff series in the last 7 years. One happened due to injuries to Kevin Durant and Klay Thompson, and the other was the infamous blow of the 3-1 lead. Ever since 2016, Skip Bayless has hated on Stephen Curry. The reason? Steph enabled LeBron James to win his 3rd ring.

Talking about the same on Undisputed tonight, Skip said that the Warriors would only go as far as Steph can lead them.

“This new Golden State team will go as far as Steph Curry carries them. Too often he comes up small in the postseason. I’ll never get over the way Steph handed LeBron that ring up 3-1.”

This is Steph’s time. LeBron is LeGone, KD is KDone. The skies have cleared and Steph is the biggest star left. Let’s see if he can take over the playoffs from here. More @Undisputed, now on FS1 https://t.co/TIRemGyZ8I

Also Read: “That’s why he’s Stephen Curry and you’re Gilbert Arenas”: NBA Twitter shows Agent 0 his place as he suggests he would never come off the bench

Steph isn’t a bad playoff performer. In his 117 playoff appearances, Stephen Curry has averaged 26.6 points, 6.2 assists, and 5.3 rebounds, on his usual shooting splits. Skip needs to get over 2016, and needs to focus on the present.

With the way the Dubs have kicked off the 2022 post season, the sky is the limit for them.