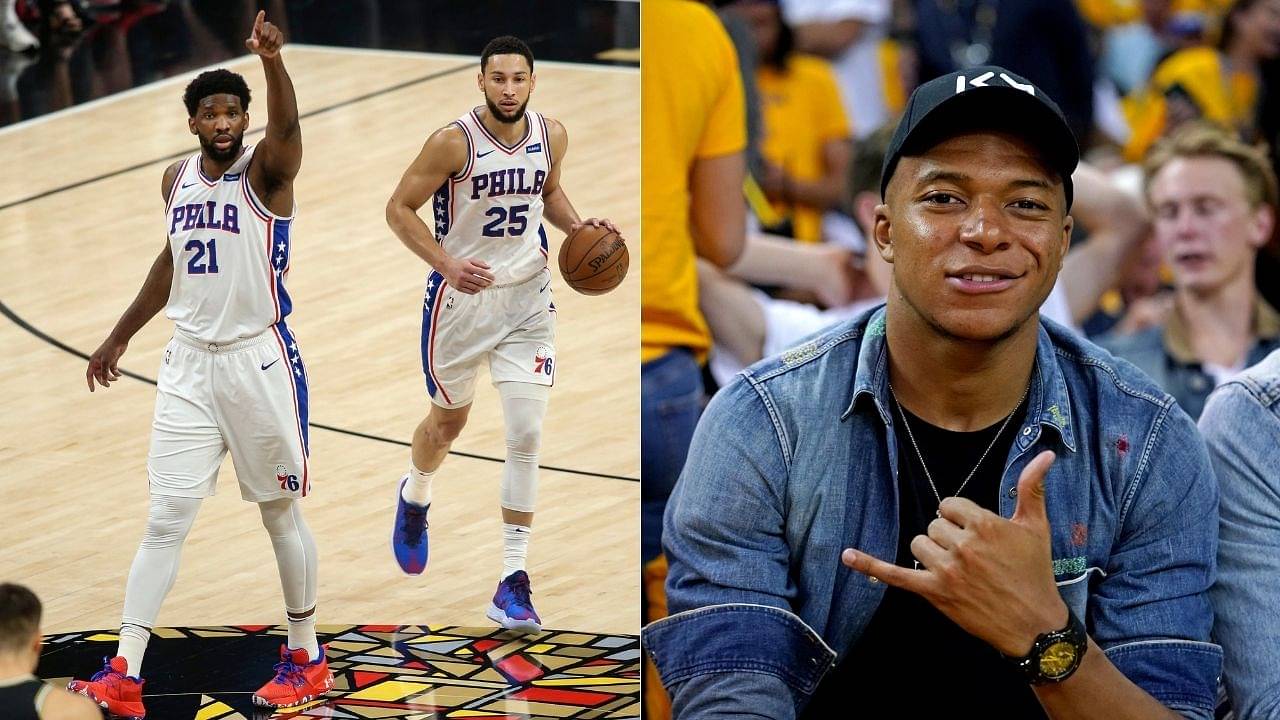 Joel Embiid laid out Dani Carvajal for his unnecessarily aggressive defensive positioning, which contributed to a goal by Kylian Mbappe.

As a Cameroon-born lad, Joel Embiid was born and brought up in an environment that placed football above all sports. And in that sense, Embiid’s footwork seem to now have a more reasonable explanation – much like Hakeem Olajuwon before him.

The 27-year-old has grown up stanning the 13-time European champion Real Madrid franchise. While this season Real Madrid looks set to regain the La Liga title, their Champions League campaign is in imminent danger of a quick ending.

Kylian Mbappe knocked in the goal that has buried the Galacticos in what seems to be an insurmountable deficit. It’ll take a hell of a comeback by Carlo Ancelotti’s wards to take a win from this tie from here.

Also Read – Kobe Bryant humiliated me after I wore Jordans against him! Bulls’ DeMar DeRozan reveals hilarious anecdote during his appearance on Serge Ibaka’s cooking show.

Real Madrid found themselves exposed on a ruthless counterattack hatched by Neymar and finished off by Mbappe. The Parisians got the ball back and were able to get it to Neymar, who was open in the middle third.

Neymar chipped up a sumptuous left-footed ball into the path of the motoring Mbappe as Eder Militao found himself too high up and Carvajal totally out of position. This tactical error by both defenders was enough to send Joel Embiid off to Twitter.

Why does Carvajal insist on playing so high against Mbappe out of all people?

Also Read – Is Cam Johnson playing vs Miami Heat? Phoenix Suns release injury report for their forward ahead of marquee matchup against Jimmy Butler and Co.

At the time of writing, Real Madrid will be fighting to wipe out their 2-goal deficit within the last half. It’s going to be another great half of classic Champions League football for sure. And Joel Embiid will be seeking Dani Carvajal out for special treatment unless something changes.