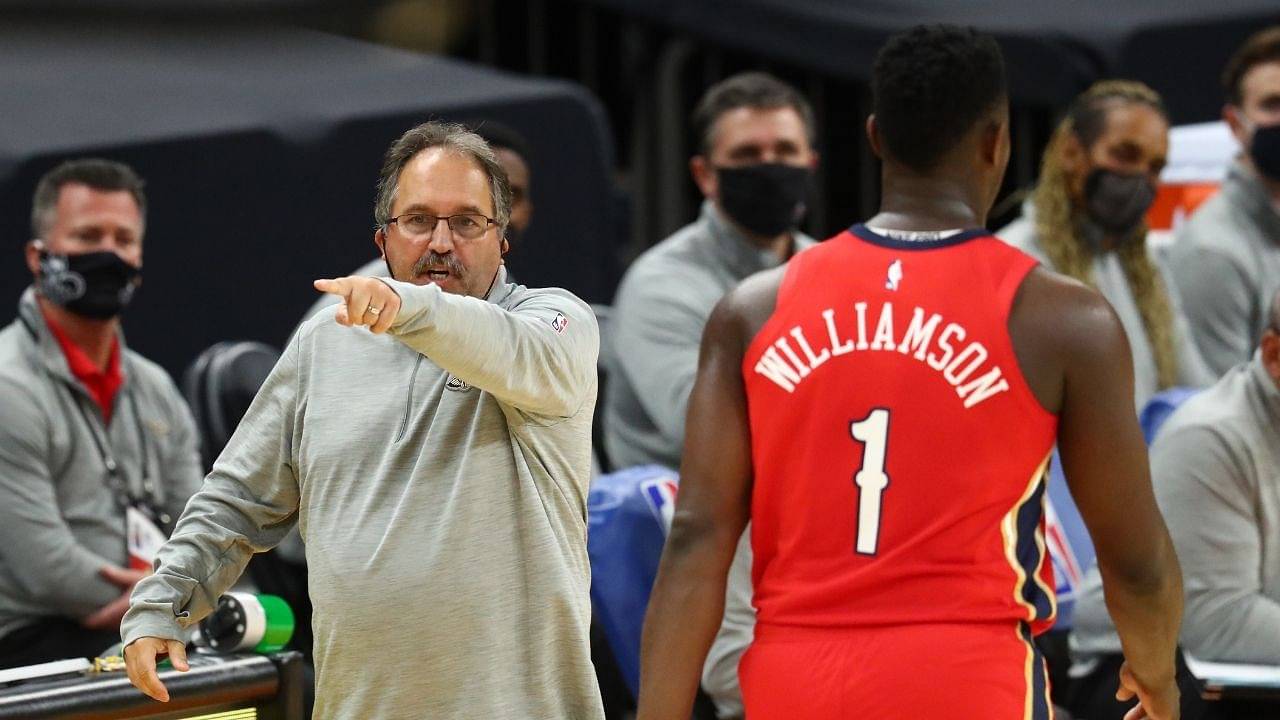 So… we’re finally going to call it what it is, right? Zion Williamson may just be pulling a Ben Simmons, to force his way out of New Orleans.

We understand this can be hard to hear… or read for Pelicans fans. After all, they have battled hard for years now, calling the former Duke phenom the next coming of Shaq. Heck, they even called him better than Ja Morant, for god’s sake. JA MORANT.

Until now, the speculation has been that the 21-year-old wishes to join up with fellow Duke products, Cam Reddish, and RJ Barrett in New York.

Hey, since the three did play together in college, at least chemistry shouldn’t be the problem.

After considering all factors related, most fans have concluded that the Knicks could be a very good situation for Zion… except a certain former head coach of his.

Let’s get into it, shall we?

You may know that Stan Van Gundy was once head coach of the New Orleans Pelicans for about a year before current head coach Willie Green replaced him.

You may also know that, up until last season, the New York Knicks hadn’t been a very good team for about a decade. Heck, prior to their playoff run last season, the team had cracked the postseason just five times since the year 2000. That’s 5, out of 19 whole seasons.

Why are we telling you all this? Well, to find out, take a look at the tweet below.

“When is the last time it actually happened that somebody actually came and tried to get their way to New York? Like,never in the last 20 years? But still the Knicks and the Knicks fans think everybody is trying to get to the Knicks”

Now, we won’t say that Van Gundy was wrong here, per se. Neither will we say that the man perhaps holds a grudge against Zion Williamson and the Pelicans’ constant backing off him, even when he was rumored to want his head coach out the door.

All we will say is… damn. We doubt blows of any kind get lower than that.

Also Read: “LeBron James told me he’s leaving the Cavaliers for Miami a year before leaving”: Charles Oakley shockingly reveals the Lakers superstar knew all along he would leave the Cavs