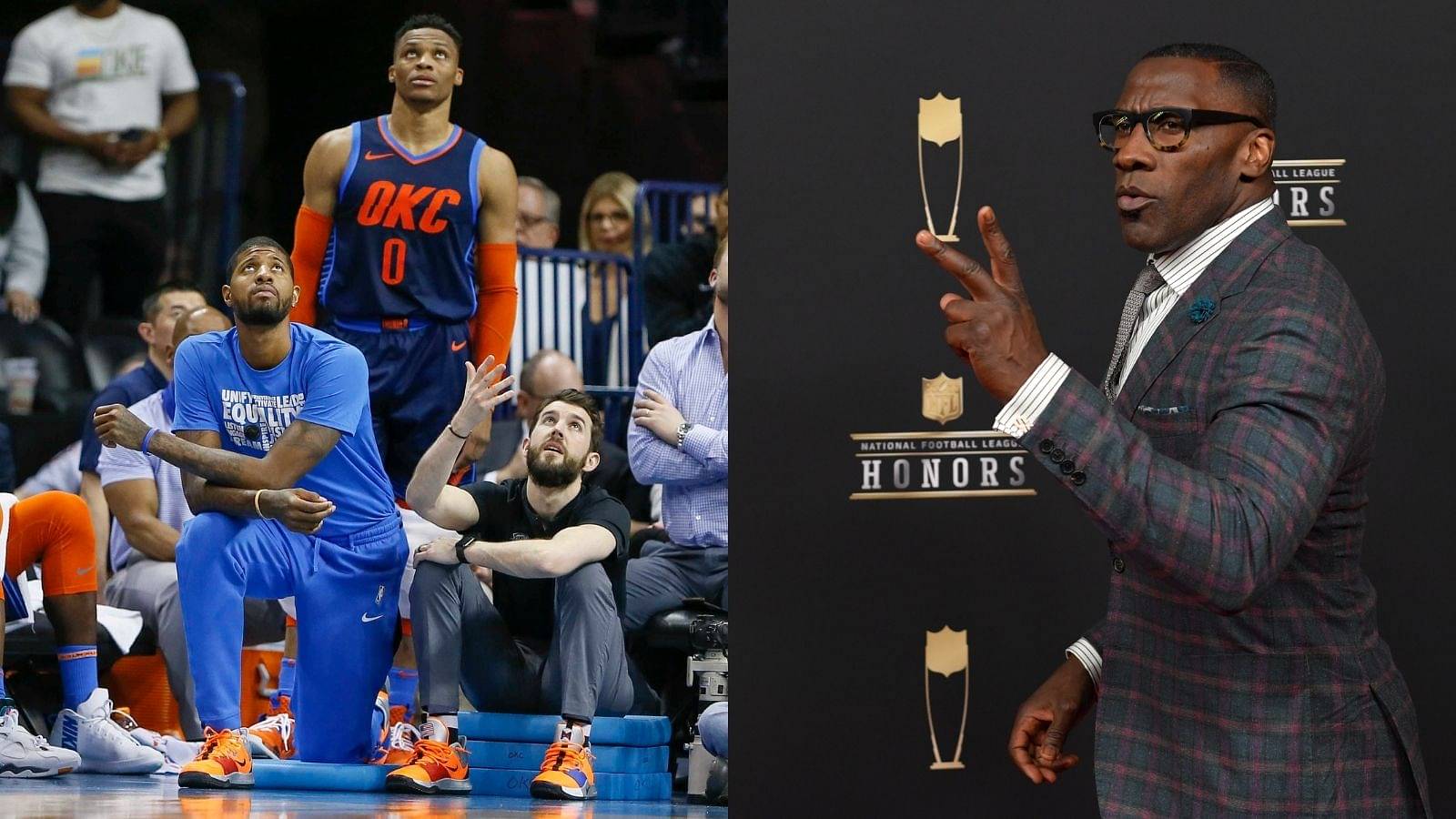 Shannon Sharpe defends his colleague, Skip Bayless, saying why name-calling Russell Westbrook is wrong when “Pandemic P” was not.

There’s been a battle going between Russell Westbrook’s side and people who believe the man has tricked the Lakers who expected him to be as good as he played last season with the Wizards if not better.

The 9x All-Star has been receiving constant hate since he joined the LA team after LeBron James and Anthony Davis themselves recruited him. While he is largely accountable for the several losses his team has suffered this season, he is not the sole reason why the Lakers are where they are (28-36).

Whether Westbrook should be the prime target for the slander out of all Lakers is a debatable matter. One that includes the injury-prone AD and lackluster performance by every other Lakers player as well, not just Brodie.

But we know how the entertainment business works, the target would always be ones which can stick. And calling Russell various names including “Westbrick” did stick for various media personalities including Skip Bayless.

While the veteran analyst popularized the name, he faced stern resistance from Nina Westbrook who came forward to share the struggles she’s been dealing with online since it all started.

Shannon Sharpe, the NFL legend and Fox Sports analyst, recently came forward to defend his fellow analyst’s take, first on his show “Undisputed” and then on Twitter. The duo also suffers a lot of online threats and harassment by fans of the players they criticize.

Shannon himself never stoops as low as his partner. He tried to make a fair argument in defending Skip who Mrs. Westbrook considers responsible for the harassment she is suffering these days.

But calling Paul George pandemic might not have affected anybody but the Clippers man himself because it’s his first name. But “Westbrick” slander brings all Westbrooks into it, most of Russell’s family is already been made fun of using that name according to him and his wife.

Skip might or might not understand the name-value he brings down when he calls players by the names like “LeBrick” and “Westbrick”. They have put in decades of work to build that brand.

But when it’s starting to affect families he should start walking back towards the line he crossed a long time ago.