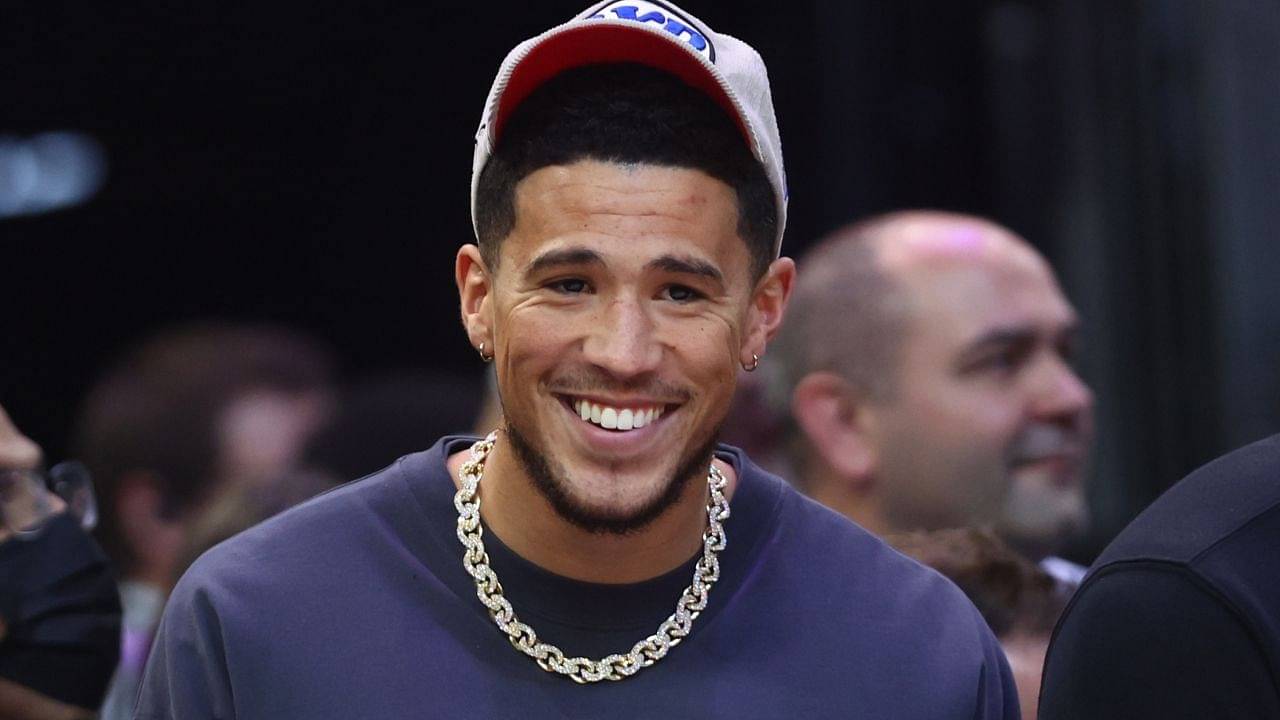 Devin Booker cannot live without his sneakers and his special edition Moss Point Air Force 1s are preferred by the likes of OBJ!

When talking about the 10 things he cannot live without, Devinn Booker had to give his shoes a shoutout. We know that NBA players love sneakers. Actually, love might be understating it.

Most players live and die by their sneaker collection. Booker is no stranger to that ritual. He recently showcased his home in an Architectural Digest feature and he had a special place for his sneakers.

It is only right that we focus on the one shoe that was made for him, his Air Force 1 ‘Moss Point’ edition.

The reason why these sneakers mean so much to Devin is that Moss Point was his high school and the shoes are dedicated to his alma mater.

He calls them ‘the Holy Grail’. Booker also refers to how when Odell Beckham Jr or OBJ also showcased the same pair of shoes when he was on the segment.

The segment we are referring to is GQ’s 10 things I can’t live without. Booker calls them his favorite shoes. He also talks about how the shoe has a lot of easter eggs surrounding his high school life.

Will he get buckets today as the Phoenix Suns take on the Dallas Mavericks, you bet. Will he wear these sneakers with his pre-game fit? We will have to wait and find out.