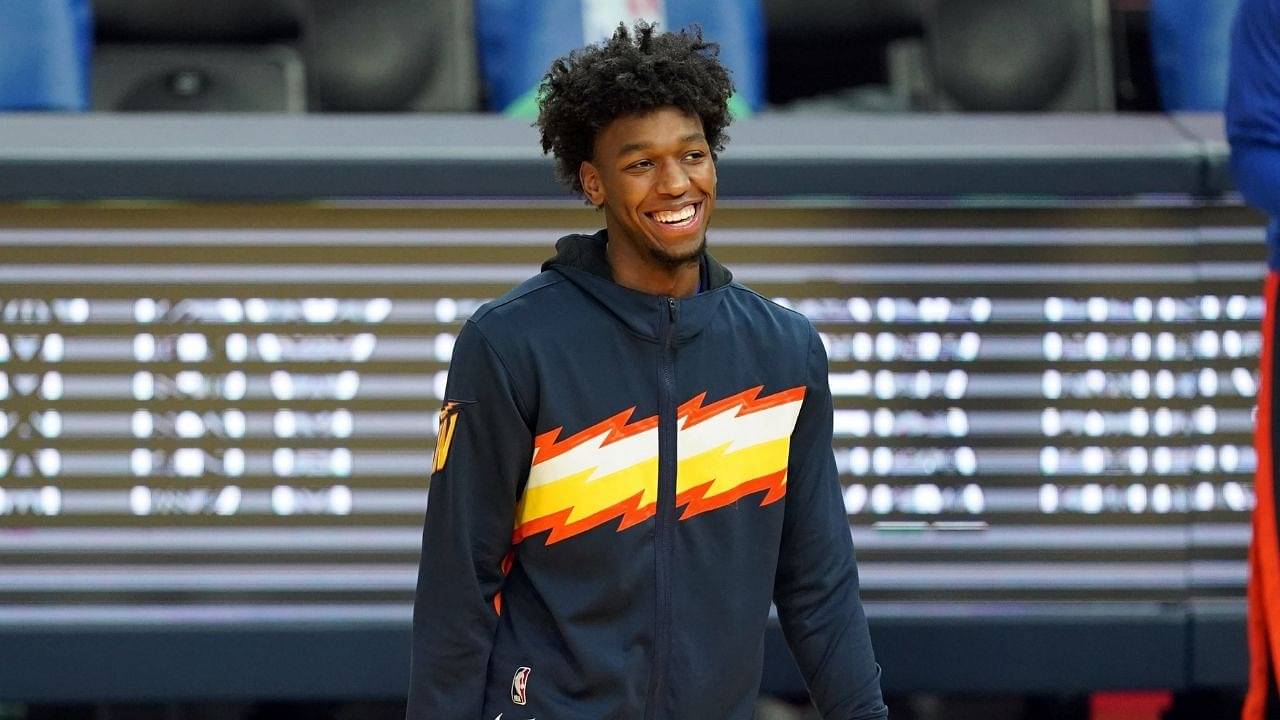 The Golden State Warriors are going through a rough patch as the season comes to a close, so any good news would be beneficial to the team’s morale.

He has yet to appear in a game this season, but he is as close to a return as he has ever been. He averaged 11.5 points and 5.8 rebounds as a rookie while shooting 51.9 percent from the field.

With Green out, Kevon Looney is the Warriors’ only other true big man on the roster. Wiseman’s length and athleticism would provide a much-needed vertical spacing threat on the offensive end, but he is still very raw and struggled defensively in 39 games last year.

Why James Wiseman’s return is much anticipated in the Warriors organization?

James Wiseman has been recovering from surgery after a torn meniscus cut-short his rookie season.

Stephen Curry and Golden State are struggling with the lack of big men in the roster and more than anything else, the Warriors could use Wiseman’s size.

Although the team does not want to put too much pressure on the young big man, he is a critical component of their potential success. Everyone knows that the seven-footer could be the key to winning big in the postseason.

Head Coach Steve Kerr says James Wiseman headed back to the Bay to work out with the guys who are not playing tonight in Denver. Kerr says Wise continues to look good and make progress, but there is still no date targeted for his return. @kron4news #DubNation

His return date has not been set, but it will be soon. Kerr has continued to tell the media that they are taking things day by day, so the Warriors are focusing on fixing things with what they have until he is ready.

Given everything the Warriors have said and left unsaid, it appears clear that any significant impact the 7-footer will have on the Warriors winning another championship will happen in 2023 – or later – rather than 2022.