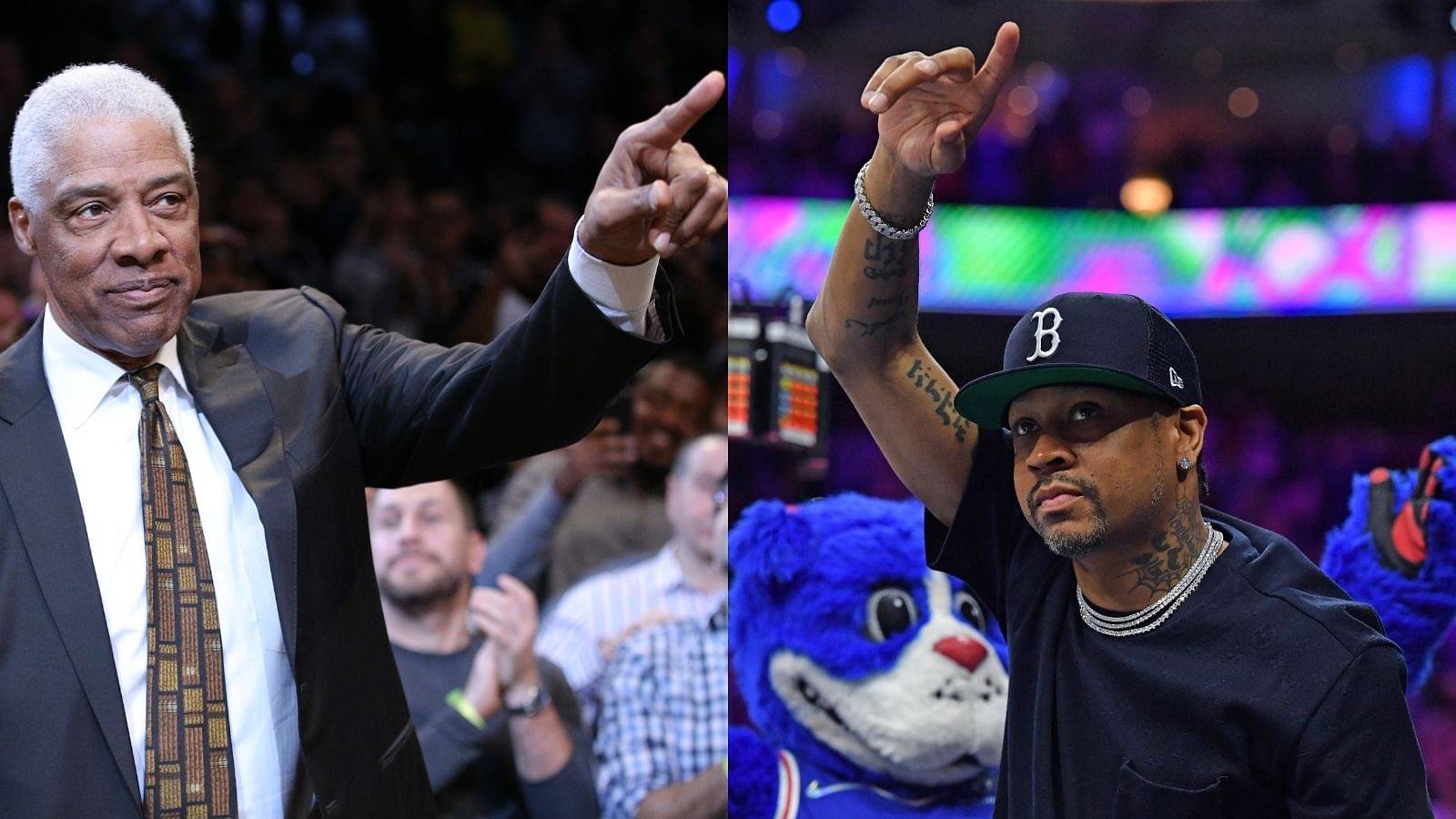 Dr. J and Allen Iverson were in the building to watch James Harden led Sixers’ first game against the Nets, which is becoming a big rivalry in the NBA.

Ladies and gentlemen, fans and casuals of the basketball community, we have a new official rivalry in the NBA. Thursday night when the Philadelphia 76ers took the court against the Brooklyn Nets, it was pretty evident that we have got ourselves a new rivalry in the league for years to come.

It was the first game between the teams since the Ben Simmons, James Harden trade on February 10th. That trade was a strong rumor days before it actually realized but since it happened, turning out to be one of the most blockbuster trades of all time, this game became the most awaited game of this season.

But even before this trade, the conflict between the two teams had become a thing. Joel Embiid and Kevin Durant’s stir during their earlier games this season had some exciting back and forth between the two superstars.

Adding Slim Reaper’s former teammate in that battle has put more fuel to the fire. Such was the excitement for these new-made enemies that “The Answer” and “The Doctor” couldn’t miss the action.

Dr. J and Allen Iverson gave their presence for the big game in Philly

When the 76ers took on the Nets on Thursday, the game had the sheer strength of the wild Philly crowd as they got their first chance to have a glimpse of their former point guard. But there were some of the biggest Basketball personalities of all time, who also wanted to witness the high-profile battle between the new rivals.

“The Answer & The Doctor at the game, you know it’s big!” 💯 pic.twitter.com/fz9oB8zXnO

Dr. J aka Julius Erving is one of Philadelphia’s biggest superstars of all time, his breathing-taking dunks wearing Converse sneakers are always fresh on any Philadelphian’s mind. He led the Sixers to their 3rd Championship in 1983, which is also their latest.

While Allen Iverson had an entirely different game, personality, and career path altogether. Although he wasn’t able to win any championship in 10-years with the franchise or throughout his career, the man changed the game in his own rights, not just the way guards play the game, but also how the league controlled players’ lifestyles. AI changed the culture in NBA for good.

Also read: “James Harden has a reputation for fading in big games!”: Charles Barkley drops truth bomb on Sixers superstar, questions his ability in the games that matter

Having both the Sixers jewels courtside, Joel Embiid and Co should’ve delivered the performance of their lifetime in the initial game of their newfound rivalry. Instead, they blew it up and lost the game 129-100 in a disappointing fashion.