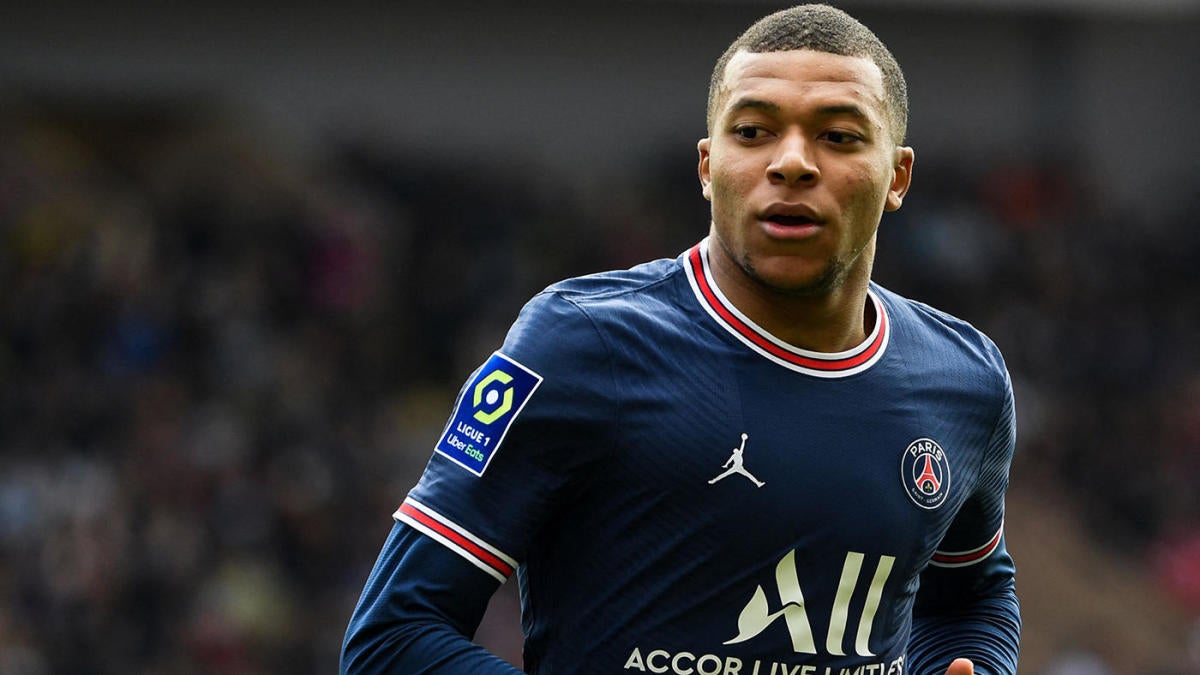 This international break has arrived at the perfect moment for Kylian Mbappe as it extricates him from the increasingly poisonous atmosphere at Paris Saint-Germain after their latest UEFA Champions League debacle and allows him a relatively wholesome week or so with Les Bleus.

The French superstar was present at Stade Louis II over the weekend as the Ligue 1 leaders crumbled in a 3-0 defeat to Mbappe’s formative club AS Monaco as their season withers further after their capitulation against a beatable Real Madrid and their earlier Coupe de France exit against OGC Nice.

For the 23-year-old, the 2021-22 season is effectively over with confirmation of a highly probable 10th Championnat crown for PSG the only thing left to play for between now and June’s four UEFA Nations League fixtures against Denmark, Croatia (twice) and Austria.

Now is the perfect time for Mbappe to not only consider his future which will have undoubtedly been at the forefront of his mind since Madrid but also his legacy and what he will leave behind him in Paris if he moves on as expected this summer.

The argument for PSG’s No. 7 to move on from Parc des Princes is already substantial after this campaign’s struggles under Mauricio Pochettino added to previous frustrations and an increasing divide within the capital club’s squad owing to a dominant South American contingent.

However, despite now sitting as Les Parisiens’ all-time second-highest scorer behind Edinson Cavani after overtaking Zlatan Ibrahimovic, there are also significant questions over what Mbappe’s time in the capital will be remembered for and how he will be recalled by the fans.

Nobody doubts the Bondy hero’s quality nor the fact that he’s now indisputably the most important member of this squad but his relationship with the supporters has not always been easy and the main goal Mbappe and those around him set when he arrived back in 2017 remains unfulfilled.

That objective, of course, is Champions League success and it feels further than ever since PSG’s latest humiliation on the continental stage against Real just a few weeks ago which saw the French giants eliminated despite Mbappe scoring across both legs.

There was little more he could have done to drag this wretched iteration of PSG into the quarterfinal than deliver in the two biggest matches of the season, yet his teammates conspired to blow the lead he had afforded the team with another mental collapse of epic proportions.

Because of this, Mbappe and Pochettino’s team are stuck in a rut of essentially glorified friendly games until their Ligue 1 title procession reaches its finish with little collective motivation to achieve anything other than the bare minimum between now and the end of this term.

Even if PSG had gone all the way to the Champions League final which will now be held in Paris, the chances of Mbappe overtaking Cavani as the highest scorer of all time were slim but those hopes were since extinguished, and he will need at least another season to set that record.

There are merits to choosing to prolong his Parisien stay for another year or two, possibly so that his exit can coincide with the Olympic Games in the capital in 2024, but there is significant risk attached to that as well — especially PSG’s ability to construct an ambitious and coherent project around him.

L’Equipe on Tuesday listed Lionel Messi and Neymar ahead of Mbappe in PSG’s list of exorbitant earners and it has been widely reported than any potential extension would put the Frenchman above both on that list, but his ambitions will go beyond the economic whatever his next move is.

Does Mbappe have the patience to give PSG two more years of his career which has continued an upward trajectory so far despite their mediocrity or is this the moment where he risks stagnation if he were to stay to try to help the club get over their Champions League hump?

These are questions that he must ask himself and PSG need answers to if they are to stand any chance of keeping him away from Real and even that might be too late with French soccer risking being a poorer place without him at a time when they need him most pre-UEFA’s upcoming reforms.

His departure feels inevitable at this moment but if Mbappe is truly set upon writing himself into PSG history and finally enjoying the love and respect of the fans which only recently arrived through adversity, then he will need more than the rest of this season to achieve that.

Such reflection could start this international break when France face Ivory Coast and South Africa away from the mayhem that has been the fallout from PSG’s latest Champions League failure if Mbappe truly wants an indisputable legacy to leave behind him when he finally spreads his wings.