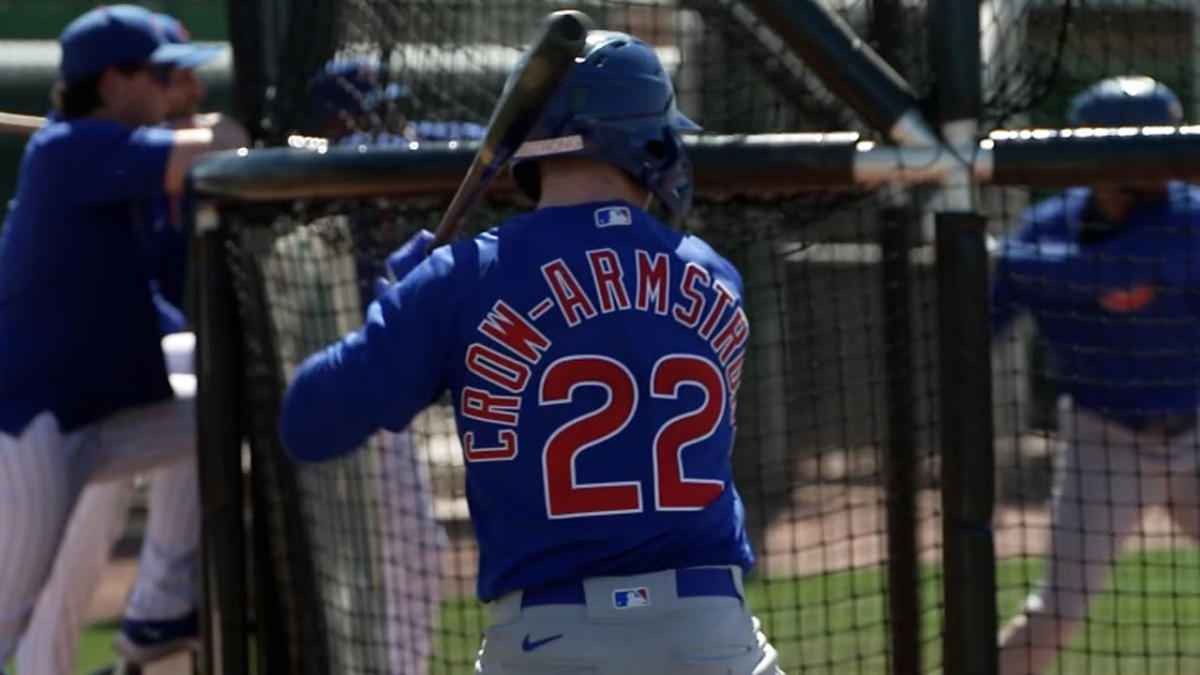 It isn’t hard to see the most impressive part of Pete Crow-Armstrong’s strong start to 2022: how hard he’s hitting the ball.

“His exit velocities are up two, three miles an hour from last year, which is a really significant jump,” Cubs president Jed Hoyer said. “Obviously, he’s been driving the ball.”

Granted, Crow-Armstrong only played in six games in 2021 before undergoing season-ending shoulder surgery, ahead of the Cubs acquiring him from the Mets for Javy Báez at the trade deadline.

Nevertheless, Crow-Armstrong — the Cubs’ No. 3 prospect, per MLB Pipeline and Baseball America — is hitting the ball with authority this season.

Crow-Armstrong is well regarded on the base paths — he has 13 stolen bases this season — and defensively in center field; Hoyer called him “exceptional” in those areas. The 20-year-old is considered the best defensive outfielder in the Cubs’ farm system who could be a future Gold Glover.

RELATED: Crow-Armstrong knows all about The Show business

Meanwhile, his improved slugging has opened eyes this season. Baseball America recently released its latest top-100 prospects list, and Crow-Armstrong is up to No. 44.

He was No. 95 in the same rankings in early May.

“To add that power, it’s a really huge jump for his game,” Hoyer said.

Crow-Armstrong got off to a slow start with South Bend after being promoted there in late May. He’s currently sidelined with a bruise on the back of his hand and last played June 10.

Rather than risk further injury by Crow-Armstrong playing through it, the Cubs are letting it calm down for a few weeks.

“It wasn’t anything terribly structurally damaging but it could certainly get worse if he kept playing,” Hoyer said. “He admitted it was sort of affecting his swing. This is the right thing to do.

“He’s having a hell of a year, he’s making the adjustment to High-A. He doesn’t need to make that adjustment playing hurt. So let’s get him right and then go forward.”