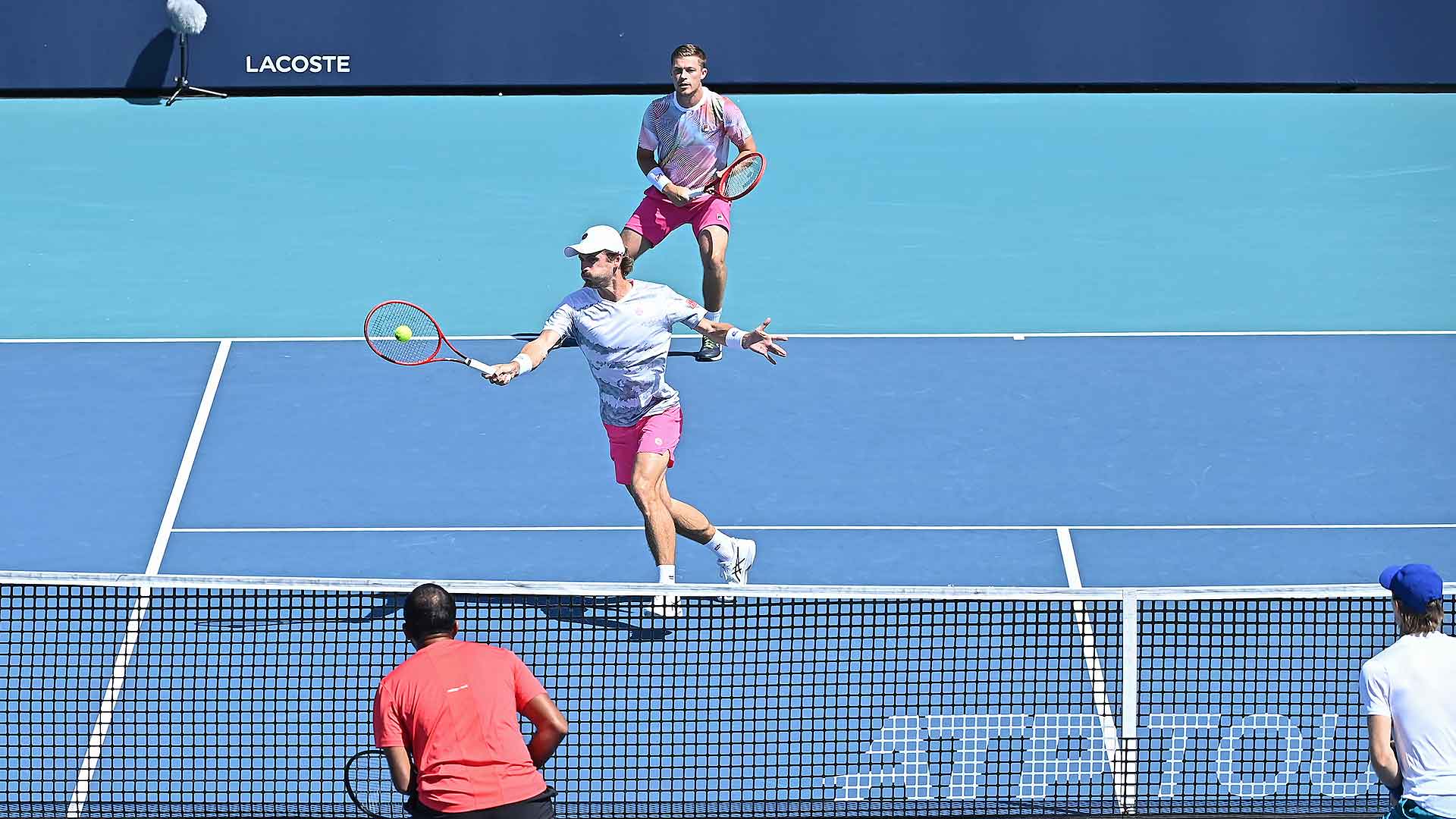 Seeking their fourth ATP Tour title of the 2022 season, Wesley Koolhof and Neal Skupski eased into the last four at the Miami Open presented by Itau. The Dutch/British duo dominated from start to finish in a 6-2, 6-1 victory over Rohan Bopanna and Denis Shapovalov on Tuesday.

After coming together for the first time in January, Koolhof and Skupski won titles in three of their first six events as a team (Melbourne, Adelaide 2, Doha). After a run to the Indian Wells quarter-finals, they sit second in the ATP Doubles Team Rankings.

The 32-year-olds saved all four break points they faced to go one step further in Miami and reach their fifth semi-final of the season. They erased three break chances late in the first set to maintain their lead, then saved one more on a sudden-death match point as Bopanna and Shapovalov made a final charge.

From 40/0 in the match’s final game, the Indian/Canadian pairing saved three match points to bring to get to deuce, but could not extend the match beyond that sudden-death point.

The only team above Koolhof and Skupski in the 2022 doubles race is that of Thanasi Kokkinakis and Nick Kyrgios. The reigning Australian Open champions also advanced to the semi-finals with a victory in the opposite half of the draw.

The Aussies poured it on late, winning nine of the last 11 games in a 7-5, 6-2 victory over third seeds Marcel Granollers and Horacio Zeballos. They saved the only two break points they faced in the match as they fought back from 30/40 to serve out the opening set.

Still in action on Tuesday evening are Italy’s Simone Bolelli and Fabio Fognini against Argentia’s Federico Delbonis and Maximo Gonzalez. The winner there will face Koolhof/Skupski in the semis.

Second seeds Rajeev Ram and Joe Salisbury are set to take on Hubert Hurkacz and John Isner in the fourth quarter-final on Wednesday for the right to challenge Kokkinakis/Kyrgios.