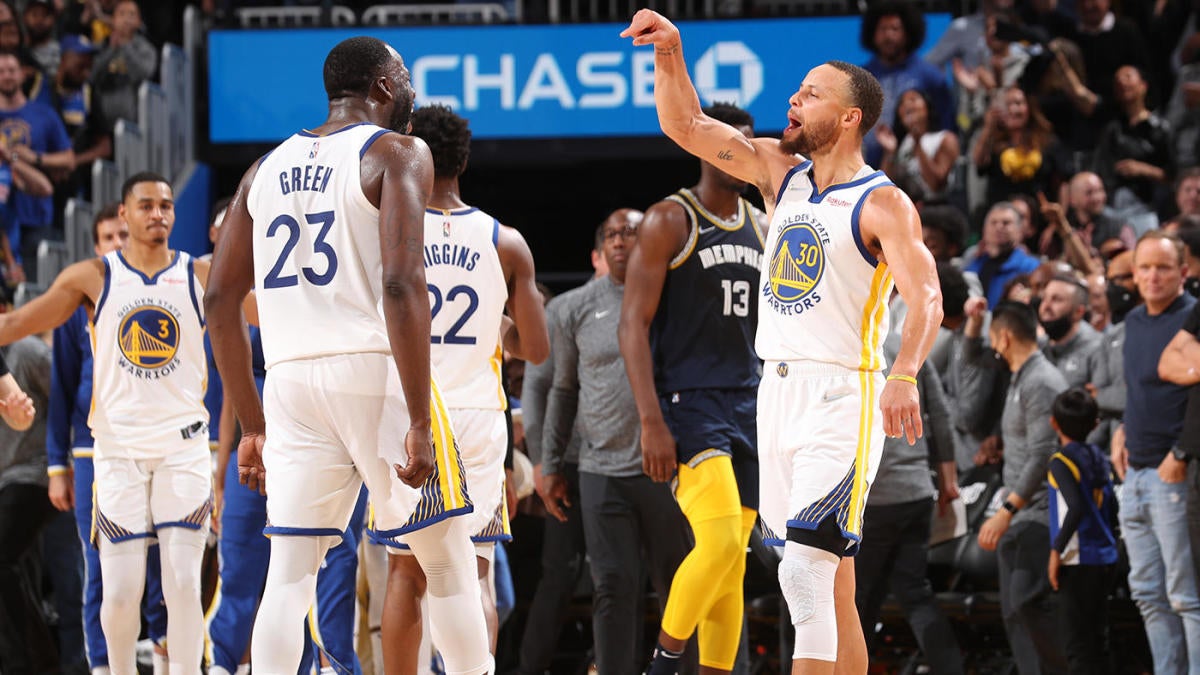 The Warriors led for exactly 45.7 seconds last night. The good news for them: It was the final 45.7 seconds of the game. Golden State used a late surge to rally past Memphis 101-98 and take a 3-1 series lead.

After an offensive masterpiece in Game 3, the Warriors had to win ugly in Game 4. Even Curry looked kind of off, despite his final stat line, writes NBA reporter Brad Botkin.

… AND ALSO A GOOD MORNING TO THE BOSTON CELTICS

It’s not how you start, it’s how you finish. Last night, the Celtics finished as strong as any team you’ll ever see, outscoring Milwaukee 43-28 in the fourth quarter to beat the Bucks 116-108 and even the series at 2-2.

Horford’s impact was vital throughout the game, but especially in the fourth quarter, when his dunk over Antetokounmpo spurred the Celtics’ final run, notes NBA expert Jack Maloney.

Nikola Jokic is the NBA’s Most Valuable Player again, according to reports. The Nuggets‘ superstar center beat out Joel Embiid and Giannis Antetokounmpo to become the 15th player to win multiple NBA MVPs and the 13th to go back-to-back. While we won’t know exact voting totals until the formal announcement in the coming days, it was a hotly debated race. Here’s why it went Jokic’s way:

That about covers it.

Also getting an honor he thoroughly deserves is Monty Williams, who was named Coach of the Year after leading the Suns to an NBA-best and franchise-record 64-18 regular season mark. Williams won the award over Taylor Jenkins (Grizzlies) and Erik Spoelstra (Heat).

The NCAA Division I Board of Directors has announced new guidelines regarding name, image and likeness. College football expert Shehan Jeyarajah explains:

Examples of collectives include…

The NCAA may pursue previous “egregious” violations, but it will mainly focus on the future. Our college sports reporter Dennis Dodd spoke with some coaches and other college sports leaders about the NIL, and they had plenty to say.

We’re just over one month into the MLB season, and the big-market teams are thriving: The Los Angeles teams and the New York teams are a combined 42 games over .500, and all four lead their respective divisions. Those four squads also occupy the top four slots in Matt Snyder’s latest MLB Power Rankings:

Former Michigan State star Adreian Payne died yesterday at 31 after being shot. The Orange County Sheriff’s department arrested Lawrence Dority on a warrant for first degree murder in connection to the fatal shooting of Payne.

Payne was a two-time All-Big Ten selection with the Spartans, and he made national headlines after befriending Lacey Holsworth, a young Michigan State fan who had terminal cancer and died in April 2014. After his time in East Lansing, Payne was selected 15th overall by the Hawks in the 2014 NBA Draft. He also played for Minnesota and Orlando.

The Magic waived Payne in 2018 after a story revealed he and teammate Keith Appling were investigated for sexual assault during their time at Michigan State. Neither faced charges in the case, though Payne apologized to his accuser. Appling publicly stated the relationship was consensual.