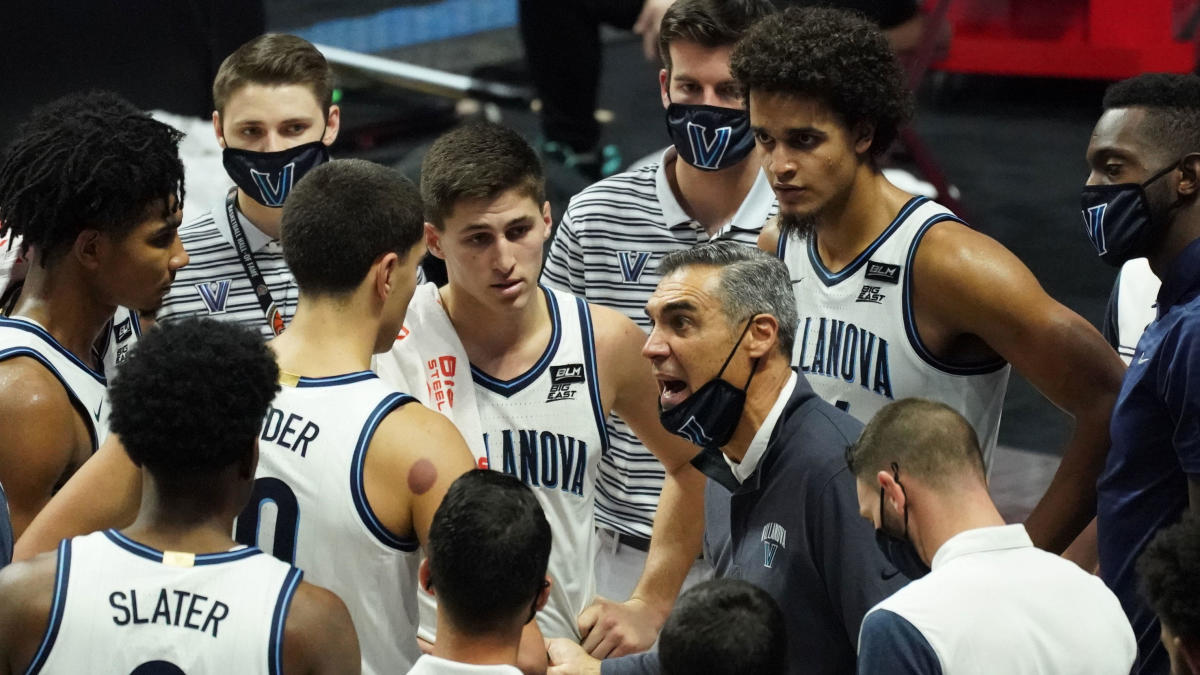 COLLIN GILLESPIE AND THE VILLANOVA WILDCATS

Villanova has won or shared three straight Big East regular-season titles and seven of the last eight. On Tuesday night, the Wildcats paid a visit to the only team ahead of them in the conference standings: Providence.

Safe to say Villanova isn’t too keen on its streak ending, especially not if Collin Gillespie has anything to say about it.

Gillespie is a fifth-year senior, and his outstanding skill, poise and smarts shined down the stretch:

This was an excellent win for the Wildcats, who have won four straight — three against teams currently in Jerry Palm’s projected tournament field. Their defense leaves something to be desired at times, but when you have one of the nation’s best players running the show and one of the nation’s best coaches (Jay Wright) on the sideline, that’s a pretty good combination.

Philadelphia took its worst loss to the Celtics ever last night, and it was just as ugly as the score suggested.

Yes, James Harden was out and, yes, it’s just one game, but this was stunningly bad, and it’s not like Harden can fix a 48-point deficit by himself.

Meanwhile, credit the Celtics. Their winning streak is now up to nine straight, and their defense is outstanding. Boston has held its opponent under 110 points in 13 straight games, tied for the second-longest streak in the NBA this season. Boston can throw a bunch of guys at Embiid (Al Horford, Robert Williams and newly acquired Daniel Theis) and at Harden (Marcus Smart if his injury isn’t too serious, Jaylen Brown and newly acquired Derrick White).

This is not a matchup Philly would want to see come playoff time. Last night provided all the proof you need.

Not so honorable mention

Every year, there’s a team that makes “the leap.” Let’s take a look at examples from the past five years:

Four of those five made the Super Bowl, and the 2020 Buccaneers and 2017 Eagles won it. Turnarounds can come out of nowhere in the NFL, and they often do.

So, who’s ready to take the next step in 2022? Our NFL guru Cody Benjamin has candidates, including one whose 2021 season ended in heartbreak — the Chargers:

Where could the Rams turn if Sean McVay actually does retire? 🔮

The Rams are just three days removed from becoming Super Bowl champs, but as we move into the offseason, we’ll focus on two surprising storylines that arose ahead of the championship:

Both hinted at it leading up to the Super Bowl, and if either one did so, he would be leaving at the height of his powers, Donald, 30, dominated the Bengals with a pair of sacks and the game-winning pressure on Joe Burrow, and he has been a First-Team All-Pro selection each of the last seven seasons.

McVay, 36 just became the youngest head coach to win a Super Bowl. After doing so, though, he said simply, “We’ll see,” when asked if he would return next year. So, who could replace the coach if he does step away? Benjamin has a list of candidates, including one who played a big role in the Super Bowl triumph.

Morris is extremely well regarded, has coached both sides of the ball and has been to two of the past six Super Bowls. I’ll be surprised if McVay retires, but I’ll be more surprised if Morris isn’t a head coach (either in Los Angeles or elsewhere) within the next few years.

For 93 minutes, PSG created plenty of chances, only to fail to capitalize or be denied by Real Madrid goalkeeper Thibaut Courtois.

The PSG superstar, who has been linked to an eventual move to Madrid, split two defenders and buried a finish under Courtois in stoppage time to give Les Parisiens a 1-0 lead after the first leg of their Round of 16 matchup. Mbappe, unsurprisingly, earned the highest mark in our soccer expert Roger Gonzalez’s grades: