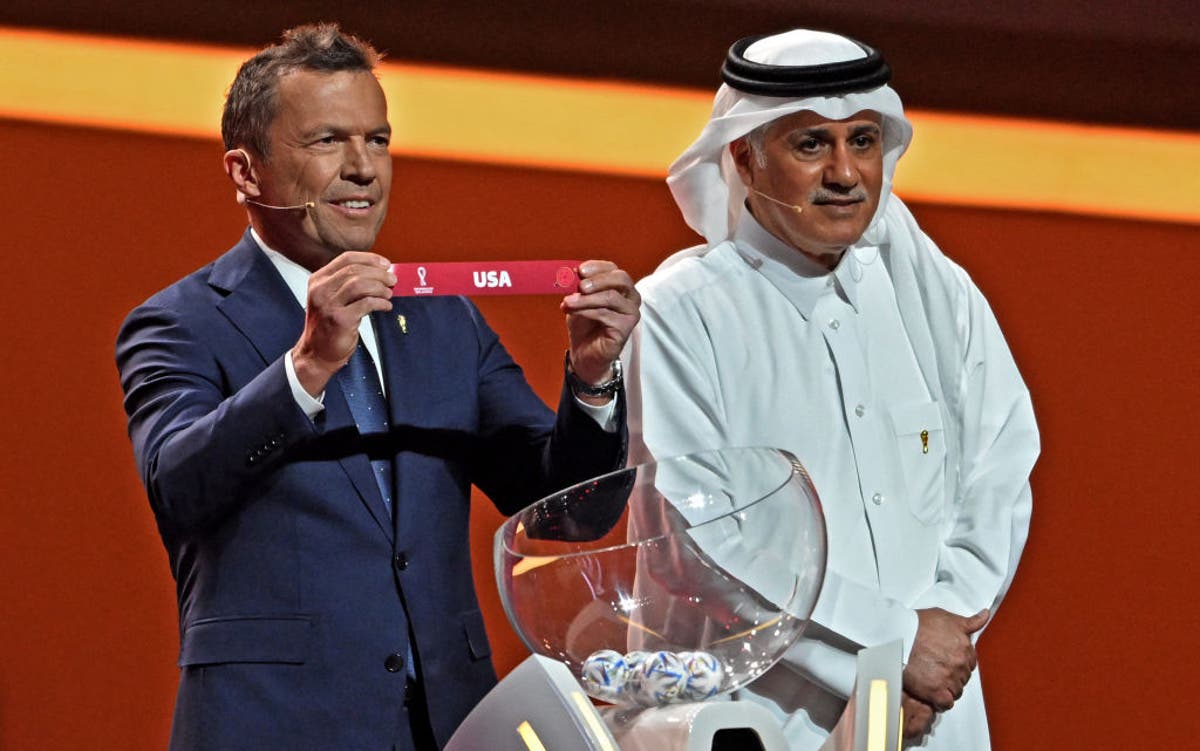 USA now know they will face England at the Fifa 2022 World Cup, after the group stage draw was made in Doha on Friday.

Drawn into Group B, the United States will also play against Iran and the winners of the European play-off path, which will be Ukraine, Scotland or Wales.

Gregg Berhalter has led his squad through to the finals after finishing third in the Concacaf qualification campaign, which ended in a defeat to Costa Rica in midweek. The loss was not damaging, however, with the USMNT joining Canada and Mexico in reaching the finals, while Costa Rica head for a play-off encounter with New Zealand.

The national team manager acknowledged that his opposite number in the England dugout, Gareth Southgate, is a fellow boss he has a positive relationship with – and noted the geopolitics at play which are likely to be an off-field discussion point in the group as the matches get closer.

“We go way back, he’s a guy I look up to, he’s always been there for me, given me advice. I looked to him as a mentor and I have a lot of respect for what he’s doing and I’m looking forward to competing,” Berhalter said.

“I reached out to him when I got the job, asked him if he could tell me a bit about international football and since then we’ve stayed in touch.

“Obviously Iran are a bigger deal for the US than England – and Ukraine is obviously interesting at the moment.”

USA start their campaign against the Uefa zone play-off winners on 21 November, before facing England on 25 November and Iran on 29 November.

A top-two finish would then see the USMNT through to the knock-out phase, which begins on 3 December. Group B’s qualifying nations will play the top two from Group A, with winners from one facing runners-up from the other. Qatar, Ecuador, Netherlands and Senegal are the four nations in Group A.