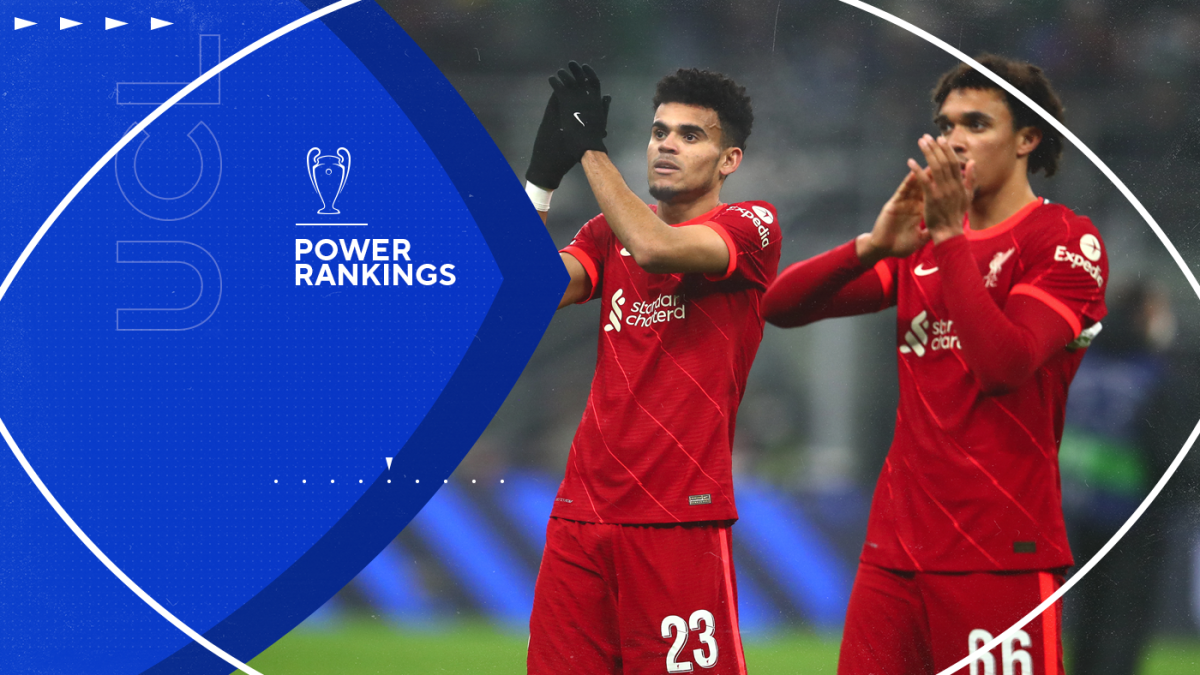 The final eight of the Champions League is set. This is where the fun starts. For those left standing, Paris is just four matches away; even the outsiders in this particular group will surely be dreaming of what May might bring.

This stage of the competition also offers as opportune a moment as any to assess the relative strengths of Europe’s big leagues. It is perhaps no surprise that England are once more bringing plenty to the party in the quarterfinals, the trio of Liverpool, Manchester City and Chelsea have consistently made up the top four in our rankings alongside Bayern Munich. Indeed, these four teams provide each of the last three winners of the competition as well as last season’s runners-up. If the draw broke right for them they would make for the most intriguing of semifinalists.

If England’s trio of clubs were expected, no one imagined that Spain might match them for quarterfinal representatives. None of Real Madrid, Atletico Madrid or Villarreal were clear-cut favorites in their round of 16 ties, all three were decisive in the key moments. Roger Gonzalez makes a convincing case for why La Liga’s decline on the international stage was never as pronounced as has been suggested, far be it from me to disagree but it is fair to say that the draw favored them greatly.

Atletico and Villarreal met two of the three weakest group winners while Real Madrid were played off the pitch for large parts of their tie only to pounce on the spectacular neuroses of Paris Saint-Germain, the architects of their own Champions League demise to a far greater extent than Carlo Ancelotti. With their leaders, Ligue 1 is out of representatives. In the past five tournaments, Lyon’s fairytale run through the field in the summer of COVID-19 is the only occasion a French side has won a knockout tie in this tournament.

The Bundesliga looks similarly light on depth, not just in the Champions League but across Europe after Borussia Dortmund’s elimination from the Europa League. At the time of writing, RB Leipzig have reached the quarterfinals of that competition thanks to a walkover against Spartak Moscow whilst Bayer Leverkusen are battling to overcome Atalanta at the time of the writing.

Germany are not the only faltering European power. For the first time in the round of 16 era (dating back to 2003-04), Italy have had no representatives in the quarterfinals for two years running. Atalanta in the Europa League and Roma in the Conference League is a paltry return for one of the continent’s great historical powers. Perhaps it is easier to see why Inter, AC Milan and Juventus were so taken by the Super League.

Here is the eight teams remaining in the Champions League, ranked by how likely they are to win it all:

The best team in the world? They might just be right now. Certainly they tick every box one might have for a potential champion. What was once the most devastating front three in the business has now become a quintet Jurgen Klopp can tailor for any occasion with Roberto Firmino, Luis Diaz and Diogo Jota all striking form at just the right moment. There is similar variety and strength in depth across midfield, where Thiago brings the ability to bend the biggest games to his will.

But it is the defense that has taken a real leap this season with Virgil van Dijk back to his best, utterly unfazed by anything that Lautaro Martinez and Edin Dzeko threw at him. Meanwhile, Klopp is right to say to critics of Trent Alexander-Arnold’s defending “you have no idea about football.” This team has the lot. They should be favorites.

City are not far behind; the biggest gap on these rankings is between these two and the chasing pack. Across the side, key players are clicking into form at just the right moment with Riyad Mahrez already having cleared 20 goals for the season, more than he had ever managed before. Crucially, Kevin De Bruyne is enjoying a run of sustained form and fitness that eluded him earlier in the season. The level they hit in their evisceration of Manchester United is one few other teams can match.

Statistically, they lead the way among the Champions League sides. Their 30 goals for is seven more than anyone else has registered while the five they have conceded is the joint-best defensive record in the competition proper. Look at expected goals (xG) and it is the same story. It is fair to note, however, that they have faced no particularly challenging opposition en route to the last eight and very nearly overcomplicated their round of 16 tie with Red Bull Salzburg.

Craving even more coverage of the world’s game? Listen below and follow ¡Qué Golazo! A Daily CBS Soccer Podcast where we take you beyond the pitch and around the globe for commentary, previews, recaps and more.

Crucially, the midfield looks rather light on options compared to those ahead of them. On occasion, Joshua Kimmich has rather been holding the fort on his own with Corentin Tolisso struggling for fitness and Marcel Sabitzer out of favor. Defense could also be an issue with Niklas Sule out injured. Meanwhile in the Bundesliga, they have shown a tendency to rack up the xG but fritter the game away. Might that cost them if they are drawn against the best of the best?

So far Thomas Tuchel has managed to hermetically seal his squad away from the consequences of their off-field turbulence, but the likelihood is that will not last. There is now a distinct possibility that the home leg of their Champions League quarterfinal will be played behind closed doors due to sanctions on their owner; most of the grounds they could play away in will offer a raucous atmosphere to urge on the Blues’ opponents while Stamford Bridge will bring deathly silence.

Still, that defense is showing its tendencies to lock down games once more (in 17 Champions League games under Tuchel, they have conceded just seven goals) while at the top of the pitch Kai Havertz and Christian Pulisic are rounding into form.

The invigorating nature of their expulsion of Paris Saint-Germain should not hide the fact that, for most of their round of 16 tie, they looked by far the inferior of the two sides. Luka Modric and Toni Kroos can roll back the years in the key moments, but can they do it for 180 minutes? They might just need to. Still, when Karim Benzema is in the sort of form he hit against the Parisians, Madrid are good for a goal.

Carlo Ancelotti’s issues might be at the other end. The remainder of the field will take note of how easily Dani Carvajal was ripped apart by Kylian Mbappe and how compromised the Madrid midfield looked defensively without Casemiro. No one will want to draw Madrid, but the favorites for this tournament won’t fear them either.

The personnel might have changed, but when the chips are down, this is still an Atletico Madrid team capable of grinding their way through a two-legged tie with tactical fouls, cynical clock management and a brazen commitment to buying fouls. When it pays off, they can be a nightmare to play, particularly on the road, where they drove the Old Trafford crowd to distraction.

They may be in the bottom half of this ranking, but it is possible to see a path that ends in the very latter stages of this competition. While other teams are losing key players, Atletico are bringing them back having beaten Manchester United without the likes of Yannick Carrasco, Thomas Lemar, Matheus Cunha and both of their natural right backs. Chuck in so many options in attack that one will presumably have a good game and you have a decent side indeed.

There is certainly something about Unai Emery and two-legged cup competitions. Generally, one would suggest the Europa League, but Wednesday’s win over Juventus showed a team that can hang tight in the difficult moments and make the most of the chances that came their way. Geronimo Rulli delivered yet again on the European stage, the Argentine goalkeeper looks to be an extremely solid performer between the posts, someone who has marginally outperformed their xG in both of his last two European campaigns.

Loath though one ought to be to rain on their parade, it is worth noting how unlikely Benfica’s win over Ajax is according to the underlying metrics. In both games, they were relatively comfortably second-best in terms of xG. Across the tie as a whole, the Dutch champions had the better shot profile with 3.45 to their opponents 2.06. The second leg in particular was an unlikely smash and grab where Erik ten Hag’s side were perhaps not at their most fluent, but only because Benfica packed men behind the ball and offered next to nothing going forward.

There is nothing necessarily wrong with that approach, but if you try it against an even higher grade of opponent than Ajax, you are rather gambling on lightning striking twice. In their defense, it should be said that Odysseas Vlachodimos has proven to be just as wily as his namesake. With 5.97 goals prevented according to Opta’s xG model, he has been almost twice as effective a shot-stopper as the next best player, Real Madrid’s Thibaut Courtois. If Benfica are to reach an unlikely semifinal, they will need more heroics from the Greek hero.