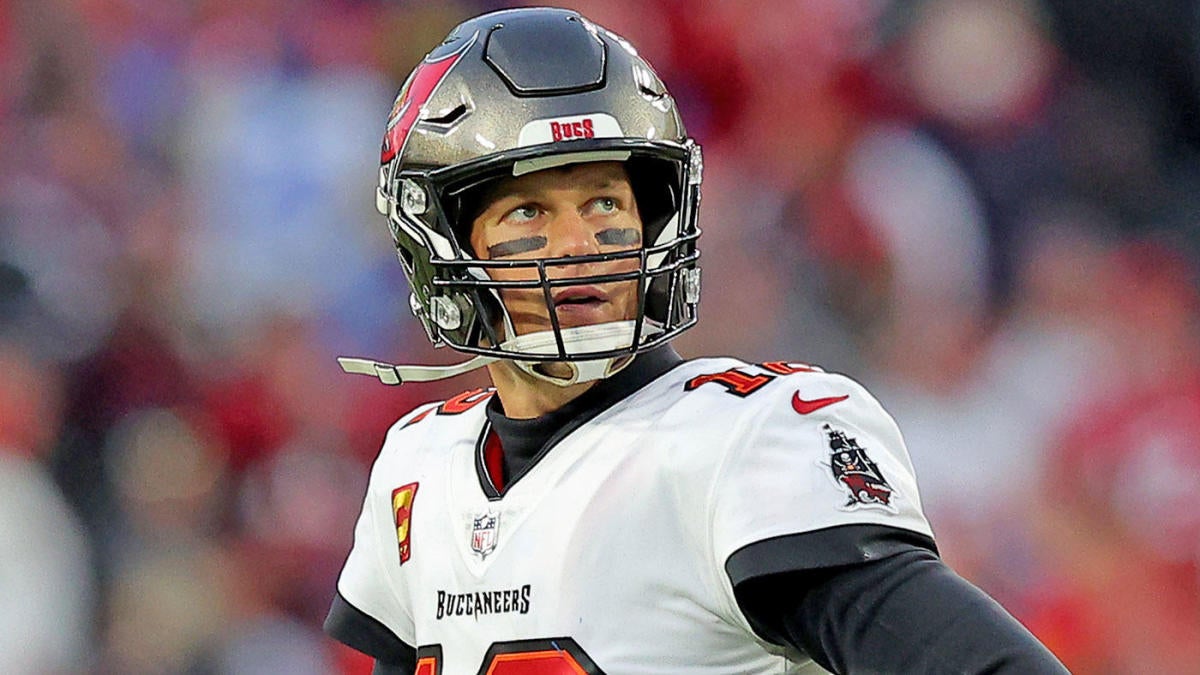 Welcome to the March 3 edition of the Pick Six newsletter!

This is a big day for people who cover the NFL and that’s mainly because it’s the one day per year where we get to talk about hand sizes and not sound weird while doing it. Every quarterback will have their hands measured at the NFL combine today and those measurements started with Pitt QB Kenny Pickett, who had a size of just 8.5 inches. I had like five jokes ready for that measurement, but I’m not going to use any of them. Instead, I’m going to tell you why this is bad news for Pickett: No current NFL QB has hands that small and only one QB this century (Michael Vick) has been successful with hands that small.

The good news for Pickett is that if he becomes a sports writer, 8.5 inches is more than big enough to hit every button on your laptop’s keyboard. Anyway, we’ll be covering the combine in today’s newsletter, plus we’ll be looking at Tom Brady’s latest cryptic comments. That guy has made a lot of cryptic comments since retiring.

Wait, before we get to the rundown, happy birthday to my wife! She’ll be thrilled to know that I’ll be watching guys getting their hands measured at the combine today instead of celebrating with her.

With the combine in full swing, we decided that today would be the perfect day to check in with CBSSports.com’s senior draft analyst Ryan Wilson, so that’s exactly what we did for today’s episode (and no, we didn’t measure his hands, but we should have).

Wilson has been in Indianapolis since Tuesday mingling with players, agents and NFL coaches, which makes him the perfect person to give us the current vibe in Indy.

Not only did Wilson talk about what it’s like to be in Indianapolis, but he also talked about the impact that not working out at the combine will have for some of the draft’s top prospects (One of the notable players who won’t be working out is former Alabama offensive tackle Evan Neal, who is one of multiple players who could end up going to the Jaguars with the first overall pick).

During the podcast, Wilson was joined by Will Brinson and draft guru Josh Edwards, and besides talking about the actual players at the combine, the three of them also tried to interpret what’s being said this week by the many coaches and general managers who are in attendance.

If you can’t attend this year’s combine, listening to today’s episode will almost make you feel like you’re there, so you don’t want to miss it. To listen to today’s episode, be sure to click here. It will also be available later today on YouTube and you’ll be able to watch it there by going to the Pick Six Podcast YouTube channel by clicking here.

If you’re looking for even more combine content, you can click here to check out our top-five prospects at each offensive position. If you want to see a list of sleeper prospects who will be at the combine, be sure to click here.

2. Steve Keim and Kliff Kingsbury both get contract extensions and what that could mean for Kyler Murray

Kyler Murray wasn’t the only person in the Cardinals organization dealing with contract drama this offseason. Going into this week, Steve Keim and Kliff Kingsbury were both in awkward situations and that’s because both guys were only under contract through the 2022 season, which means both guys only had one year left on their current deal.

The problem with that is it’s hard to plan for the future when you’re not sure if you’re going to be around for the future. The Cardinals finally fixed that problem on Wednesday by giving a contract extension to both Keim and Kingsbury.

I think what I’m trying to say here is that the Cardinals’ offseason drama definitely isn’t over, so this is a situation you’ll definitely want to keep your eyes on.

Both Keim and Kingsbury were asked about Murray’s contract situation on Wednesday and you can see what they had to say by clicking here.

3. Tom Brady continues to fuel speculation that he might come out of retirement

Although Bruce Arians has spent the week trying to tell everyone who will listen that there’s no way Tom Brady will be coming out of retirement, the “retired” quarterback continues to paint a different picture (And I’m using the word retired in quotation marks because I’m not fully convinced that Brady is fully retired).

During a golf outing, Brady was asked what his future holds and he definitely didn’t rule out a possible return to football.

This is all comes after Brady told Jim Gray that “you never say never” when he was asked about a possible NFL return shortly after his retirement. Honestly, it sounds like Brady was talked into retirement by his family, but isn’t really sure he wants to be retired so he’s trying to keep the door open as wide as possible when it comes to to the idea of making an NFL return. If had to bet on it right now, I’d say he returns in 2022, but if he doesn’t, I’ll be sure to mock my horrible prediction in August.

Over the course of this week, we’ll be covering the offseason needs for each team by going through each division. Today we’re going to be going over the AFC West.

With that in mind, Bryan DeArdo went through every team in the division and made a list of their biggest needs to fill this offseason.

CHIEFS
Top needs (in no particular order): CB, WR, EDGE, LB, S
DeArdo’s take: If they want to make it back to the Super Bowl for the second time in third time in four years, the Chiefs will have to bolster their pass rush after recording just 31 sacks last offseason. To help fill this void, two of our draft experts have the Chiefs using the 30th overall pick to select Purdue defensive end George Karlaftis, who tallied 14 sacks and 29 tackles for loss as a Boilermaker.

CHARGERS
Top needs: DT, OT, WR, EDGE, TE
DeArdo’s take: The Chargers finished 29th in the NFL in scoring defense and 30th in run defense in 2021. The Chargers also struggled to consistently apply pressure on opposing quarterbacks, a major issue given who plays quarterback within their division, so one thing they need to do is beef up the defensive side of the ball.

BRONCOS
Top needs: QB, LB, EDGE, OG, OT
DeArdo’s take: The need at QB is obvious, so let’s look on the other side of the ball. Look for the Broncos to address their defense with the ninth overall pick in the draft. Two of our draft experts have the Broncos selecting a pass rusher in the first round. Ryan Wilson has the Broncos selecting Florida State’s Jermaine Johnson III, while Kyle Stackpole has Denver selecting Michigan’s David Ojabo.

If you want to see the full explanation for each team’s needs, then be sure to click here.

When it comes to playing matchmaker, there’s no one better than Cody Benjamin. I’m not sure if it’s because he spends half his week watching old episodes of “The Bachelor” or if it’s because the only show he used to watch as a kid was the “The Love Connection,” but Cody is the king of matchmaking.

Due to that fact, we asked him to match up several free agents with the team that would be the best fit for them. Cody decided to play matchmaker for 25 free agents and we’re going to list five of those below.

To check out where Cody has other 20 free agents landing, be sure to click here.

It’s been a busy 24 hours in the NFL, and since it’s nearly impossible to keep track of everything that happened, I went ahead and put together a roundup for you.