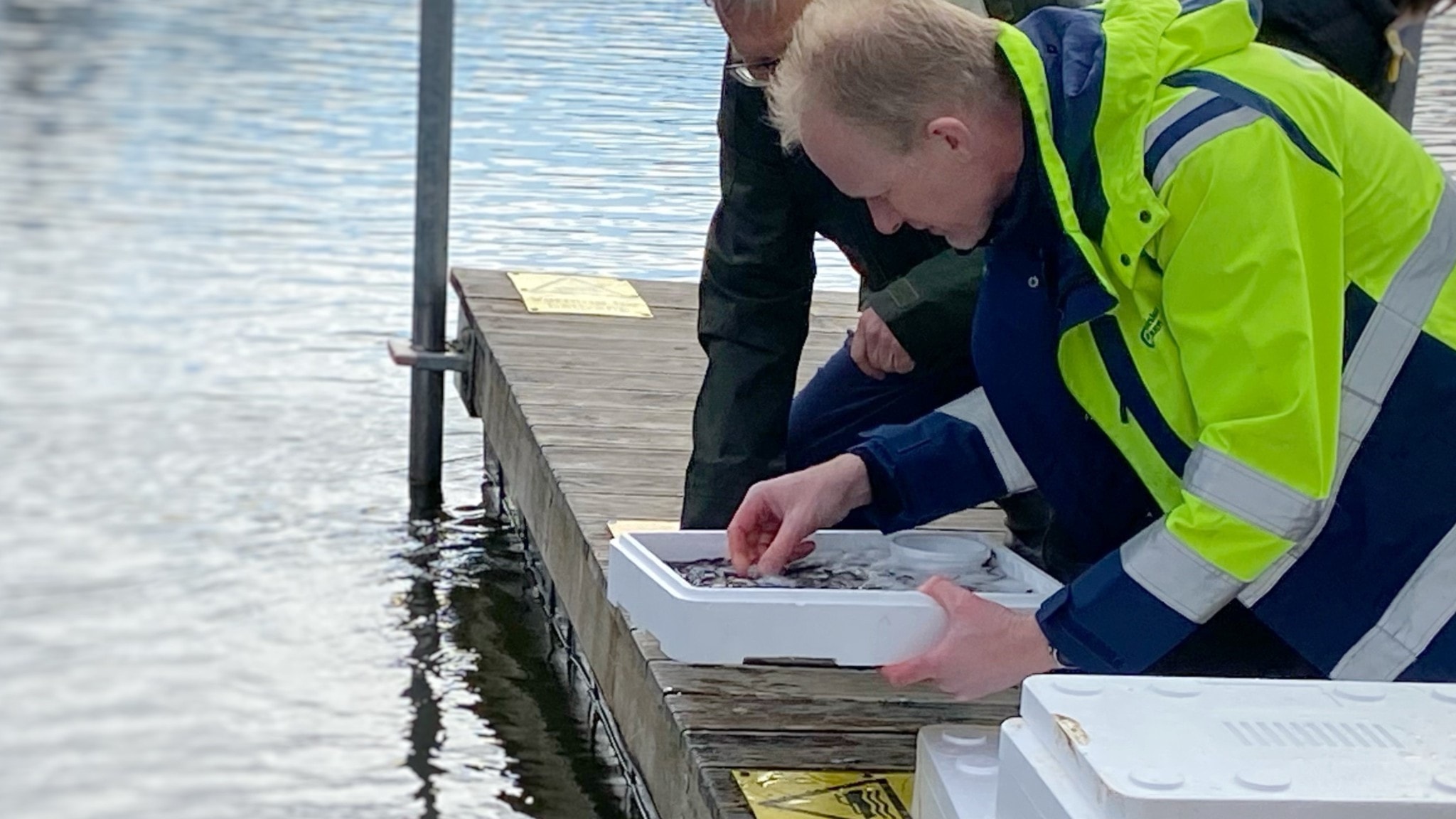 Jakob Bergengren, environmental engineer, peers into the box of eel fry that he will release into the water.

Lyssna: Thousands of eel fry released in effort to save remaining population