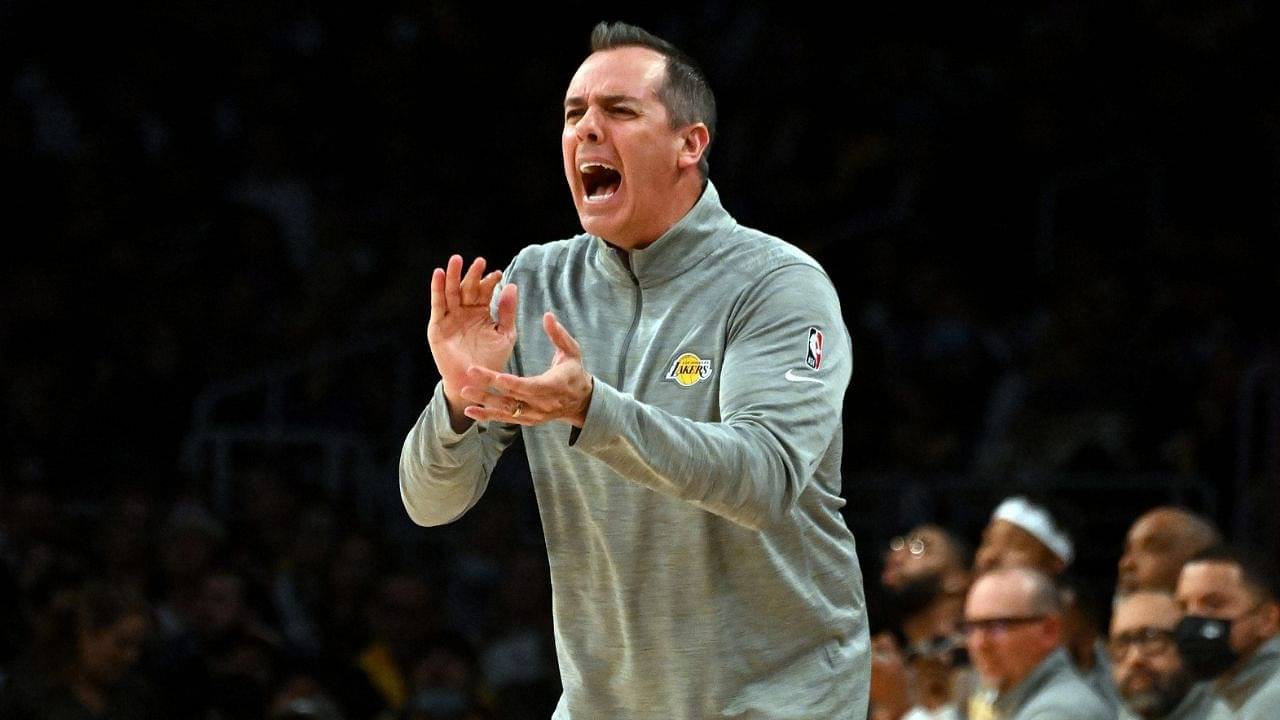 The Los Angeles Lakers struggling this season is often talked about. With the arguable GOAT LeBron James, triple-double king Russell Westbrook, and superstar Anthony Davis on their starting lineup, fans expected more. The players themselves overestimated what they could achieve on the court together.

The Golden State Warriors made superteams look easy. However, several organizations are now understanding what it takes to manage them. Russell Westbrook’s lackluster performance, Frank Vogel’s experimentations, and AD’s injuries are primarily blamed for the struggles this season.

They are obviously part of the reason but LeBron’s GM skills should be called out before anything else for the disastrous season.

Having a robot-like persona is not always advantageous. While it makes Kawhi Leonard immune to the media narratives and unfazed in clutch moments, it’s a matter of concern when it comes to Vogel. It makes him predictable on the court. In addition, it makes him look inadaptable in certain situations.

The LA Lakers head coach has tried a ton of rotations and experimented heavily with the starting lineups. But it all looks futile now with just over 10 games left in the regular season and no trustable lineup.

NBA Twitter can be ruthless but in some situations, it is justified. Fans edited a video clip involving Frank Vogel to make him sound like a robot. It’s hilarious that it suits him more than his own voice.

Frank Vogel’s job after he gets fired pic.twitter.com/izOsTSpHto

Laker-fans often complain about his robotic coaching style that has adversely affected the team. While it won them a championship in the NBA bubble, things have not quite worked their way ever since. Even after the victory over Miami Heat in the finals, Vogel didn’t show any emotion in the post-game speech.

Former NBA player Gilbert Arenas saw him for what he was in his debut season itself. But the 2020 championship distorted fan opinion. Kendrick Perkins on the other hand believes that he is a terrific coach. Vogel definitely deserves some flack for the Lakers’ situation but changing the head coach will not solve all of their problems.

Also Read: “Russell Westbrook goes and does this NOW?”: NBA Twitter congratulates Lakers PG for a spectacular game-tying 3-pointer as LeBron James leads them to an OT win over Toronto Raptors