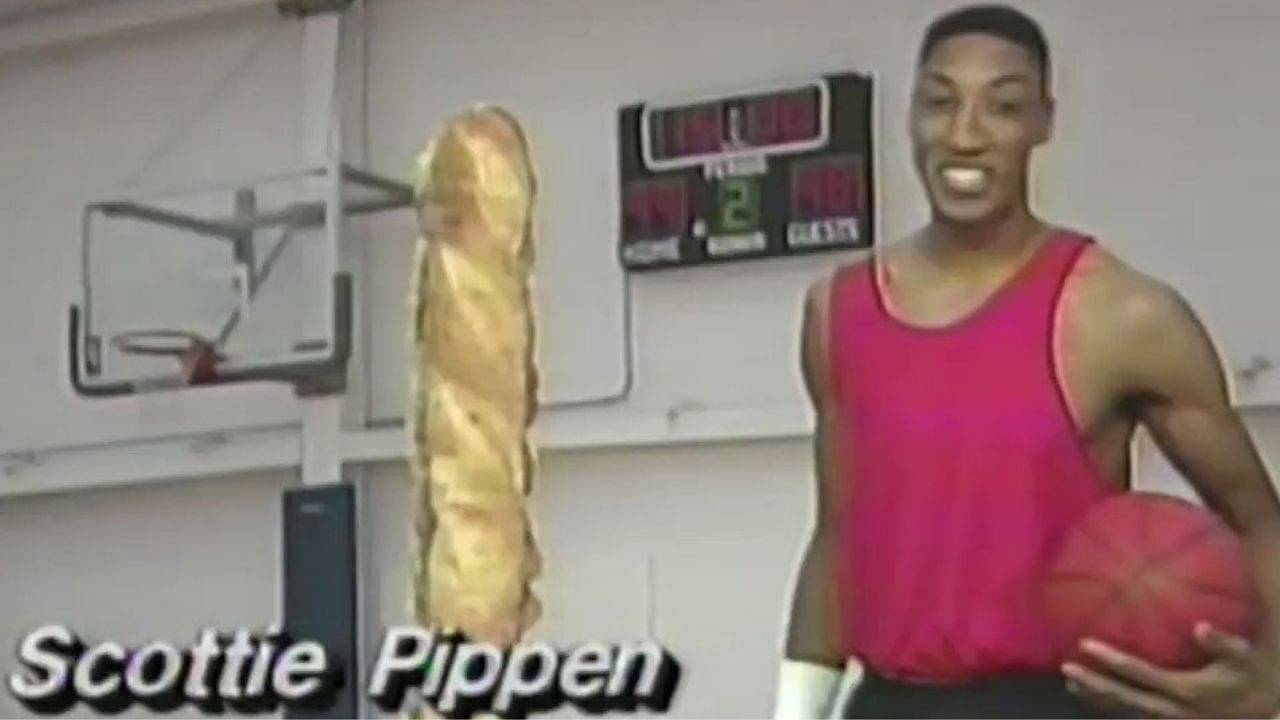 Scottie Pippen has one line during his ‘Mr Submarine’ commercial and it’s ‘This is one 6-footer I can’t handle, ladies, let’s have a party’.

Michael Jordan may have been the most marketable superstar in the NBA during the 80s and 90s, with him appearing in advertisements for Gatorade and McDonalds, but Scottie Pippen wasn’t far off. Ok, in all fairness, he was pretty far off but getting compared to Jordan in terms of marketability is quite daunting.

Pippen was featured in several commercials with Nike, Coca Cola, and even VISA during the 1996 Super Bowl. The Coca Cola commercial was actually filmed alongside Charles Barkley where the two are pitted against one another in quite the comical way.

Also read: “I almost drove off the road when I heard Magic Johnson had AIDS”: When Jordan learned of the Lakers legend’s battle with AIDS in 1991

The VISA advert was him teaming up with Houston Rockets superstar, Hakeem ‘The Dream’ Olajuwon’, to ‘treat’ various international basketball teams for lunch. Of course, Scottie Pippen corrects Hakeem and tells him that he meant they were going to ‘beat’ these guys for lunch, not ‘treat’.

Scottie Pippen in his commercial for ‘Mr. Submarine’.

While seeing Scottie Pippen team up with other NBA stars is quite entertaining to watch, he advertisement for Chicago’s own, ‘Mr. Submarine’ might take the cake for being in the Hall of Fame of NBA advertisements.

Also read: “I’d have left the Mavericks for a ring!”: Dirk Nowitzki reveals his eyebrow-raising thoughts on loyalty in the NBA today

“This is one 6-footer I can’t handle one on one. Ladies, let’s have a party,” said Scottie.

Then again, considering the time this was filmed and subsequently put up; it was the golden age of corny athlete advertisements and for all we know, ‘Mr. Submarine’ might’ve done extremely well after this commercial aired.