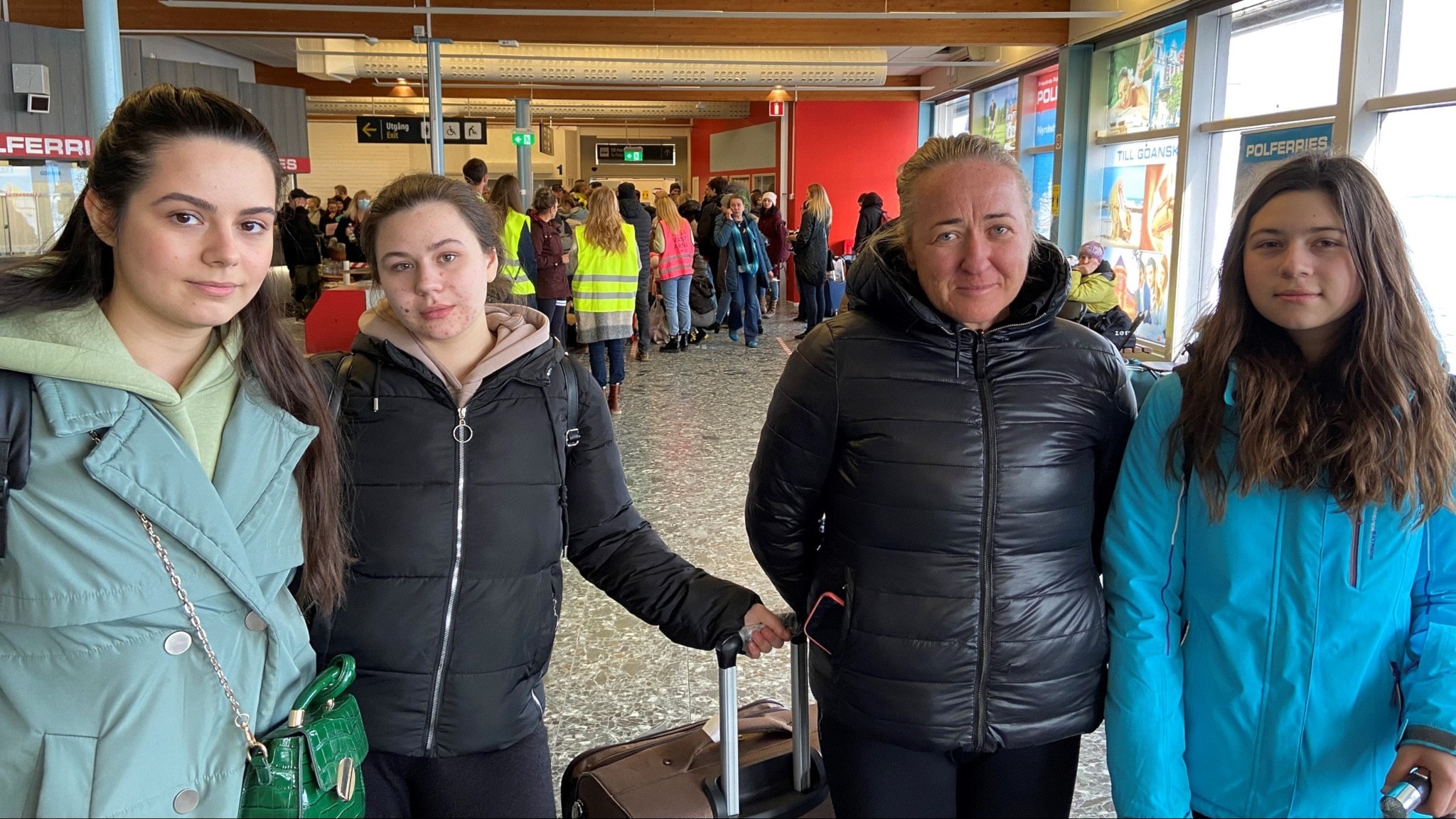 Adelina (left), and her two sisters meet Catarina Göthe (2nd right), for the first time at Nynäshamn ferry terminal. The sisters, whose parents have remained in Ukraine, will stay with Catarina and her family in Stockholm.