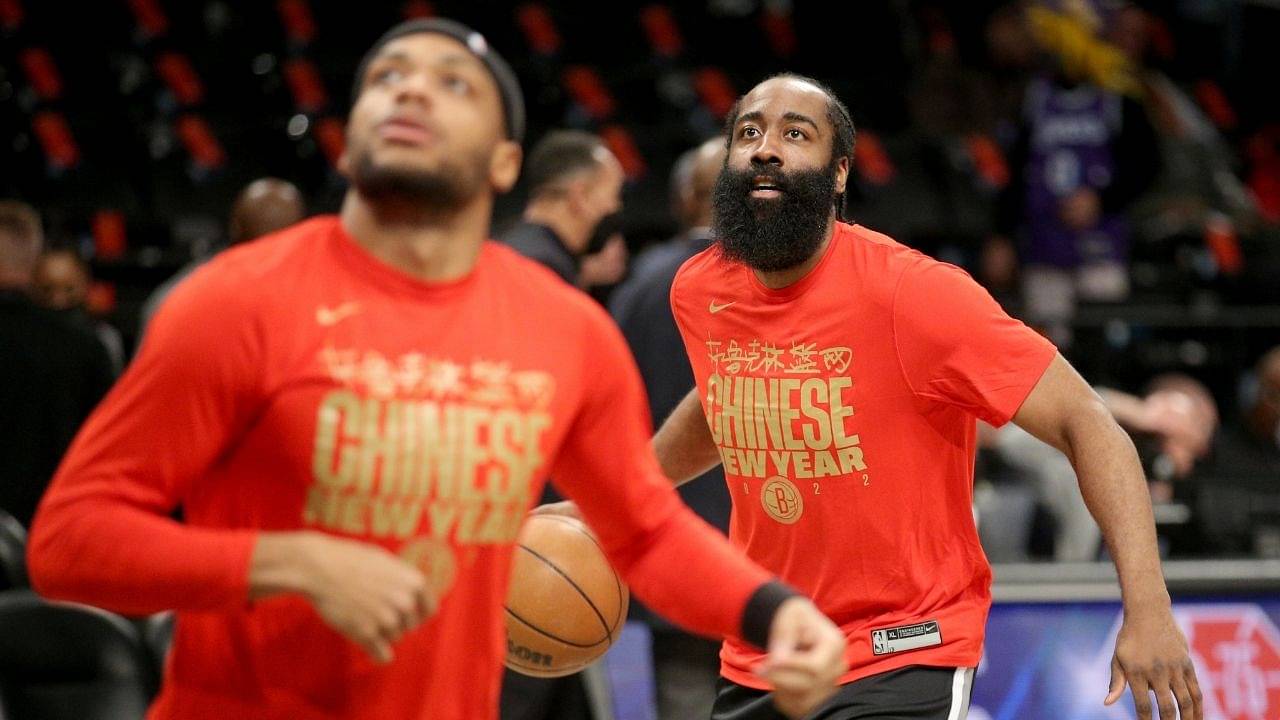 Brooklyn Nets finally ended the 9-game losing streak and Bruce Brown had a huge night. He says the locker-room vibe is great now and everybody likes everybody.

After defeating the Sacramento Kings 109-85 Brooklyn Nets snapped the losing streak without KD, Kyrie, and Harden. Seth Curry and Andre Drummond were in the starting lineup on their debut night.

Curry went for 23 points, 7 assists, and 5 assists whereas Drummond had 11 points and 9 rebounds. The star of the night however was Bruce Brown with 19 points, 6 rebounds, 6 assists, 5 steals, and 3 blocks. In addition to that, he had 0 turnovers in the 37 minutes he clocked in last night.

Bruce Brown is happy with the locker-room vibe

The rumors about James Harden pushing for a trade have been doing rounds for a long time. That must have led to tension in the locker room for the Brooklyn Nets. Kyrie Irving’s reluctance to get vaccinated and KD’s injury frustrated James Harden. The losing streak was quite likely the final nail in the coffin.

Bruce Brown says the Nets had a team-bonding event in Miami and “then the vibe just changed”, leading to the win tonight vs. Sacramento.

He says everybody has liked everybody on the roster this season. “But we’re just a little closer now” after the trade deadline. #NETSonYES pic.twitter.com/JrhLlZdRWG

Ever since the trade, however, Bruce Brown thinks the Nets roster has gotten closer. “The locker room is just a great vibe in there right now. I don’t know what it is. Everything just shifted after the trade deadline. Everybody likes everybody, it’s just great.”

They had a bonding session in Miami after the deadline and it clearly went well. Ben Simmons was present in the arena last night. Although there is no return schedule yet, Simmons plans on donning the Nets jersey soon.

The Brooklyn ‘big 3’ only played 16 games together before Harden gave up on them. Ben on the other hand preferred hefty fines over playing for the Sixers. Although it looks like Philly won the trade, playoffs will be their ultimate judge.

Also Read: “Ben Simmons spotted shooting some hoops with Kevin Durant in Brooklyn”: NBA Twitter question the mental health status of the former ROTY, slamming him for insulting those with the illness