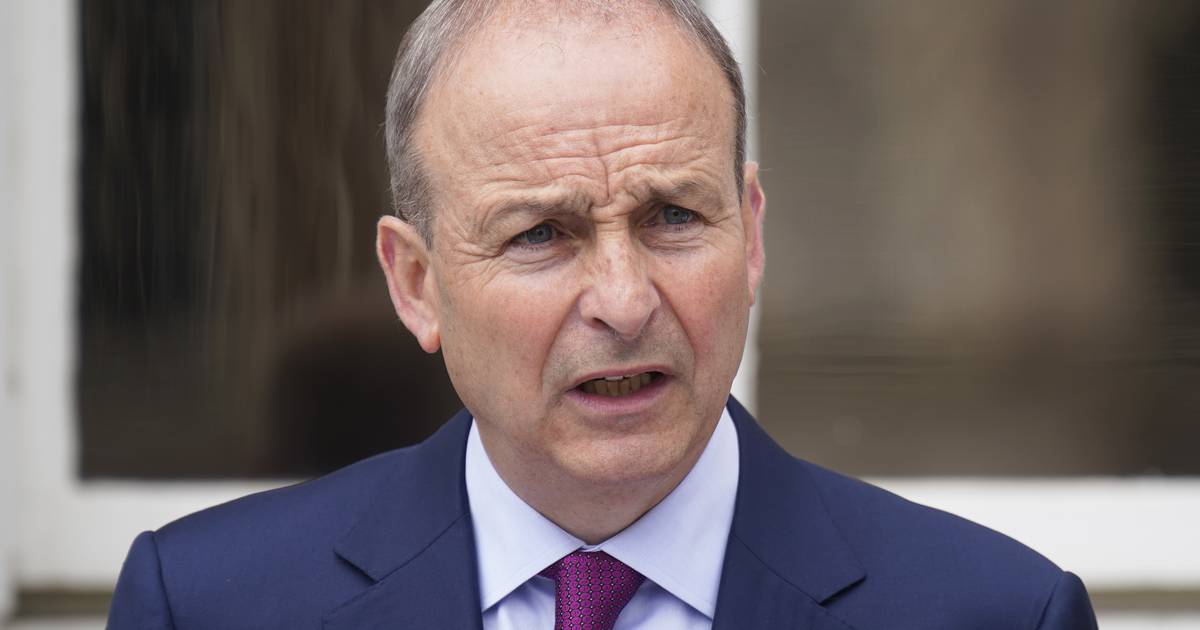 Waiting until October’s budget to bring in more measures to ease the cost of living crisis is the “broadest and most comprehensive” way to help get people through a “difficult winter”, Taoiseach Micheál Martin has said.

Mr Martin also said that Sinn Féin’s approach would damage the economy as he responded to criticism and pressure from Opposition parties demanding an emergency budget to help families with inflation and soaring energy prices.

She mentioned a woman whose 70-year-old husband has to stay in work and a mother who has to attend a food bank to feed her family.

Ms McDonald said: “People face unbearable pressure and they all said one thing with one voice on Saturday: they said we are at breaking point.

“They can’t wait until October for the budget and wait again until January for measures or relief to kick in. People are suffering now, Taoiseach”

She said: “An emergency budget is needed because people face a disaster as they struggle to afford the basics.”

Ms McDonald said she hopes Ministers realise that “households cannot wait another six months and that Government cannot pack up for the summer and leave workers and families in the lurch”.

Mr Martin disputed the accusation that the Government is asking people to wait six months and said some budget measures will be applicable from “day one of the budget announcement”.

He said the war in Ukraine exacerbated an emerging inflationary cycle coming out of the Covid-19 pandemic and he listed a series of measures the Government has introduced to help people with the cost of living, worth about €2.4 billion.

These included cuts to excise on petrol and diesel, cuts to transport fares and the €200 electricity bill credit for all households.

Mr Martin said that the World Bank is warning of “stagflation” of the kind experienced in the 1970s that drove inflation for a decade.

He said: “I don’t want that to happen Ireland for the next 10 years.”

The Taoiseach said the economy is still growing and it needs to be protected along with the jobs of 2.5 million people.

He told Ms McDonald: “That idea of protecting the jobs and the economy is something you should give more attention to. From the outset if we had followed your advice I think we would be into an even greater inflationary cycle.”

Mr Martin claimed that the measures advocated by Sinn Féin “would damage the economy”.

He said: “We have taken action and we’re going to take more action to alleviate pressures on people and households.”

He said he is worried about the winter, citing Russian president Vladimir Putin’s move to reduce gas supplies to Germany and other European countries, and saying: “That’s going to have an impact on our energy situation.”

Mr Putin, the Dáil was told, is seeking to “create as maximum pressure as he can for the winter period”.

Mr Martin said: “We do have to allocate our resources in the optimal way which in my view is to protect people right throughout the winter period and beyond.”

He said: “The big objective really we should share is to get people through what will be a difficult winter period across the board. I think the budget gives us the broadest and most comprehensive way of doing that.”

Social Democrats co-leader Catherine Murphy said she was struggling to understand why the Government is “refusing to alleviate the pressure on people at this point”.

Mr Martin said the Government fully accepts there is pressure on people and again pointed to the €2.4 billion in supports.

Ms Murphy told him that “people are saying they’re not managing now”.

She said: “Those of us who remember inflation of 20 per cent and more – many of them are pensioners now who are terrified of the winter.”

Mr Martin replied: “I don’t disagree with a lot of what you’re saying. People are terrified of the winter. We want to make sure we have a comprehensive package that protects people throughout the winter.”