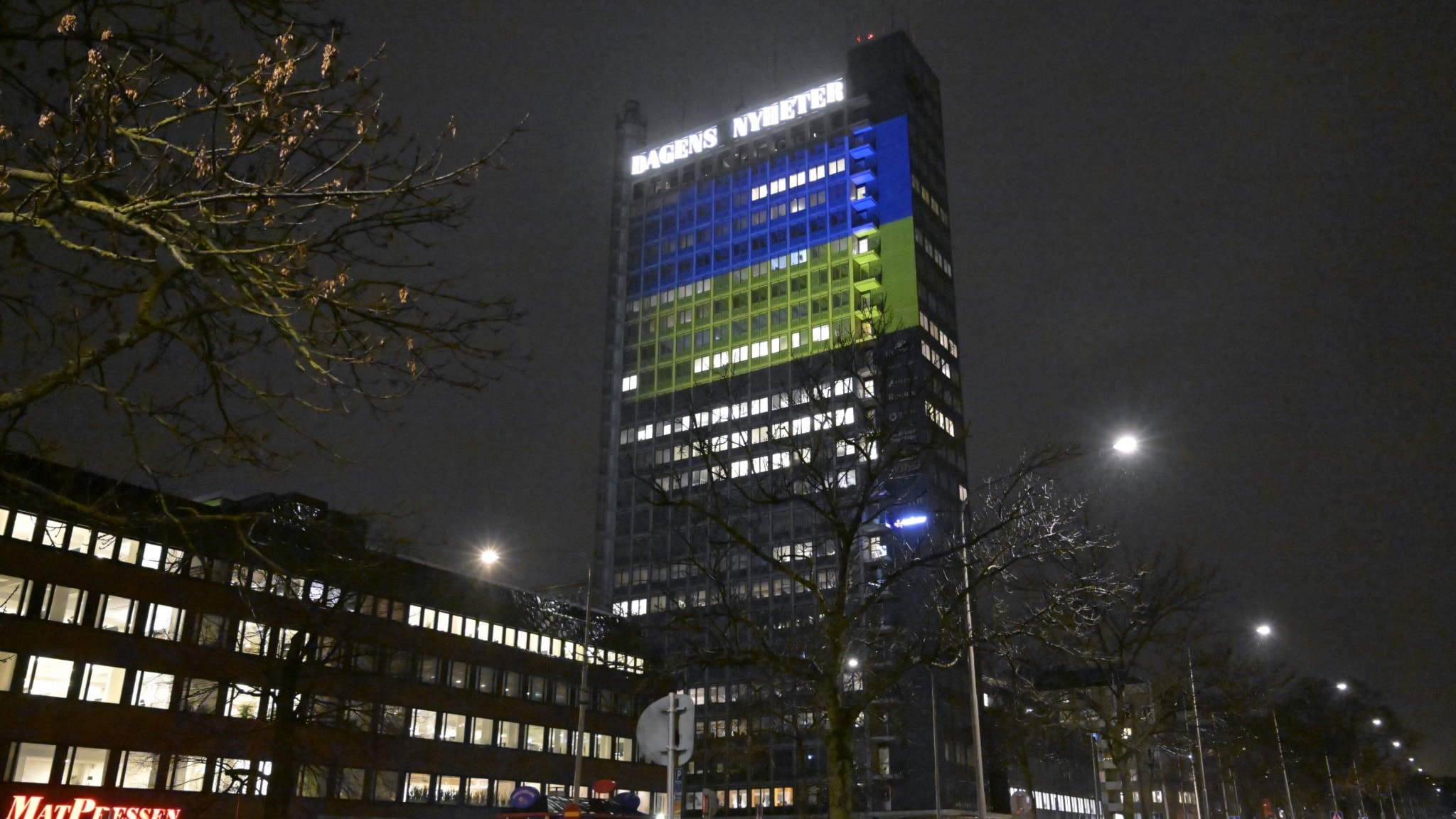 The headquarters for newspaper Dagens Nyheter lit up in Ukrainian colors on February 24.