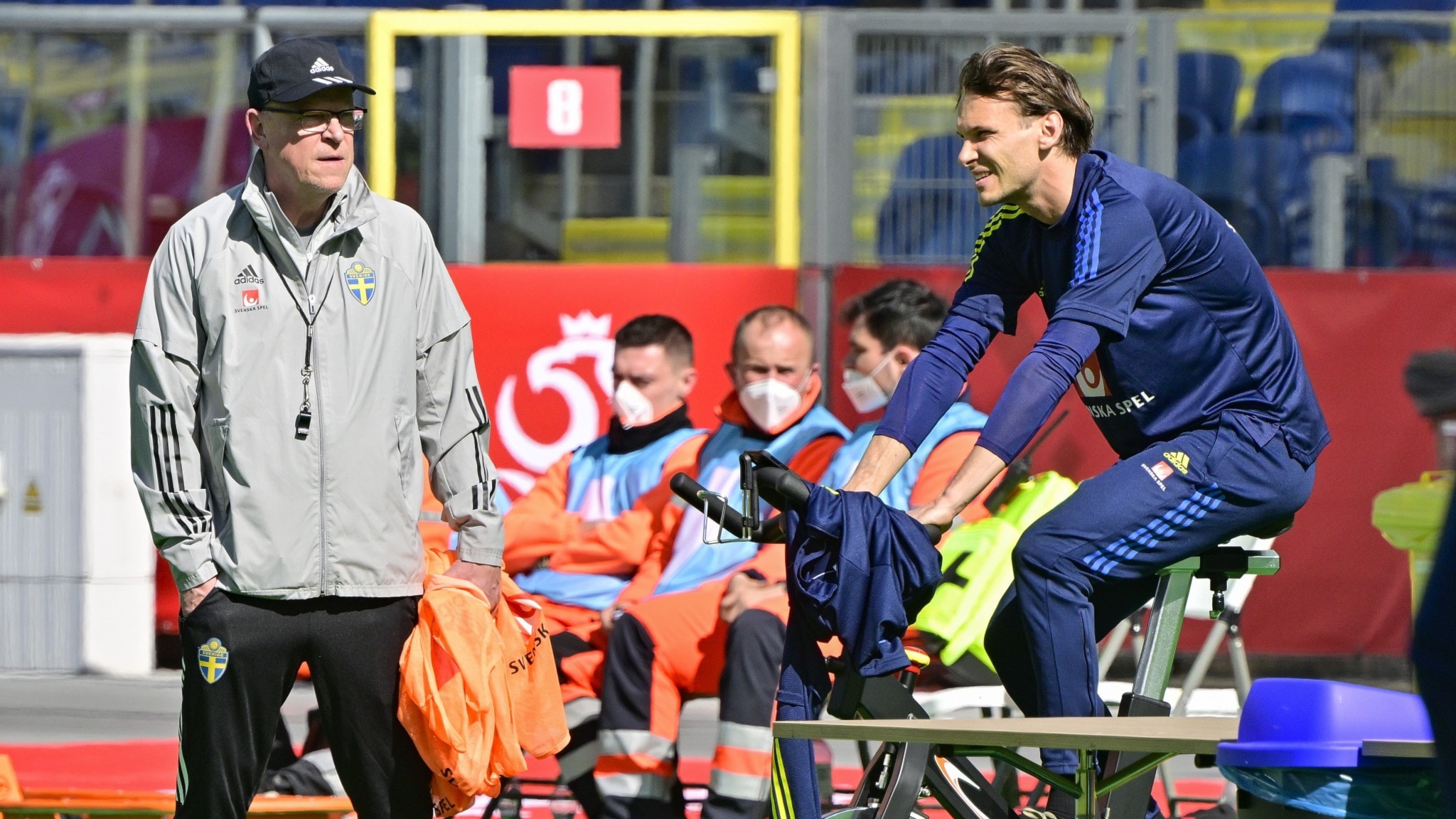 An image from the Swedish football team’s training ahead of the match.