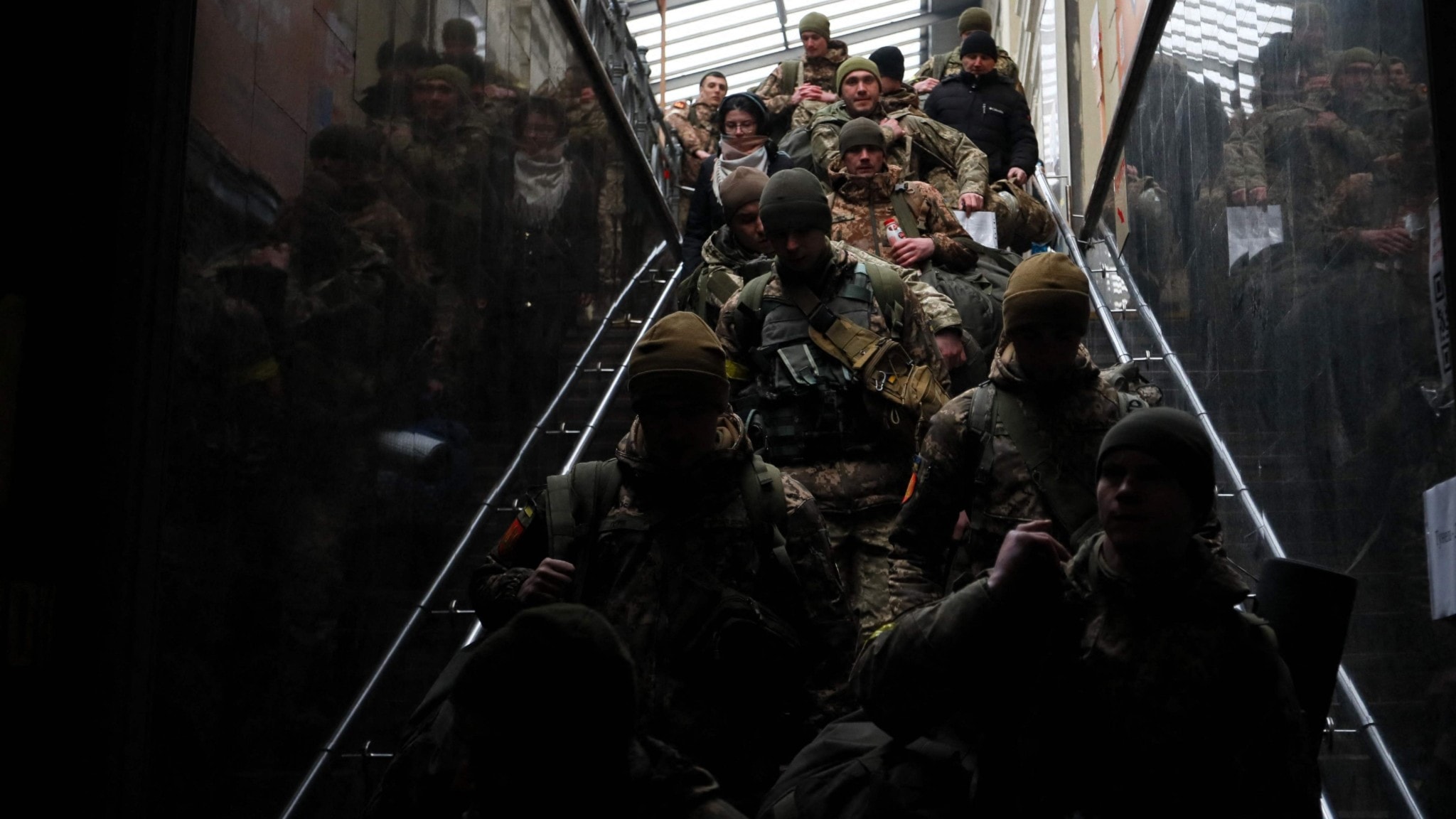 Ukrainian servicemen get ready to depart toward the Ukrainian capital of Kyiv.

Lyssna: Sweden among countries where people have donated to Ukrainian military