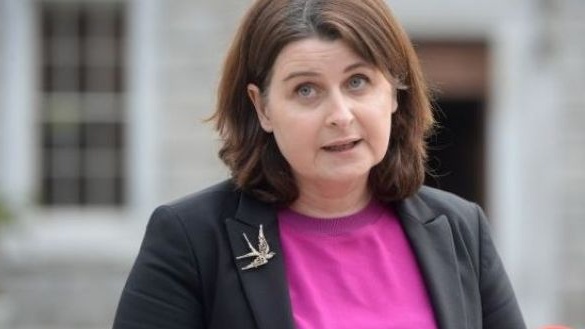 The chair of the Oireachtas Committee on International Surrogacy has said politicians have a responsibility to deal with the issue in a respectful way, following a week of rows between committee members.

Opening the committee’s fifth public meeting on Thursday morning, chairwoman Jennifer Whitmore, a Social Democrats TD, addressed the controversy of recent days and said witnesses should be questioned in a way that does not cause hurt.

The committee was suspended twice last week after Independent Senator Sharon Keogan was accused of being “crude and cold” by fellow Senator Lynn Ruane, while Sinn Féin TD Kathleen Funchion said Ms Keogan had been disrespectful to witnesses.

Ms Keogan demanded apologies from both on Wednesday in a private meeting, but these were not forthcoming and she then resigned from a separate Committee on Children, chaired by Ms Funchion.

“I don’t think anybody in this room or anybody looking in the session this morning online would understate the challenge of the task that we have been set as a committee. The issue of international surrogacy is a legally complex issue. It is a socially complex issue and it is an emotionally complex issue. And there are many strongly held views about this topic. And I do believe that each of us have much to learn about the issue.”

She said the committee’s task is “particularly challenging as we have only three months in which to complete it”.

“I would ask members to be mindful of the fact that many of the witnesses that we have invited in as a committee have been on very difficult and long journeys to get to this point.”

“I ask therefore, that our manner of questioning be done in a respectful way and without causing hurt.

“I would also ask them as members that we treat each other with respect.”

Ms Whitmore said she would not stand over “name calling or religious references in the chamber”.

She also criticised the discussion “of matters in a public forum that arose from private meetings”.

Last week Ms Keogan told witnesses, who were families giving their experience of surrogacy, that she “wholeheartedly objects to the commercialisation of the human child and the relegation of women to the status of simply incubator or wombs for hire irrespective of whether you are heterosexual, single, lesbian gay or trans”.

“Surrogacy I believe is harmful, it is exploitative and it is unethical. I don’t believe it is everyone’s right to have a child. It is a privilege to give birth and it can be dangerous even to those with the best medical attention.”