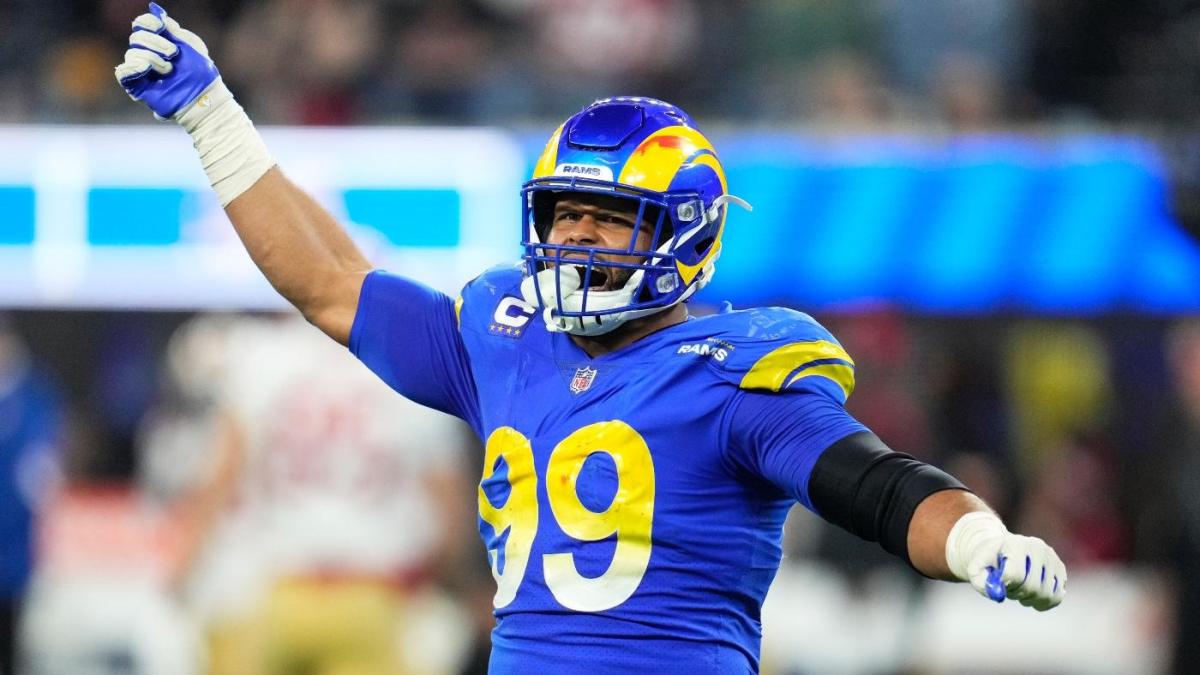 Well, it’s finally here. Super Bowl Sunday is one day away. After 21 (!) weeks of games and a week off after the conference championships, we’re going to watch the Los Angeles Rams and Cincinnati Bengals duke it out for the right to call themselves champions of the 2021 NFL season.

As always, we’re here to break down the matchup. But first, here’s how you can watch the Super Bowl on Sunday night.

When the Rams have the ball

The Los Angeles offense runs through Cooper Kupp, who is just about impossible to cover. He’s in the midst of arguably the greatest wide receiver season ever, having followed up his 145-catch, 1,947-yard, 16-touchdown regular season with 25 catches for 386 yards and four touchdowns during the Rams’ three-game run through the NFC.

Kupp aligns more often than not in the slot (63.2% of his routes, according to Tru Media), which makes Bengals cornerback Mike Hilton one of the most important players on the field. You don’t necessarily think of Kupp as a physically imposing presence, but the size advantage he (6-2, 208 pounds) has on Hilton (5-9, 184 pounds) could come into play here, especially on plays where Matthew Stafford is willing to throw into traffic. Of course, the Bengals play mostly zone coverage, so Hilton will get help from safeties and linebackers on this assignment. But it’s not like other teams haven’t tried that all year. Kupp just shreds it anyway.

All the attention devoted to Kupp should leave copious one-on-one opportunities for Odell Beckham Jr. and Van Jefferson on the outside. As we covered in our X-factors breakdown earlier this week, the way Jessie Bates III and Von Bell handle the back-side dig to Beckham could play a huge role in this game.

Bengals defensive coordinator Lou Anarumo has done a good job designing bespoke coverage plans for opponents throughout this season, counting on his veteran-laden defense to be able to handle all different types of looks. The Bengals over the last two offseasons broke with tradition and actually spent some money on outside free agents, and coming away with players like Bell, Chidobe Awuzie, and Eli Apple on the back end has helped diversify the defense.

The most important money, though, was spent on the defensive front. That’s where the Bengals landed Trey Hendrickson, as well as D.J. Reader and Larry Ogunjobi, among others. Cincinnati’s ability to get pressure without blitzing is what has propelled its run through the playoffs, and the Bengals will need to do it again in the Super Bowl. During the regular season, the Bengals had the fourth-lowest blitz rate in the NFL (22%). In the playoffs, they’ve dialed it back even more, sending extra rushers only 17% of the time.

That’s a good thing, because you really do not want to blitz Stafford. Like, ever. He completed 93 of 130 passes for 1,294 yards, 16 touchdowns and just one interception against the blitz during the regular season. That was good for a league-best 139.6 passer rating, and he ranked second in expected points added per blitzed dropback, behind only Patrick Mahomes. (The Bengals notably did not blitz Mahomes very often in the AFC title game. It was a huge part of their game plan.)

Hendrickson and Sam Hubbard rushing off the edges against Andrew Whitworth and Rob Havenstein should be a fun matchup to watch. Cincinnati’s ends aren’t the twitchy types who scream around the corner and bend their way to the quarterback. They’re power, effort type of rushmen who maintain good lane discipline and just keep working and working until they get the passer on the ground.

It remains to be seen how the Rams will divvy up their backfield work. For the first time all season, they’re expected to have each of Cam Akers, Sony Michel, and Darrell Henderson active. Henderson was the bell cow early in the season. Michel took over late in the year. Akers soaked up almost all the work by the time the Rams got to the divisional round, but he wasn’t very effective and ended up splitting work with Michel in the conference title game after an early-game shoulder injury. The L.A. offense is often at its best when it can marry the run with the play-action passing game, and the Bengals have been a bit vulnerable on the ground during the latter portion of the year. The Rams haven’t run it well of late, but if they can change that here, that’d be a big plus.

When the Bengals have the ball

The big focus on this side of the ball is the matchup in the trenches. As we wrote in our X-factors breakdown:

The three most important players in this game might be Quinton Spain, Trey Hopkins, and Hakeem Adeniji. That’s the trio that will largely be tasked with dealing with the game-wrecking force of Aaron Donald on the inside. It’s also the single-weakest part of the Bengals offense, which we have seen come into play throughout this postseason. Spain and Adeniji ranked 62nd and 57th, respectively, in ESPN’s pass-block win rate among 63 qualifying guards this season, while Hopkins ranked 26th out of 32 qualifying centers.

Joe Burrow was the most-sacked quarterback in the NFL during the regular season. Not all of that is on the offensive line, of course. Burrow was only pressured at the league’s 16th-highest rate, but his pressures turned into sacks at the third-highest rate in the NFL, behind only Baker Mayfield and Ben Roethlisberger. But his pressure rate has spiked a bit during the playoffs, and his rate of sacks to pressure has stayed mostly the same.

We saw how an interior rush could batter the interior of Cincinnati’s offensive line in the divisional round, when Jeffery Simmons laid waste to the Bengals’ pass-protection. Burrow was sacked nine times, with Simmons collecting three of those takedowns. Simmons is a terrific player, but he’s not as dangerous as Donald. Donald has a playoffs-high 16 pressures, and has collected a sack, hit, or hurry on 14% of his pass-rush snaps during the postseason. That’s the highest rate among interior defenders by a not-insignificant margin.

All of that is a big problem for Cincinnati, and of course, Donald is not the only problem the Rams present up front. There’s also the matter of Von Miller and Leonard Floyd coming around the edges. Jonah Williams and Isaiah Prince will have their hands full with that duo. The Bengals don’t typically like to keep a tight end or back in to help with pass-blocking, largely because Burrow prefers to have as many receivers as possible out on routes. If that’s the tact they take in the Super Bowl, the Bengals’ fate might very well ride on how well he calibrates his internal clock.

Another major question is how the Rams plan to deploy Jalen Ramsey. He has not traditionally shadowed opposing receivers this season, though the Rams have made a few exceptions for bigger-bodied receivers because No. 2 corner Darious Williams is very slight. Ramsey followed Mike Evans for most of the game in the divisional round, for example. Tee Higgins is actually quite a bit bigger (6-4, 215 pounds) than Ja’Marr Chase (6-1, 200 pounds), but the rookie plays bigger than his size. The smart bet is on Ramsey playing playing his star (slot) position on early downs when the Bengals might be more likely to run the ball, and tangling with whichever wideout the Rams consider the bigger threat when Cincinnati gets into second-and-long or third-down situations.

Opponents have been willing to test Williams throughout the postseason, and the size advantages held by Higgins and Chase, combined with Burrow’s eagerness to throw the ball downfield, could lead to some deep shots. The most vulnerable area of the Rams defense, though, is typically short and over the middle. That’s where Tyler Boyd does most of his work, and where Joe Mixon can be a threat on checkdowns.

The structure of L.A.’s defensive shell often works to bait opponents into running the ball more often than they should. Zac Taylor has shown a willingness to do just that throughout the season, up to and including during the AFC title game, when the Bengals kept pounding the ball into the line on early downs for little yardage, then asking Burrow to bail them out later in the series. He was able to do it because the defense found a way to shut its opponent down, but that’s not necessarily a winning strategy.