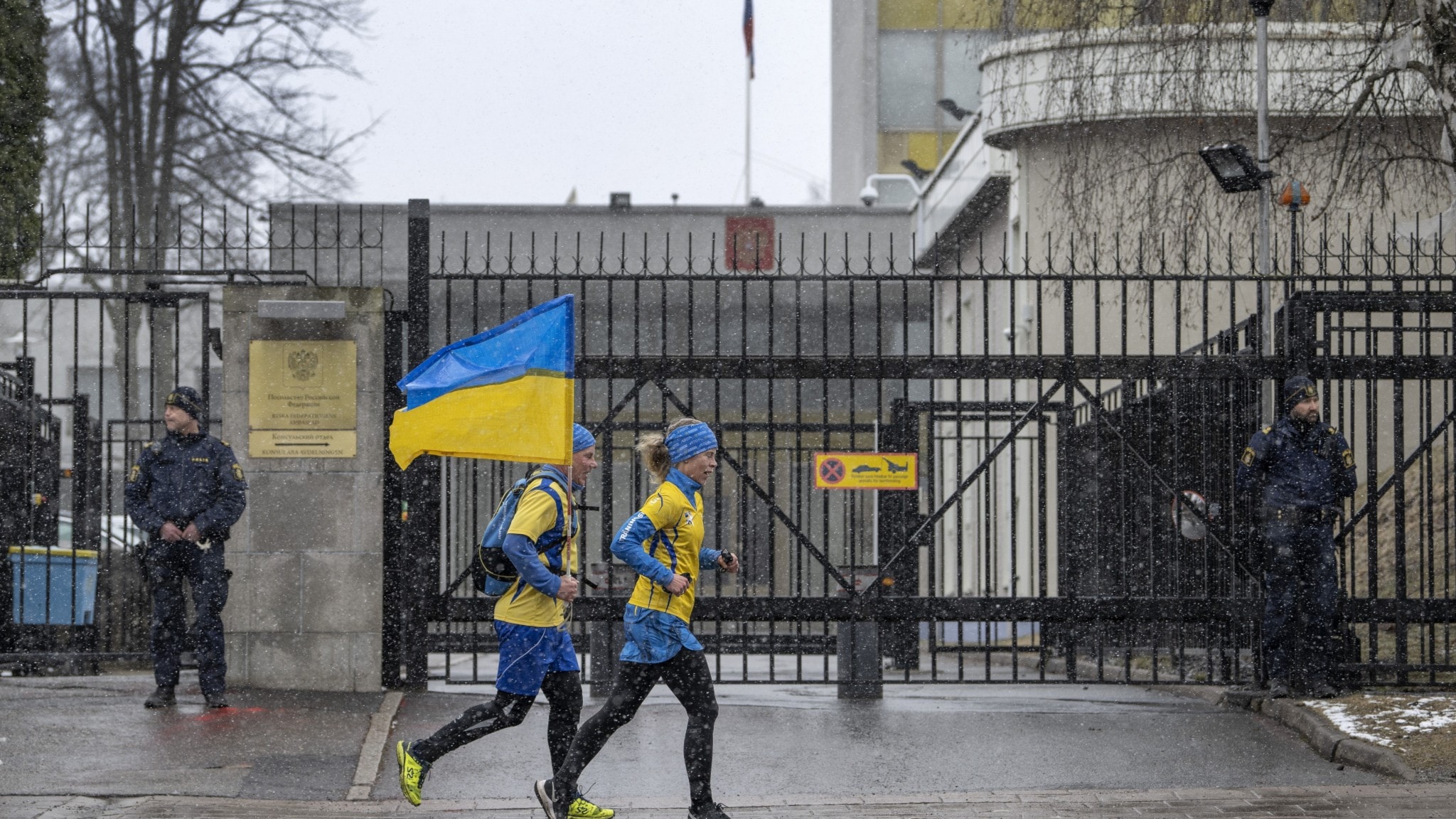 Runners in Ukrainian colours running outside the Russian embassy in Stockholm.