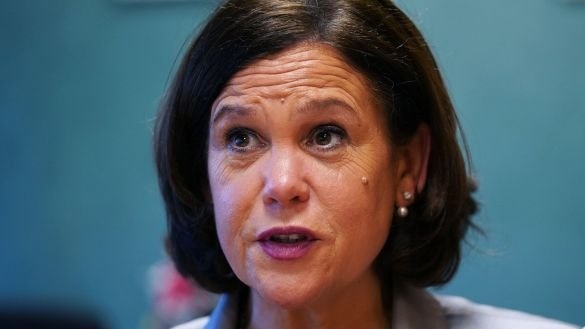 Sinn Féin leader Mary Lou McDonald has passed on her congratulations to Queen Elizabeth on a “lifetime of service” on her platinum jubilee.

Ms McDonald was reacting to the news that a tree is to be planted in the grounds of Parliament Buildings at Stormont to mark the jubilee.

“I think it is important that we are respectful of the identity of our citizens who are British. I think that is entirely appropriate and I welcome that decision. For those who will celebrate the jubilee, I wish them well and a good jubilee and for those of us that don’t I believe we are now big enough, bold enough, generous enough to acknowledge the identity of others,” said Ms McDonald.

“Can I also extend to the British queen a word of congratulations because 70 years is quite some record. That is what you call a lifetime of service,” added the Sinn Féin leader.

Permission was granted by the Assembly commission this week for the tree planting. The commission, comprising representatives of the main Stormont parties, has responsibility for Parliament Buildings.

Last month, the North’s Minister for Finance Conor Murphy ordered a review of the policy regarding events that can be commemorated in the Stormont estate following a row over a decision to prevent the tree planting.

The DUP had called for an equality investigation and accused Mr Murphy of “intolerance and disrespect”.

DUP Assembly member Joanne Bunting had originally sought permission to plant the tree on the estate as part of the Queen’s Green Canopy project, an initiative that encourages people across the UK to plant a tree for the jubilee.

Mr Murphy, whose department has responsibility for the grounds of the Stormont estate, insisted that official policy dictated that only “international events” could be commemorated with physical structures or planting.

Sinn Féin insisted the stone had been “designed and commissioned by representatives of one tradition” and accused unionists of failing to consult with other parties about their plan.