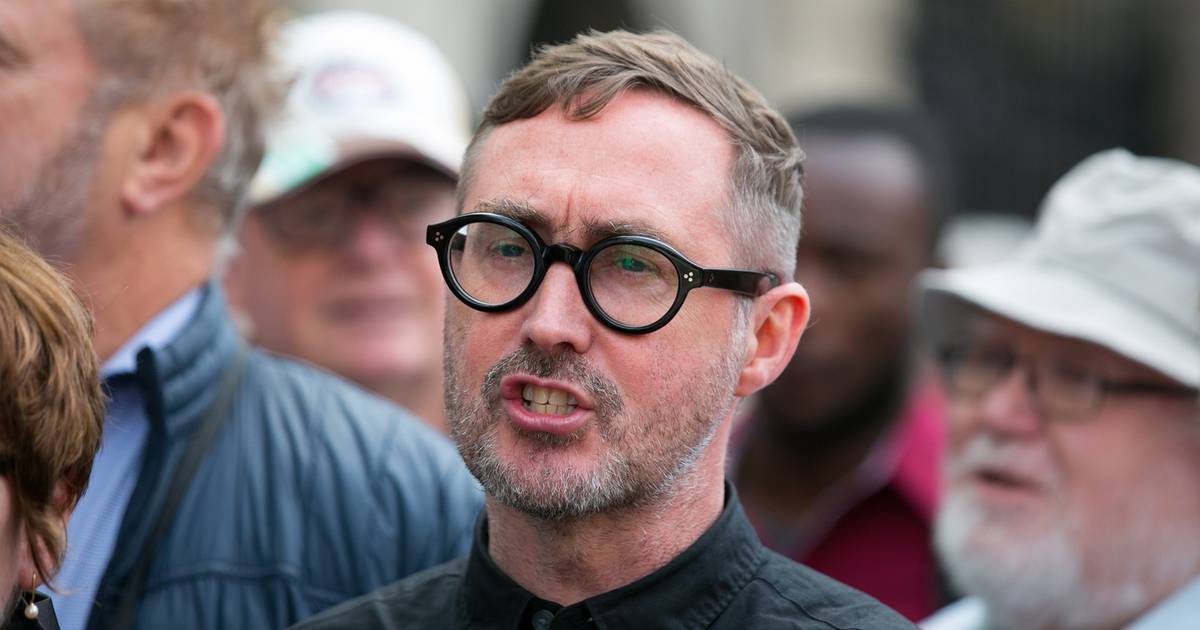 It was “unethical” for Sinn Féin to accept more than €3m from an English donor, an Oireachtas Committee examining electoral reform has been told.

The Committee on Housing met on Wednesday morning to discuss new electoral reform laws. Labour TD Ged Nash urged the Government to examine new rules that would address the difference in allowable donations between Ireland and Northern Ireland.

Last summer it was reported that Sinn Féin had accepted more than €3m from the estate of Billy Hampton.

The former mechanic, who was not married and had no children, left some money to friends and acquaintances, but the main beneficiary of the will was the Sinn Féin.

In the Republic, the maximum donation that can be accepted by a political party is €2,500. Parties cannot accept donations from persons who reside outside the State unless they are Irish citizens.

In the UK, there is no limit on the donations that can be made to political parties by persons who are on the UK’s electoral register.

Mr Nash urged Minister of State in the Department of Housing Malcolm Noonan to address the issue as part of the new Electoral Reform Bill 2022.

“The decision was taken by Sinn Féin corporately to accept [the donation] in the North. Sipo [the Standards in Public Office Commission] accepted that there is a legal difference between both jurisdictions. But that does not mean there is not a real problem. There is a real problem,” Mr Nash said.

“Frankly, from where I am standing, it is unethical to accept donations of that scale that would dwarf the €2,500 corporate limit that we decided on as a parliament and a society more generally because of the toxic and poisonous influence of money in politics. It is not right that this is accepted. There is a decision that parties have to make themselves around whether this is right or not or whether it fits in with their moral or ethical compass. Or we legislate.”

He said the fact that there were two jurisdictions involved “should not act as a barrier for us to try and deal with this because it is a very, very real issue”.

Sinn Féin TD Eoin Ó Broin told the committee that it is “one of the great tragedies of partition that it creates all of these difficulties in many respects. We would much prefer one set of electoral laws for the island because it would make our job an awful lot easier”.

The new Electoral Reform Bill will impose a new obligation on leaders of political parties to provide a written statement every year stating that all donations in cash or in kind have been declared. Furthermore, any donations made to a party in the State from another branch or subsidiary of the party outside the State will now have to be declared regardless of the size.

At present, political parties are required to disclose the details of any donors who give more than €1,500 in a year in an annual declaration.

The new legislation proposes to regulate for online advertisements during electoral periods.

Online political ads will have to be clearly labelled as “political” and be accompanied by a transparency notice.

However politicians at the committee urged to Minister to re-examine the plans and go further, with Fianna Fáil TD Paul McAulliffe suggesting that online political ads should be banned outright, although he later withdrew this amendment to the Bill ahead of a reconsideration of the amendment in the Dáil.

He questioned “why we continue to limit the regulation to the period of the election and not outside of it.”

“There is a lot of discussion about what happens in online political advertising and some people think other parties are better at it than others. But actually, the real problem is we don’t know what’s going on with a lot of the algorithms and the micro-targeting. We need to have that level of trust in our democracy.”

Mr Ó Broin said greater regulation was needed but he did not favour an outright ban.

“Online advertising is very cheap. The ability of people, for example, to boost Facebook posts… is something that gives small candidates, non-party candidates, small parties access to a way of promoting their work that otherwise they wouldn’t have. So I’m not in favour of an outright ban.” However he said “the weakness of the regulation in online advertising and online platforms is very evident in this Bill.”

“I think if we fail to grapple with this now, there will be elections at some point in the future which will become a point of serious contention over our failure to regulate and who has or hasn’t done what in terms of online advertising.”

Soc Dems TD Cian O’Callaghan agreed that such a post-election outcry could be “quite damaging to confidence in the democratic system” while Fine Gael TD Emer Higgins said many elections are won or lost outside dedicated election periods.