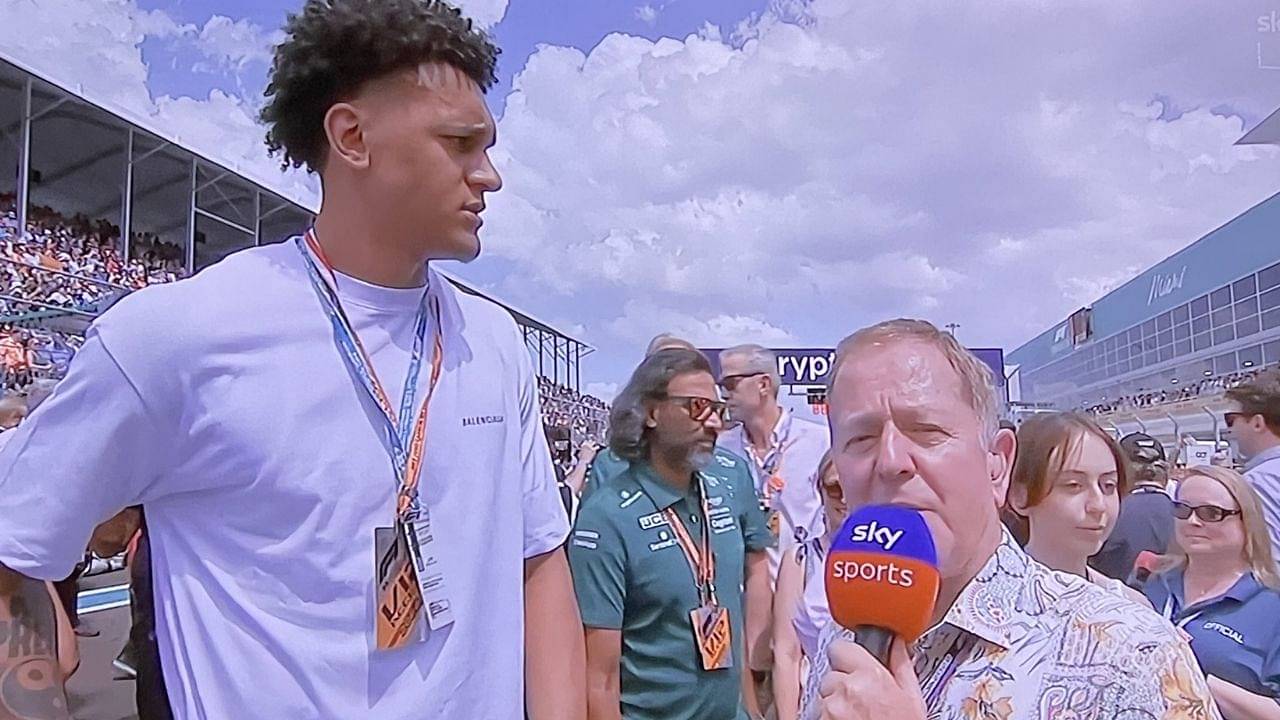 Martin Brundle went through one of his most awkward moments ever during the pre-race grid walk ahead of the inaugural Miami GP.

The pre-race grid walk features Brundle walking around the set grid, talking to drivers, teams and often celebrities. In certain races however, the number of celebrities on the grid outnumber the number of race personnel.

One such instance was this week’s Miami GP. The inaugural race in the glamorous city in Florida featured several star names who attended the event. The likes of Shawn Mendes, David Beckham, Michael Jordan and Tom Brady were all grid side.

Brundle however found himself in the midst of several people he did not know. They may be famous to many, but the Sky Sports pundit had no clue who some of them were. One particular encounter however has momentarily made Brundle the most trending man on social media.

Martin Brundle thought he was talking to Patrick Mahomes 😂

Also can we make sure Paulo doesn’t cramp in this heat! He’s locked in! pic.twitter.com/n8afEDvjI4

He approached a man whom he believed to be NFL star Patrick Mahomes. He began interviewing him, thinking he was talking to the Kansas City Chiefs quarterback. However as it turns out, it wasn’t Mahomes. Instead he was interviewing future NBA lottery draft pick Paolo Banchero!

Also read: “She was four years old and had hatred in her face towards me”- Nico Rosberg reveals how a Lewis Hamilton fan gave him his most traumatic experience in his career

Banchero may still be relatively unknown to people who don’t follow American basketball. The 19-year old is one of the hottest basketball prospects in the country, and it’s predicted that he’ll be a top-3 draft pick in 2022 NBA draft.

When Brundle mistook him for Mahomes, F1 Twitter went absolutely crazy. Some people found it hilarious, whereas others once again questioned the involvement of unrelated celebrities in this pre-race ritual.

Shows you how big NFL stars are outside of America. Nobody knows them.

Be as it may, no one can deny that Brundle’s grid walks always deliver when it comes to entertainment!