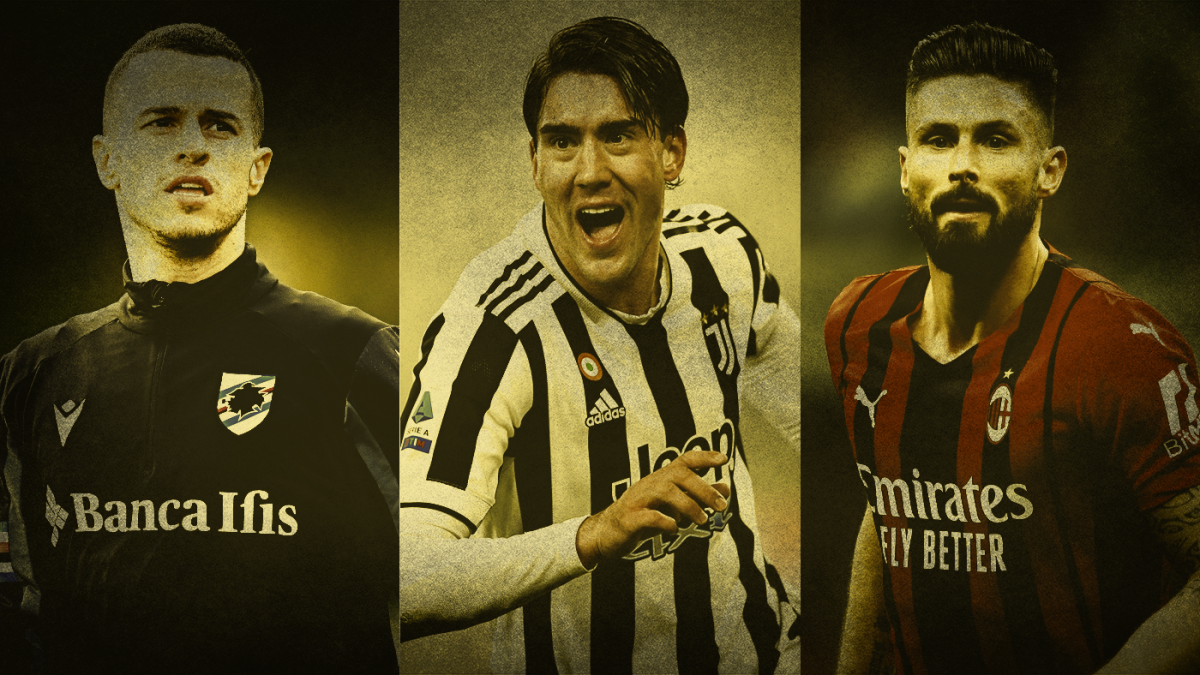 Welcome to the Serie A Star Power Index: A weekly gauge of the players who are most controlling the buzz around Italy. Inclusion on this list isn’t necessarily a good thing. It simply means you’re capturing the Serie A world’s attention. This is also not a ranking. The players listed are in no particular order as it pertains to the buzz they’re generating. You can watch Serie A’s top players all season long on Paramount+.

It was a surprising week for Sampdoria, which saw one of the best talents in Italian soccer over the last decade make his triumphant return to Serie A. Sebastian Giovinco joined Sampdoria on a six-month deal until the end of the current season where he’ll be tasked to help them stave off relegation. Marco Giampaolo’s team scored a nice home win on Sunday against Sassuolo, 4-0, but it accompanied bad news with the ACL injury to striker Manolo Gabbiadini. As a result, the club decided to help the coach with a short-term signing and that’s how the deal with Giovinco came into fruition in less than 24 hours.

Giovinco had been training with his former club Toronto FC over the past few weeks while waiting to sort out what was next. The 35-year-old started his career in Italy where he spent seven years with stints at Juventus, Empoli and Parma. With Juventus, he won two titles in 2012-13 and 2013-14 under Antonio Conte along with two Supercoppa Italiana titles. In 2015, he made the surprising move to join Toronto where he scored 83 goals in 142 MLS matches before moving to Al-Hilal in Saudi Arabia. Now he’s back to Italian soccer and ready to help Sampdoria avoid relegation.

We could not have expected anything better from Dusan Vlahovic’s debut with Juventus. The Serbian striker managed to score his first goal just 13 minutes into his Juventus career thanks to a peach of an assist from Paulo Dybala. Vlahovic was the absolute star of the match along with Denis Zakaria, who also scored his first goal in his debut. And it wasn’t just the goal, though. Vlahovic had five of Juventus’ 11 shots and 0.86 out of their 1.43 xG. It was a fantastic start for a rising star who already seems incredibly comfortable operating as the focal point of Juve’s attack.

“I have to thank my teammates and the coach who have welcomed me very well these days. I’m trying to understand as soon as possible what it means to be here, I need some time. But the important thing was to score here,” he said to DAZN after the match.

Vlahovic will now need to help his teammates achieve the crucial goal of qualifying for the Champions League next season with a top-four spot in Serie A, but things now look considerably better thanks to his arrival. Meanwhile, Juventus still have ambitions for a deep run in the current Champions League season where they play against Villarreal on Feb. 22 on Paramount+.

The French striker was the man of the week in Italy thanks to his pair of braces against Inter Milan in Serie A and Lazio in the Coppa Italia, respectively. He’s now at 10 goals on the season across all competitions, and interestingly enough, all have come at San Siro and none away from AC Milan’s home stadium. The Derby della Madonnina last Saturday against Inter Milan marked a turning point of the season. His three-minute double sparked AC Milan’s come-from-behind 2-1 victory that reopened the title race, with the Rossoneri only one point behind Inter and with one game in hand. The two goals against Lazio contributed to the 4-0 thrashing which sets up a two-legged Milan Derby in the cup semifinals.

Giroud arrived last summer from Chelsea for €1 million, and has proved to be a key signing this season, in part because he has been able to replace a crucial player like Zlatan Ibrahimovic, as the aging superstar’s minutes are limited by injuries. Giroud proved that he’s still an important player and can contribute to the Rossoneri dreams of winning the scudetto 11 years apart from their last triumph. In fact, in league play, Giroud’s seven goals and 5.37 xG are second only to Ibrahimovic on Milan. Interestingly, despite Giroud providing cover for Ibrahimovic, the two play very differently. The flamboyant Milan star gets his goals by being a high volume shooter, taking 4.34 shots per 90 minutes, while Giroud takes only 1.91. In effect, when Zlatan leads the line everything runs through him, while Giroud specializes in pouncing on only the best opportunities. But, whoever is playing up top, it’s working for Milan.

Last weekend also saw Napoli striker Victor Osimhen return to the scoresheet. The Nigeria international was absent for almost two months after he suffered a left cheekbone and orbital fracture in Napoli’s Serie A clash against Inter Milan on Nov. 21. The injury forced him to miss AFCON with Nigeria last month as he recovered and while Luciano Spalletti played him against Bologna and Salernitana, he didn’t manage to score. He did it last weekend against Venezia, and with this victory Napoli are back on track, tied on points with AC Milan second in the Serie A standings.

Osimhen has scored 10 goals in 17 matches in the current season and his comeback is hugely important for Napoli’s ambitions. In addition to the scudetto chase, they will face Barcelona on Feb. 17 in the UEFA Europa League at Camp Nou on Paramount+.

Despite his limited minutes this season, Osimhen has been an influential striker. His goal scoring rate is good, 0.55 non-penalty goals per 90 minutes of league play, which ties him for the 10th-most frequent scorer in the Serie A, but looking at his xG suggests that the best is yet to come. Osimhen’s non-penalty xG per 90 is a stunning 0.67, the highest in Serie A. If he keeps creating the same kinds of chances he has so far, his scoring will also likely pick up, turning him from the good striker he’s been so far into a possibly transcendent talent.