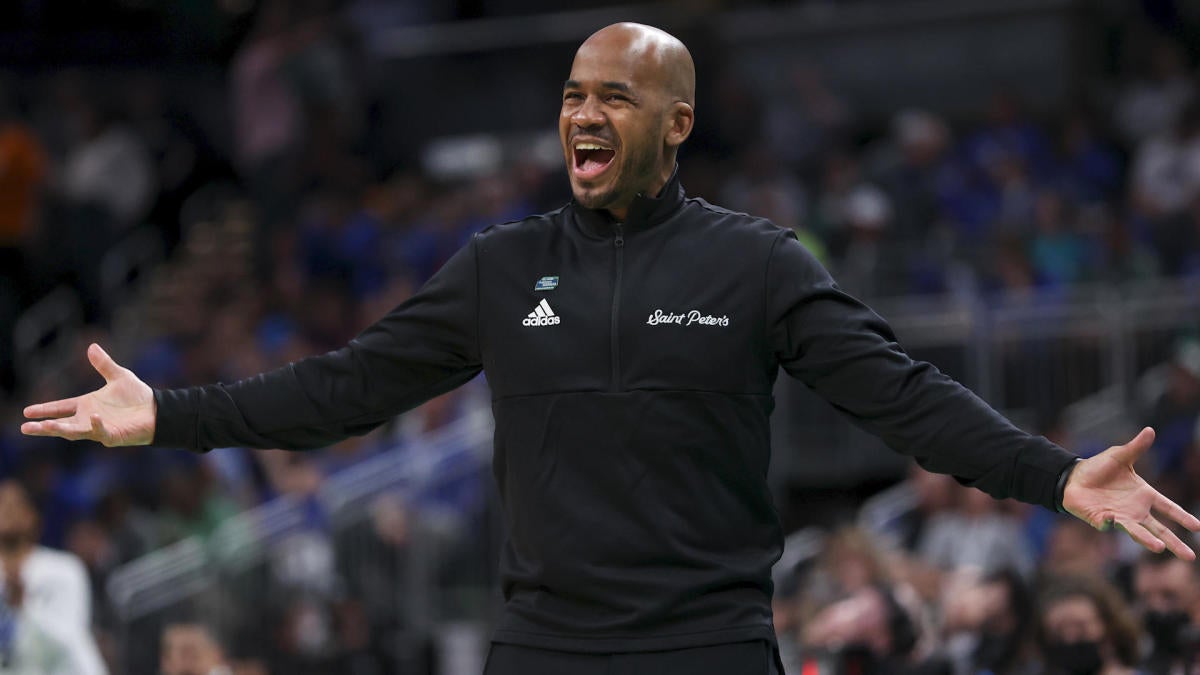 Happy Monday, all! What a weekend of sports.

Five days ago, it was safe to say most people didn’t know much — if anything — about the Saint Peter’s Peacocks.

Now, they’ve likely busted your bracket and yet still managed to warm your heart. They’re only the third 15 seed to ever make the Sweet 16, joining…

After stunning 2-seed Kentucky in the Round of 64, Saint Peter’s kept the good times rolling with a wire-to-wire win over 7-seed Murray State on Saturday. KC Ndefo had 17 points, 10 rebounds and six blocks against the Racers and Doug Edert added 13 points.

So, who exactly is Saint Peter’s? Well, obviously the Peacocks are new to this — they had never won an NCAA Tournament game before this year, and their website crashed after the win over Kentucky — but their coach is no stranger to March success, notes college basketball reporter Kyle Boone:

Saint Peter’s is this year’s Cinderella, but there are 15 other teams vying for a national title. Here’s what the schedule looks like for the next round of the tournament:

We have early betting lines for you right here.

One week ago, nine Big Ten Tournament teams were preparing for the NCAA Tournament, most of any conference.

Today, seven of those teams’ seasons are over, including those of the regular-season co-champions (Illinois and Wisconsin) and the conference tournament champion (Iowa). Yesterday alone, the conference went 1-4.

Only (11) Michigan and (3) Purdue remain. Unfortunately for the Big Ten, there’s a feeling of deja vu creeping in.

You can see all of the winners and losers from the weekend here.

With opening day just two-and-a-half weeks away, two of the biggest names on the free-agency market — both shortstops — have found new homes. Yesterday, the Red Sox scooped up Trevor Story, and the day before that, Carlos Correa agreed to a deal with the Twins.

Story came in 11th in our MLB reporter R.J. Anderson’s free agent rankings, and his deal with Boston is for six years and $140 million. An All-Star in both 2018 and 2019, Story has hit 107 home runs over the past four seasons, most of any shortstop.

Correa’s deal with Minnesota, meanwhile, is reportedly for three years and $105.3 million, making him the highest-paid infielder in MLB in terms of per-year salary. He was Anderson’s top free agent this offseason:

As for other key deals over the weekend:

With the hot stove finally starting to cool, you can see Anderson’s grades for every team’s offseason here.

It has been a busy few days for NFL transactions, headlined by the Browns trading for quarterback Deshaun Watson. Here are the full details:

Watson’s trade market heated up following March 11, when a grand jury decided that Watson would not be criminally charged after an investigation of multiple allegations of harassment and sexual assault. There are still 22 active civil lawsuits against the QB alleging sexual assault and/or sexual misconduct. The NFL is still investigating the matter. The Browns said they conducted an “extensive evaluation process” before acquiring Watson, who did not play last season.

When on the field, Watson is a top-tier talent with three Pro Bowl selections in just four NFL seasons. Here are NFL expert Tyler Sullivan’s grades on the deal.

That was far from the only notable move, though:

You can always keep up with the latest developments here and check out the top remaining free agents here.

The women’s NCAA Tournament Round of 32 wraps up today. Here’s the entire schedule.