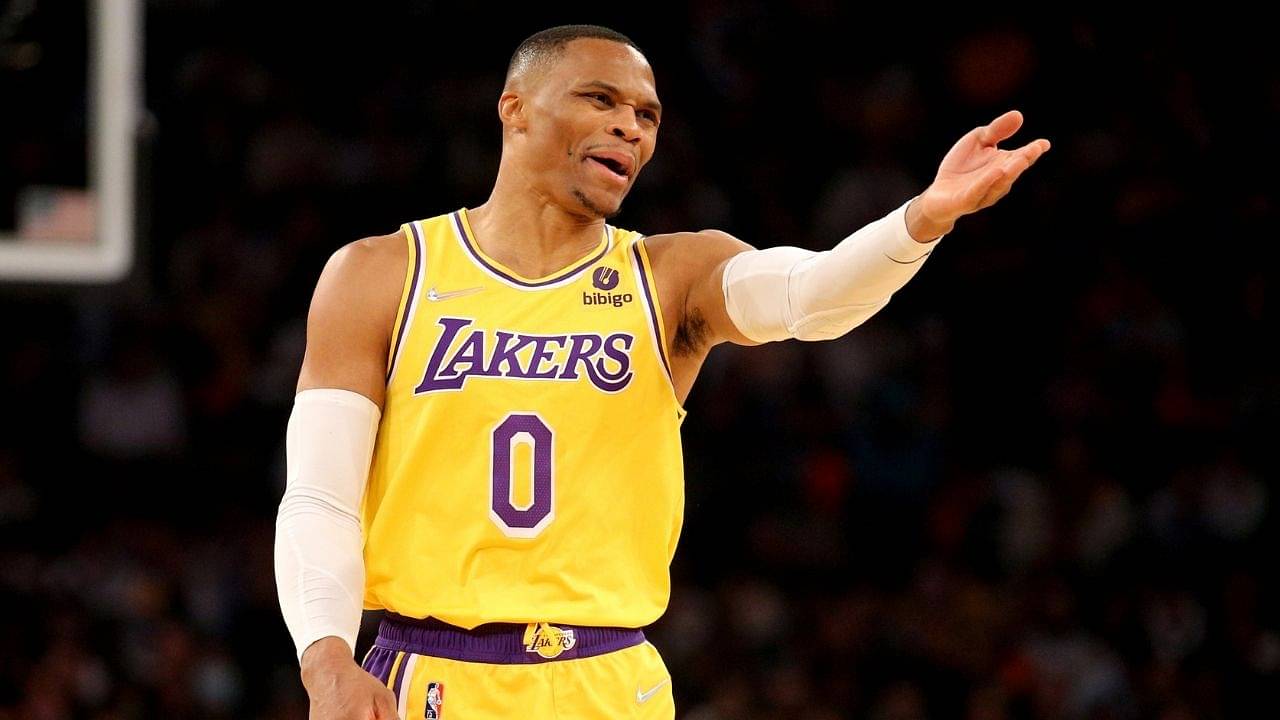 Despite having a 19-7-5 stat line, Russell Westbrook did not do well against the Golden State Warriors.

Russell Westbrook made sure Shannon Sharpe‘s agenda against him stayed intact with his performance in the loss against Steph Curry and co. After making a shot, he decided to show off, which irked Sharpe. He then air balls a layup right in the next play, and that led to a dunk for GSW.  Not good for a guy who averaged a triple double for three seasons in a row.

On paper, Brodie had a decent game against GSW. He only had a turnover, and he was positive in his plus minus as well. But where it mattered the most, the highest earner of the purple and gold did not make anyone happy. Over the past couple of months, his confidence has been dropping, culminating in a drop against the Blazers last game.

The Los Angeles Lakers led the game for most of the time in the third quarter and start of the fourth quarter. But that did not matter, because Klay Thompson morphed into game six Klay, and ended any hopes the Lakers faithful had. Even on a day when Steph Curry was off from the 3 point line, the other splash brother has him covered.

Russell Westbrook looks unhappier by the day on this Lakers roster

Westbrook may have come home to LA, but his homecoming has been nothing short of unhappiness on both ends. He was never really a good fit next to LeBron James and Anthony Davis, and yet they decided to give up valuable squad depth to bring him in. To fit 3 superstars nowadays can only maybe happen in a video game, not in real life.

He was must happier on the Washington Wizards, playing with Bradley Beal was a pleasure. He could finally enjoy his role like his OKC days, but life in the capital city was cut short with the massive trade. It may not have been a winning season for him, but at least he had fun with the ball in his hand.

The last big three could be the KD-Steph-Klay combination that had the league shook up until 2019. Durant tried to recreate that with James Harden and Kyrie, but it did not pan out. The league may have come to a place where 2 superstars is the maximum a team can handle.