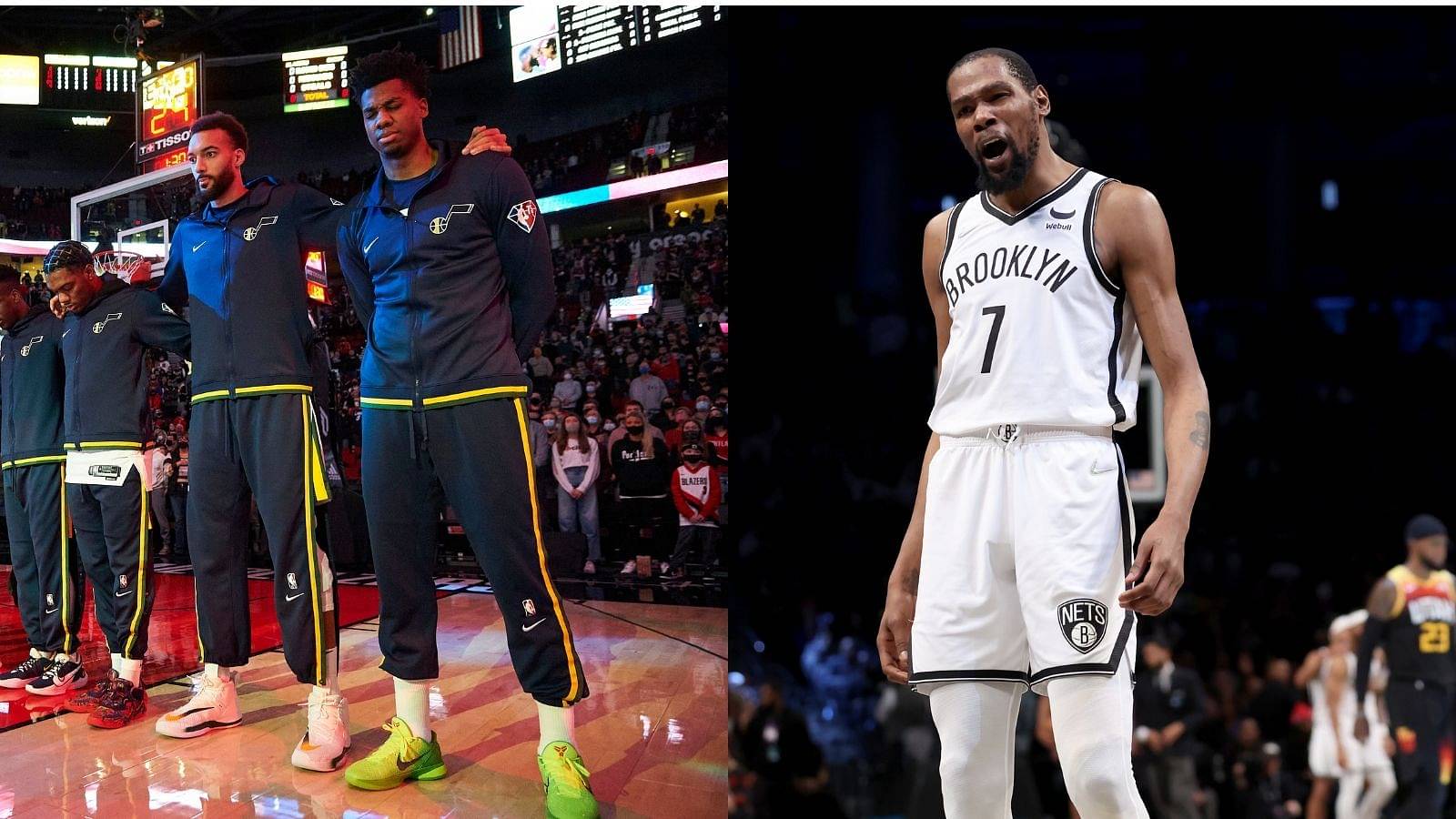 Brooklyn Nets forward Bruce Brown says their master plan is to always give the ball to Kevin Durant and move out of the way.

The Nets just defeated West’s fourth-seeded Utah despite Donovan Mitchell‘s 30-point outing. Although the game started in Jazz‘s favor, Brooklyn outscored them by 14 in the third quarter. They went on a dangerous 15-2 run towards the end and it was a sign for the Nets to pull up their socks again.

Even though the Jazz was within single-digit they could not top it off with a W, Utah’s two primary offensive weapons were struggling to shoot Monday night. Mitchell and Clarkson combined for 16-42 from the field.

Nets were massively shorted handed with Simmons and Kyrie both ruled out. However, the 2x Finals MVP did a little bit of everything to make sure his team moves up on the table.

Also Read: “LeBron James went home to Cleveland and reminded everyone why he is the King!”: Magic Johnson heaps praise on Lakers’ superstar as he drops a 38-point triple-double for win over Kevin Love and the Cavs

Kevin Durant couldn’t believe Utah had Hassan Whiteside on him

KD answered Donovan Mitchell’s 30-point game with his own 37-point explosion. Unlike Spida, he was efficient from the field and did not jack up 15 threes but made 4 out of 7 attempts. In addition, Durant had 9 rebounds and 8 assists. The Slim Reaper is playing every role for the Brooklyn Nets on nights Kyrie Irving isn’t available. In his own words, KD is ready to die out there on the court.

It was clear that the 3x DOPY Rudy Gobert shied away from the Kevin Durant assignment. Guarding him one-on-one is not possible for anyone in the league, let alone a big. It was Royce O’Neal and Hassan Whiteside making a failed attempt to contain him all night.

Although Rudy Gobert was helping out Durant’s defenders in the fourth it did not make any difference. KD went on to surpass the man on NBA’s logo to take the 22nd spot on the all-time scoring list.

After the game, Bruce Brown described the Nets’ strategy once they realized that Utah was starting to switch.

“We heard they were starting to switch so really it was just get [Kevin Durant] the ball and get out the way. We know [Rudy Gobert] and Hassan [Whiteside] can’t stay with him at all.”

Durant embarrassed Hassan Whiteside all night. At one point he hit a massive three on him and turned to Utah’s bench and asked “Why is he on me?”

LOL Kevin Durant is wondering if Whiteside is serious pic.twitter.com/jJaNzt4XKc

The Brooklyn Nets are 8th in the Eastern Conference. There are only 10 games remaining in the regular season but escaping the play-in tournament is still a possibility for the former #1 seed.

Also Read: “Next time I see Jerry West, imma give him a little sh*t about it!”: Kevin Durant has a hilarious plan for when he meets ‘The Godfather’ after taking his 22nd spot on the all-time scorers list