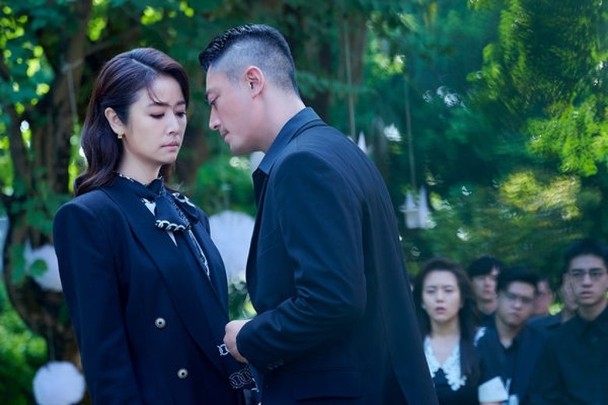 One of Taiwan’s most successful actress-turned-producers, Ruby Lin (林心如) partnered with Netflix to produce addictive thriller Light the Night <華燈初上>, which became a pan-Asian hit since its initial release in December. In response to the enthusiastic reception, Ruby is currently considering filming season 4 and a movie.

“It’s not out of the question, but the scriptwriter said that we have to think of an even better story. Someone has already died in season 3–we can’t just keep repeating ourselves and have someone die in season 4 as well. If we were to film it, then we should film it simultaneously with a movie spinoff,” Ruby revealed.

Netflix announced that Light the Night season 3 will be airing on March 18, and many are eagerly awaiting its releases after the exciting trailers. Many friends have even tried getting Ruby’s husband, Wallace Huo (霍建華), drunk in order to find out who the murderer is!

Working With Her Husband On Set

Known for its star-studded cameos, Light the Night also features Wallace in a tension-filled plot opposite Ruby. Asked how she convinced her husband to agree to a starring role, Ruby shared that she had initially offered several characters for Wallace to pick from, but he only requested to have the easiest role.

“Wallace said he wanted to help me out with a cameo, but he doesn’t need to have any special character. The most important thing was that it wasn’t too tiring! I had to tell the scriptwriters to ensure that his character didn’t have too many storylines,” Ruby said.

Asked if Wallace regretted his promise after finding out that Ruby would have to slap him in a confrontational scene, she replied that she was the one who questioned whether there was a need for it. “The director felt that it was important, because it showed my character jumping back in fear after slapping him. I also asked other crew members for their opinions, and they all agreed with the director.”

Recalling slapping her husband four times that day, Ruby said that she “especially treated him to a late night snack” and would “wait for him to finish work every day” whenever Wallace was on set.

In an earlier series Ruby had produced, The Glamorous Imperial Concubine <傾世皇妃>, which also starred Wallace, she also slapped him several times. “His skin is very pale, so the slap marks are very apparent. We are professionals, so he is also very serious and will use force if he had to film these types of scenes. There is a bit of technique to it though–we try to use our fingertips so that it hurts less.”

In July, Ruby will be producing a new male-centered drama, which will focus on themes surrounding life and death. Due to the content, Ruby and Wallace will not be starring in it.