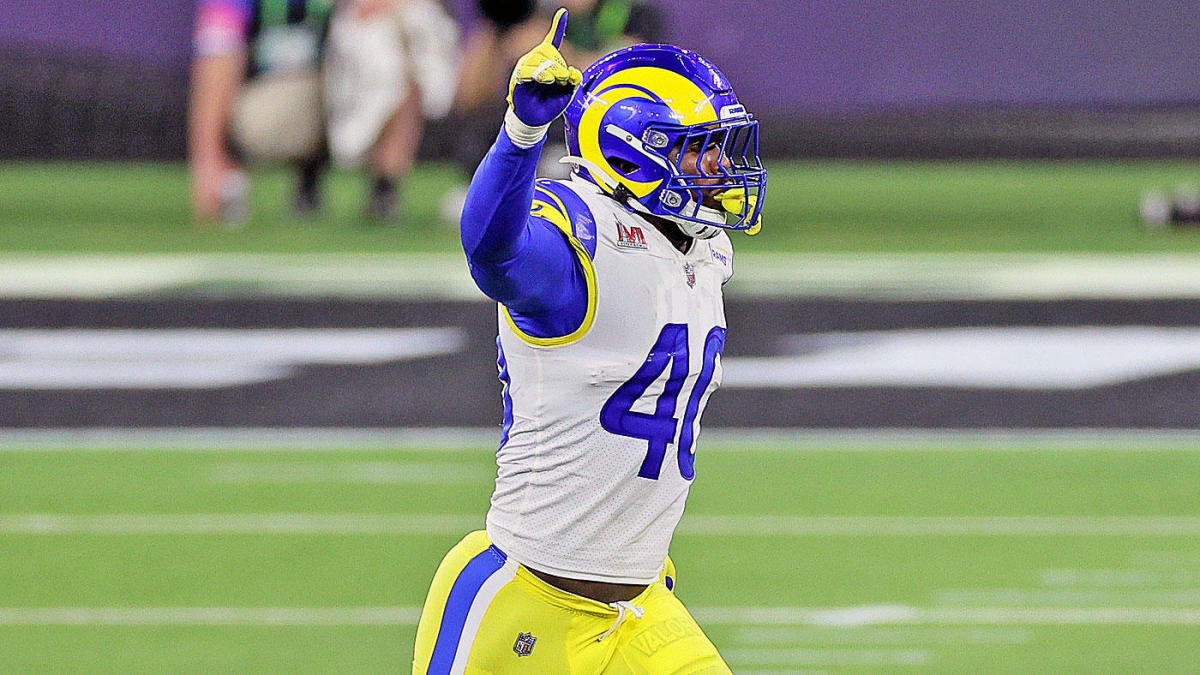 Welcome to the Thursday edition of the Pick Six newsletter.

The NFL has apparently turned into a giant game of Madden, because before this week, playing Madden was the only time I had ever seen two giant quarterback trades go down less than 24 hours apart. I mean, I wasn’t even halfway done processing the Russell Wilson trade when the Colts decided to trade Carson Wentz. I need my processing time, NFL, so please SLOW DOWN with the trades.

Thanks to the Wentz trade, the Colts now don’t have a starting QB on their roster, which says all you need to know about Wentz: Indianapolis would rather have no one than him. Of course, the Colts do need someone under center this year and we’ll be taking a look at their options in today’s newsletter, plus we’ll be grading the Wentz trade.

As if that’s not enough, we’ll also be UNVEILING Pete Prisco’s ranking of the 100 best free agents. Basically, if you’re only going to read one newsletter this week, it should probably be this one.

Alright, let’s get to the rundown.

As always, here’s your weekly reminder to tell all your friends to sign up for the newsletter. All you have to do is click here and then share the link.

With Russell Wilson making the move from the NFC to the AFC, the competitive landscape in the NFL underwent a dramatic shift this week. If you combine Wilson’s exit with the retirement of Tom Brady, that leaves the NFC with a pretty weak group of quarterbacks compared to the AFC. If you want to start an argument with someone this weekend, just ask them to name the top five quarterbacks in the NFC. The first two are easy — I’d say Aaron Rodgers and Matthew Stafford — but after that, things get kind of dicey (Is Dak Prescott next or is it Kyler Murray? And even if you have them as your next two, who do you put after that? Kirk Cousins?!?!? Matt Ryan!?!?!??!?!)

With the balance of power shifting, Will Brinson and Tyler Sullivan spent today’s episode of the Pick Six Podcast trying to figure out who the Super Bowl favorites should be from each conference.

In the AFC, Sullivan likes the Chargers as a dark horse with 14-to-1 Super Bowl odds, “It wouldn’t surprise me at all if all of a sudden Justin Herbert takes a big leap and they’ve retooled and they’ve created a much more competitive roster going into this year.”

In the NFC, Sullivan likes the betting value offered by THE BUCCANEERS, who are 14-to-1 to win the NFC. Even though Brady has retired, Sullivan still thinks they have a lot of talent and if they can find a quarterback, there’s no reason they can’t compete for an NFC title, “They’re an organization that’s pretty open to being aggressive. They’re keeping together a lot of this core that won a Super Bowl together.”

The two guys also spent a good portion of the podcast trying to figure out how the Seahawks should rebuild following the loss of both Wilson and Bobby Wagner.

2. Colts ship Carson Wentz off to Washington: Full trade details, plus grading the deal for both teams

If there’s one team that has perfected the art of making bad moves during the offseason, it’s definitely Washington and the Commanders continued that trend on Wednesday by acquiring Carson Wentz from the Colts. If the Commanders had asked nicely, the Colts probably would have given Wentz away for free, but instead, Washington decided to overpay for Wentz.

Here’s a look at the trade details:

I’m not a huge fan of this trade on Washington’s end. Although Wentz is a slight step up from Taylor Heinicke, he’s not a big enough step up to justify the amount of compensation the Commanders had to give up to land him (plus, they’re paying his entire salary). Also, if Wentz’s two biggest supporters  — Doug Pederson and Frank Reich — have given up on him, I have a hard time seeing how he succeeds in Washington. Does this mean I’ll print out today’s newsletter and eat it if Wentz wins a Super Bowl as Washington’s starting quarterback? Yes, I think that’s what it means.

As you can tell, I didn’t love this trade for the Commanders, but I do know someone who liked this trade more for Washington than he did for Indy and that someone is Bryan DeArdo, who handed out CBSSports.com’s grades for the trade.

Here’s a look at DeArdo’s grades:

Personally, I would probably flip flop these grades. The fact that the Colts gave up on Wentz after giving up multiple first-round picks to land him is definitely a bad look, but they found someone to pay his salary and they’re getting back multiple picks in return. For Washington, they needed a quarterback going into the offseason and I’m not sure they filled that need with this trade.

3. Colts’ options at QB now that Wentz is gone

If you’re wondering how badly Indianapolis wanted to get rid of Carson Wentz, just think about it like this: The Colts decided they’d rather have no one at quarterback than Wentz. Yes, the Colts do have Sam Ehlinger and James Morgan, but it’s highly unlikely either one of those guys will be the starter for Indy heading into 2022.

What this means is that the Colts are going to have to acquire a quarterback and with that in mind, Cody Benjamin took a look at Indy’s best options for 2022.

Here are the four most notable ones:

It’s been nearly a month since anyone has heard from Pete Prisco and although I was starting to get concerned, it turns out that we haven’t heard from him because he locked himself in a small room so he could finish his ranking of the NFL’s top 100 free agents.

Prisco’s annual ranking is a must-read piece and with free agency less than a week away, you’re probably going to want to start reading it now so you can be as well-versed as possible on this year’s class of free agents.

Here’s a sneak peek at the top-10 players on Prisco’s list (the team listed next to the player is the team they played for last year).

To check out Prisco’s entire ranking of the top 100 free agents, be sure to click here.

With the start of free agency coming in just six days, we’re going to be cramming as many free agency stories into the newsletter between now and then. Not only do we have Prisco’s top 100 today, but we also had Jeff Kerr go through every team in the NFC to find the best free agency fits.

Basically, Kerr went through the 16 teams in the conference and pinpointed one free agent that they should target. Here’s his advice for three of those teams:

To check out the rest of our free agency fits for each NFC team, be sure to click here.

It’s been a busy 24 hours in the NFL, and since it’s nearly impossible to keep track of everything that happened, I went ahead and put together a roundup for you.