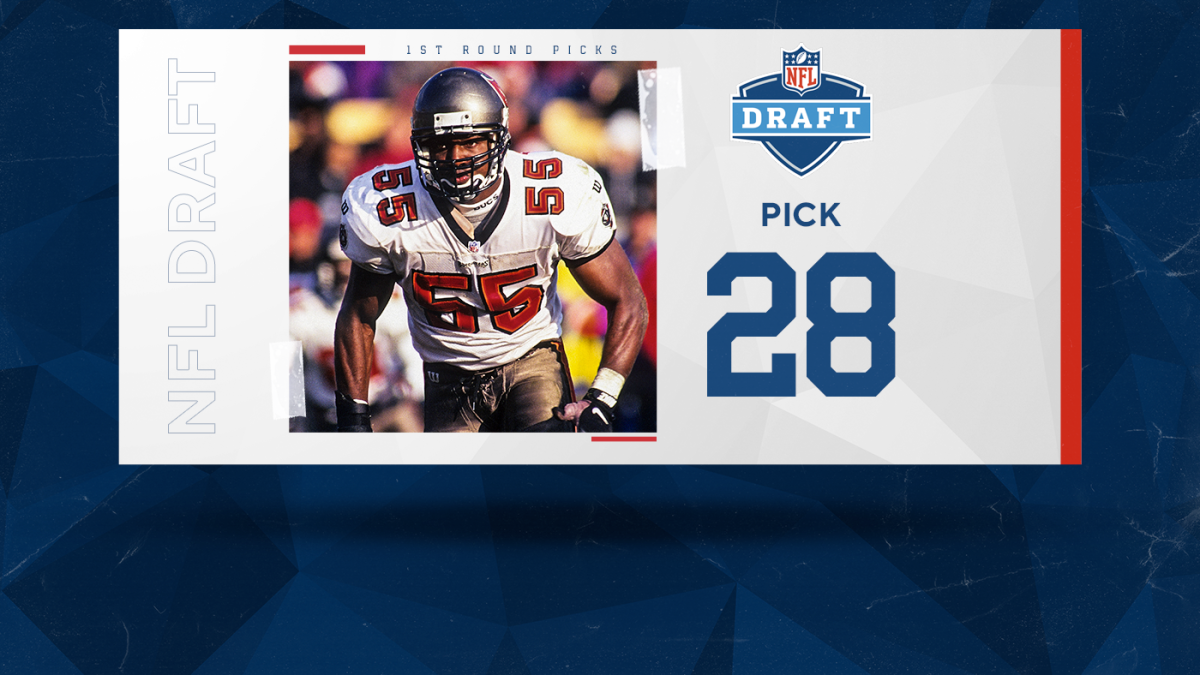 Pro Football Hall of Fame careers begin with a singular moment in the NFL Draft, when the commissioner announces each selection. The success rate of picks generally declines as the draft progresses, but there are always some hallmark names to carry the weight. At No. 28 overall, the conversation is no different. There are two players that could hold claim as the best ever taken with the 28th pick, but at the end of the day, only one could wear the crown.

This year, the Green Bay Packers are slated to pick No. 28 overall. The Packers need significant help at wide receiver after losing Davante Adams and Marquez Valdes-Scantling. The relationship Aaron Rodgers held with Adams can not be replicated by a single player overnight so it would not be out of the question for the team to use both first-round picks on a quarterback. Ohio State’s Chris Olave, Arkansas’ Treylon Burks, North Dakota State’s Christian Watson and Penn State’s Jahan Dotson are some of the players who could be in the mix. They also have needs at offensive tackle, tight end and along the defensive front. Could any of the players mentioned above one day make this list? In franchise history, Green Bay has only picked at No. 28 overall twice and both were used on defensive ends, with USC’s Nick Perry being the most recent in 2012.

Pryce was a two-time Super Bowl champion with the Broncos before going on to finish his career with the Ravens and Jets. The Florida native went to four Pro Bowls and was a three-time All-Pro. Over the course of his career, he amassed 91 sacks and 12 forced fumbles. Pryce was a member of the Broncos’ 50th Anniversary team alongside notable names like John Elway and Terrell Davis.

Ingram was an accomplished collegiate player with the Crimson Tide. He won the Heisman Trophy and helped Alabama win the National Championship in 2009 before entering the NFL Draft. Ingram, who coincidentally was drafted No. 28 overall just like his father 24 years earlier, has been selected to three Pro Bowls. Unlike his father, he has yet to win a Super Bowl. His latest bid will come with the Texans, whose new head coach, David Culley, was with Ingram in Baltimore last season.

The 49ers going from Staley to Trent Williams is a bit like when the Colts went from Peyton Manning to Andrew Luck, as both are extremely talented. Staley, a Michigan native, appeared in six Pro Bowls, including five consecutive from 2011-2015. The lineman was named to the second-team All-Pro team on three occasions. Staley appeared in one Super Bowl with San Francisco. He was not on the team that lost to Kansas City in Super Bowl LIV. Staley is currently mentoring NFL Draft prospects like North Dakota State’s Dillon Radunz and Northern Iowa’s Spencer Brown.

The argument for Green is his longevity in the league, as the cornerback played for 20 seasons. Known for his speed, Green was named to seven Pro Bowls and went on to win two Super Bowls. To this day, he has a number of NFL records, including most seasons with an interception and most games played by a defensive back. He holds a number of records for feats accomplished later in his career as well, as the oldest player to do so.

The Texas native went on to be inducted into the Pro Football and College Halls of Fame.

Brooks’ career did not last as long as Green’s, but few had one that did. Brooks still played 14 seasons in the NFL en route to 11 Pro Bowl appearances and nine All-Pro dedications. The 2002 NFL Defensive Player of the Year was a champion in Super Bowl XXXVII. Four of his seven career touchdowns came during that 2002 campaign. The Florida State product went on to be inducted into the Pro Football and College Football Halls of Fame.

Brooks gets the slight nod over Green because of a more extensive All-Pro acknowledgement by his peers. Neither is a bad choice atop this list, but we can only choose one, and we’re going with Brooks.