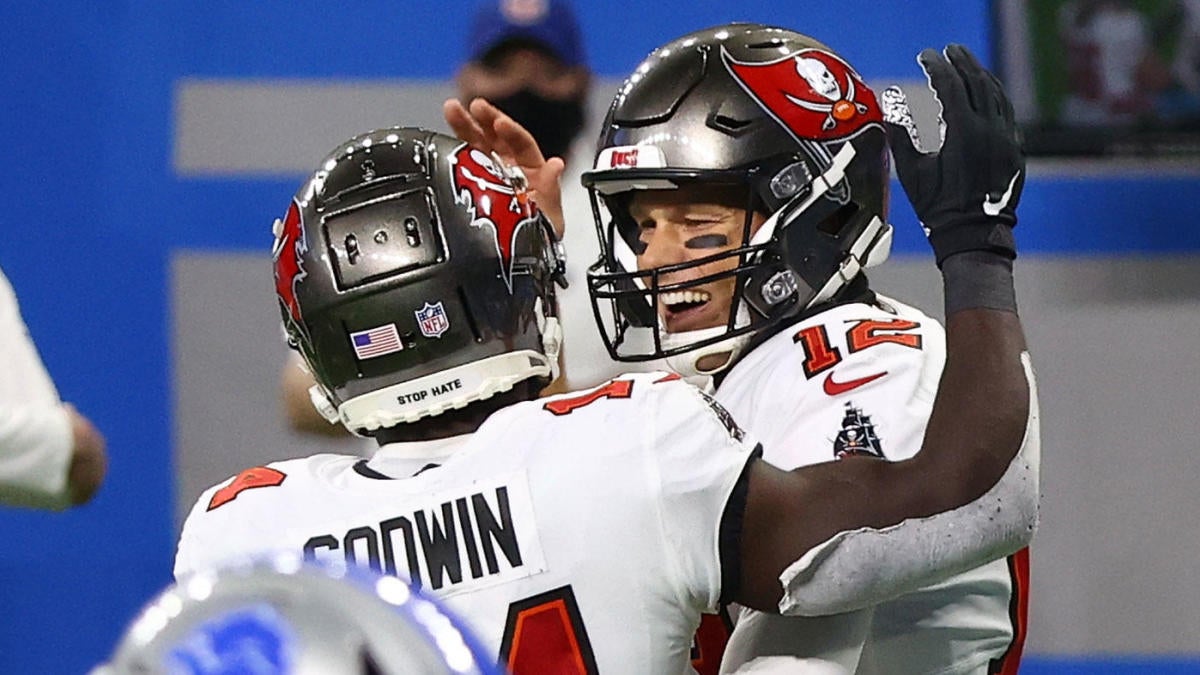 The 2022 NFL offseason has been chock-full of splashy moves, from big-name quarterback trades to lucrative free-agent signings. Not a single one of the league’s 32 teams is totally done shuffling pieces ahead of the 2022 season (and, to be fair, the work continues well into the season), but we’ve had enough activity to get a general sense of the movers and shakers of this year.

Here’s how we’d rank all 32 teams, from worst to first, according to their moves in free agency:

Another year, another spending spree for replaceable veteran starters. It’s one thing to take care of your own; it’s another to double down on that philosophy after going 4-13 and resetting the staff once again.

Is this what building around Justin Fields looks like? Pringle adds explosiveness, but they needed more proven starters — or at least better high-upside bets — for their transition.

Hayward gives them a quality starting corner, and Patterson belongs in Arthur Smith’s offense. But they’ve gotten worse in the second year of their rebuild. Trading Matt Ryan isn’t necessarily the wrong move, but they still botched the sendoff, pretending to build around the longtime QB before flirting with Deshaun Watson and then dumping Ryan for a single third-rounder. Mariota is a fine stopgap, but he’s hardly got a roster around him.

Getting Aaron Rodgers to recommit to Green Bay is a supremely underrated victory, but they’re one of the few contenders that significantly lost talent rather than gained it, namely via the trade of star receiver Davante Adams. Campbell is a solid play-maker, but his new deal is steep for an older linebacker, too.

Ward gives them a much-needed longer-term gamble in the secondary, but they’ve merely added a few role players while losing a proven starter along the offensive line.

They had no money to spend, and it shows. Glowinski is a smart bet on the interior to protect QB Daniel Jones, but the rest of their additions are mid-level flyers, at best.

On their own, Phillips and Hicks are solid plug-and-play reinforcements for the defense. And they might still have a playoff team on their hands, with QB Kirk Cousins locked up. But they didn’t get much better as a whole.

With their dire salary-cap situation, they were never gonna make a splash (unless, it seems, Deshaun Watson had approved a move to New Orleans). Re-upping Jameis is a wise, low-risk play at QB, and Maye is an underrated fill-in for Marcus Williams in the secondary, but they’ve still got plenty of holes to fill.

They were always gonna make their noise in the draft, but Chark and Reynolds make a promising speed duo out wide.

Removing Russell Wilson from the lineup instantly throws them into uncharted territory, and who knows why they paid Dissly after getting Fant in the blockbuster deal with Denver? But the haul for Wilson was still decent, as long as they can identify a future QB in the next year or three (easier said than done), and guys like Nwosu, Penny and Diggs can still be difference-makers.

They brought back most of the guys they needed to, save for Chandler Jones, but at steep prices. Like last year, they’re kind of operating as if it’s 2017, committing big bucks to good but aging starters.

Not a lot of action here, especially after their 2021 spending spree. The re-signings will help them stay feisty in their old-school approach, but you would’ve liked to see another weapon for Mac Jones.

They deserve lots of props for keeping young play-makers like Gallup and Schultz in town, but they’re gonna miss Amari Cooper more than most realize, and paying Demarcus Lawrence over Randy Gregory could haunt them in the long run on defense. Dak Prescott’s line has also taken a hit with the loss of La’el Collins.

QB is the obvious shoe yet to drop, but the draft has always been perhaps their best bet there. Most of these guys are low-risk flyers, but Corbett and Bozeman are their best O-line investments in years.

Paying up for Wentz’s boom-or-bust style may blow up in their faces, but he’s still an upgrade at the most important position, easily offering more upside than most available alternatives. Norwell, meanwhile, could be a solid replacement for Brandon Scherff.

The toughest team to grade, they spent all over the place for the second year in a row. Are they better because of it? Undoubtedly. Kirk should collect targets from Trevor Lawrence, Scherff should help the QB stay upright, and the defensive additions are solid. Yet they surely could’ve allocated resources better, investing more in proven stars rather than a dozen possible building blocks.

Ryan, 36, is another Band-Aid at QB, but they essentially flipped Carson Wentz for the longtime Falcons QB and a future third-rounder. Even if Ryan is just serviceable, they should be back in the playoff hunt. Ngakoue, meanwhile, is an underrated addition off the edge.

Trubisky is a fine low-risk option at QB, where they figure to keep adding, but they’ve also made smart plug-and-play investments up front and on defense. Daniels and Wallace should fit right in as Day One starters.

They’ve been unusually quiet for a team looking to take the next step in the playoffs, but Reddick is a potential home run off the edge, giving them an ascending talent at a premier position.

Bridgewater is best suited as a backup, which he’ll be here. By keeping Gesicki and adding Edmonds and Williams, they’ve already given Tua Tagovailoa a better supporting cast for the start of Mike McDaniel’s tenure.

Quality over quantity. Brown sticking at left tackle is huge, and while Tyrann Mathieu’s departure rings loud, Reid is a smart long-term gamble on the back end. JuJu, meanwhile, has the makeup to emerge as a target machine for Patrick Mahomes.

Did they overpay for Adams, at this stage of his career? Perhaps. Ditto for Chandler Jones. But imagine being Derek Carr, who now gets to throw to not only Darren Waller and Hunter Renfrow but the best wideout in the game. They’re ready to compete.

Like the Chiefs, they only swung a few times, but they connected. Moses, Pierce and Williams are all rock-solid starters for areas of need. The latter, in particular, should reinvigorate a healthier secondary.

Retaining Jones and Landry to bolster each front was a big win, but adding Woods in a cheap trade to replace Julio Jones is even better. Ryan Tannehill’s weapons already look more reliable than a year ago.

Nothing fancy here, just a trio of smart investments up front, where Joe Burrow needed more protection. They already had the play-makers; they needed big boys, and they got them.

Beefing up the line for Zach Wilson is huge, but Reed and Whitehead are potential gems on the back end of the defense.

Sean McDermott’s defensive line got quite a bit better and deeper, and the lucrative deal for Miller, while pricey, gives them an elite pass rusher as the cherry on top. Now all that’s left is potentially another wideout for Josh Allen.

It’s tough to say goodbye to Robert Woods, but A-Rob’s surprise arrival softens the blow. If/when Odell Beckham Jr. returns, they’ll still have one of the best and deepest receiving corps in the NFL — great news for newly extended QB Matthew Stafford, who also keeps his championship line thanks to Noteboom and Allen returning.

This one comes with the world’s largest asterisk, as they not only parted with major draft capital to land Watson, but also fully guaranteed $230 million to the QB despite his litany of legal issues, namely 22 civil lawsuits alleging sexual misconduct that figure to elicit some kind of future NFL suspension. Strictly from a football perspective, they are worlds better, going from a middle-of-the-pack QB in Baker Mayfield to a likely top-10 one in Watson; and adding a bona fide No. 1 wideout in Cooper. Let’s see if their polarizing gamble works out on and off the field.

And this doesn’t even include Tom Brady’s return from “retirement,” even though the QB’s abrupt comeback is the fuel for their entire offseason. Not only did they manage to retain most of their own big-name free agents — Godwin, Jensen and Davis could still be building blocks for years to come — but they also added a legitimate new No. 3 WR in Gage.

When you add a top-10 franchise QB, you get a passing grade. No price is too steep if your roster is ready to compete and you complete the puzzle with a potential future Hall of Famer. Jones and Gregory, meanwhile, have the juice to inject some serious long-term life into an already-stingy defense.

Are they breaking the bank for Mack and Jackson, who may or may not be long-term All-Pros? Maybe. But how can you blame them, looking to capitalize on Justin Herbert’s star ascension? Everett is an underrated add at tight end, Williams is a massive get out wide on his new deal, and Brandon Staley has no excuses but to improve the defense with this fresh talent.