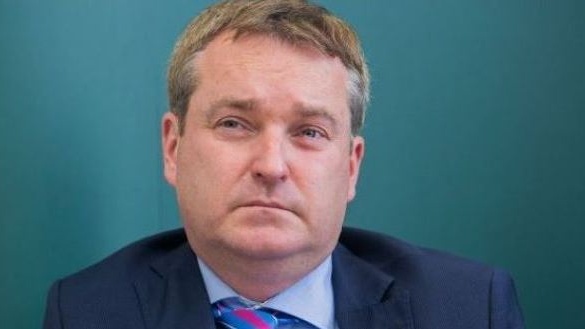 Taoiseach Micheál Martin has said he doesn’t like the “witch hunt nature” approach being taken in relation to the Department of Health’s secretary general Robert Watt appearing before Oireachtas committees on the proposed secondment of Dr Tony Holohan to Trinity College.

Mr Martin said such an approach “needs to be watched” while he also confirmed that the Minister for Health Stephen Donnelly will appear before “any Oireachtas committee” that asks him to once the external review into the secondment is completed.

The Oireachtas Committee on Finance has criticised the “lack of engagement” and “apparent unwillingness” of the top civil servant in the Department of Health to engage with the committee on matters of “significant public concern”.

It had requested an extensive list of documents be supplied to it by midday on Tuesday on the proposed appointment of chief medical officer Dr Holohan to a role with TCD.

In a letter sent to Mr Watt on Monday, chair John McGuinness said the committee was disappointed that no response had been received in relation to matters it raised on the proposed appointment.

The letter says no response was received from Mr Watt despite “extensive efforts to follow up” on correspondence sent last week.

Speaking in the Dáil on Tuesday, Sinn Féin leader Mary Lou McDonald said this was “unacceptable behaviour” and asked would the Taoiseach ensure “the highest paid civil servant in the land is not allowed to frustrate the work of the finance committee”.

“I want confirmation of that from the Taoiseach and that he will if necessary intervene,” she said.

In response, Mr Martin said the health minister had already confirmed “there was no question” that he would go before the finance committee or “any committee that asks him to go before it” when the review was completed and that “better conversations” could be had at such committees.

“In terms of a public servant, I don’t like the witch hunt nature of the approach that’s been adopted, there certainly has a ring about it. I just think that needs to be watched as well,” Mr Martin added.

Earlier, during Leader’s Questions, Social Democrats co-leader Catherine Murphy asked who was running the country, the Government or the “permanent government” [CIVIL SERVICE].

“We know the Secretary General for the Department of Health Robert Watt is in a rarefied position, not least, because his pay grade is above yours, but does that mean that he can snub his nose at attending Oireachtas committees, and decline to be held accountable for decisions he takes,” Ms Murphy asked Mr Martin.

“The same Secretary General thinks so little of the Oireachtas Committee on Finance, that he didn’t even bother responding to the request for a meeting tomorrow to discuss the botched appointment of Tony Holohan to Trinity College.

“There was a significant €20 million sum associated with this proposed secondment and the finance committee are tasked with investigating state spending so why won’t the Secretary General and indeed the Health Minister appear before that committee?”

Ms Murphy asked “how on earth” could Dáil committees be expected to convince those in the semi State sector or those in the private sector to appear before them “if civil servants on very high salaries refused to do so”.

The Kildare North TD asked “who exactly is calling the shots?” and pointed to a report in The Irish Examiner that the HSE has continuously blocked Disabilities Minister Anne Rabbitte from getting “on-the-ground” updates from staff amid serious concerns about services for children with disabilities.