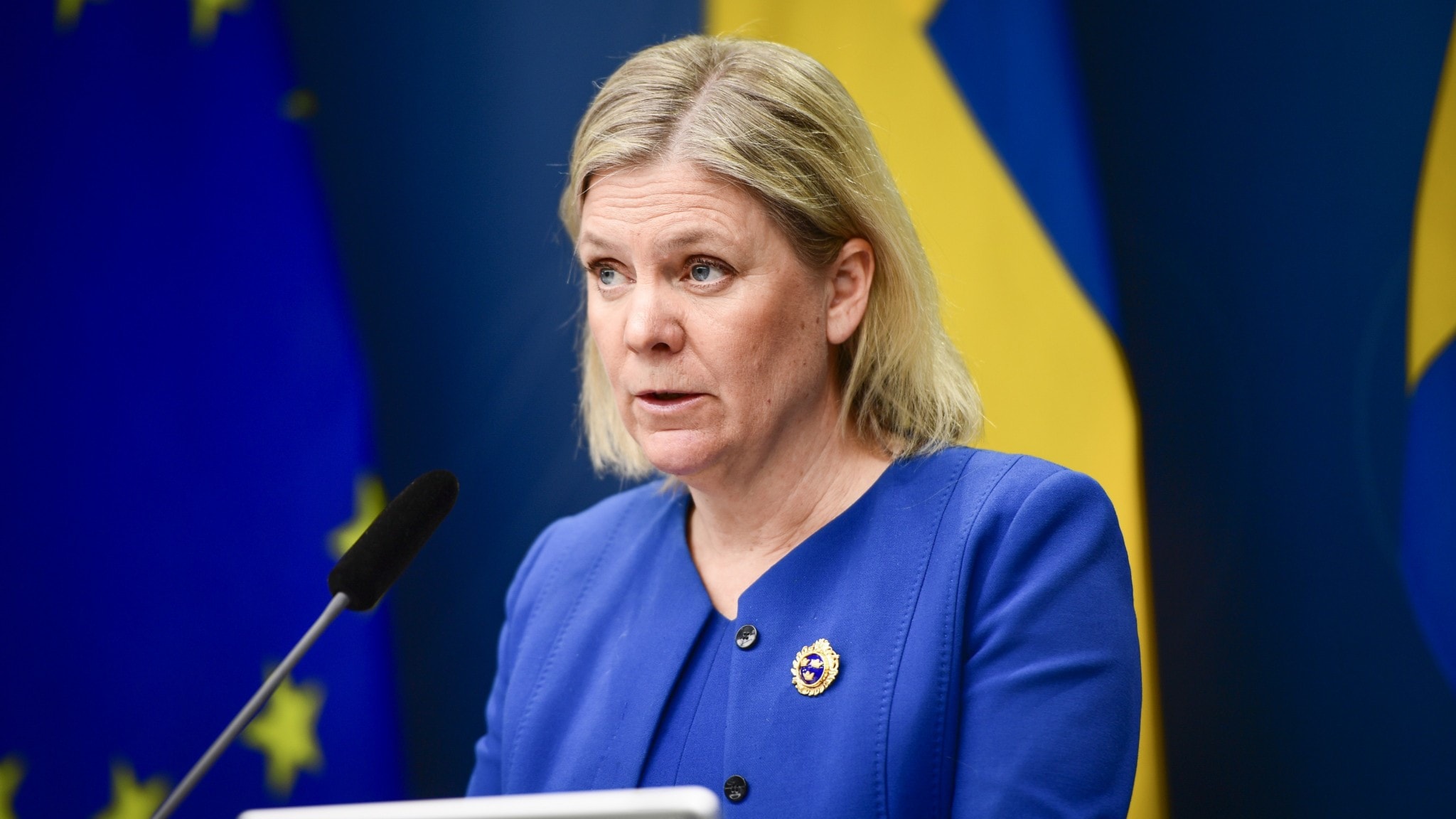 Prime Minister Magdalena Andersson was asked about a NATO referendum during a news conference about criminality.