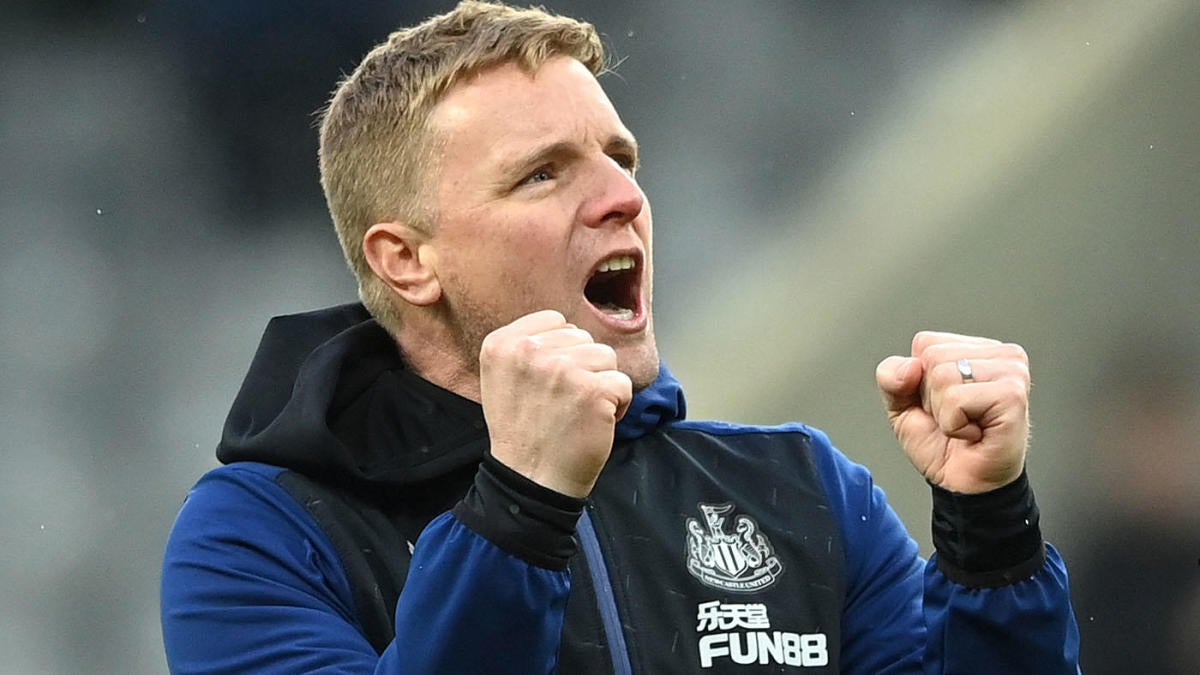 Through their first 18 games of the Premier League season, Newcastle had just one win, and that was against a Burnley side that can’t beat anybody. The Magpies, despite what was then a looming Saudi-backed financial takeover of the club that has since gone through, looked well on their way to relegation as Eddie Howe was hired to get things going in the right direction. Fast forward to February, and Newcastle are playing themselves to safety due to improved play on both ends coming from some notable progression. While Kieran Trippier has made a difference since arriving, including the goal in the 1-0 win over Aston Villa this past weekend (though he also broke his foot meaning he’ll miss some matches), the club is still waiting for Chris Wood to deliver his first goal and for Bruno Guimaraes to settle in. But the base of players that have been there have stepped up.

Newcastle haven’t lost any of their last five games, and it has nothing to do with seeing more of the ball, rather just doing more with it and showing up on the other end. Their passing hasn’t been any better, but they’ve improved on their xG, going from 0.9 to 1.3 during this winning streak. Possession has largely been the same. They’ve lost the battle of possession in 18 of their last 20 league games. Additionally, the passing percentage has actually gone down, but they are being quicker in taking their chances, allowing them more attempts on goal, also getting better looks thanks to better defending, allowing them to go on the counter more.

They had 59 total shots in their six matches from Nov. 30 to Dec. 19. But since their unbeaten streak started on Dec. 27, they’ve recorded 70 shots in five games. That has allowed them to score in five consecutive games, winning three and drawing two.

But there has also been improvement defensively. We are seeing a defense that is stepping up, keeping better shape and just being overall more disruptive. While clearances, tackles and interceptions are largely the same, a product of being a team that doesn’t really get to control a match, they’ve done better in defending one on one and getting in front of shots. They went from averaging 3.75 blocked shots per game in their eight games before the streak to 5.8 blocked shots per game. That has helped them lower their goals against from 2.3 goals per game conceded in their previous nine games to 0.6 goals per game against during their streak, which is saying something when you are facing Manchester United and Leeds in two of those.

While the improvement may not be overly noticeable on the pitch, the results speak for themselves. They aren’t setting any records, but they’ve weathered some storms, picked up nine golden points and now have a renewed confidence ahead of some tricky matches.

They aren’t safe, but with this recent form, they are expected to be before long. Now, onto the this week’s grades.

Craving even more coverage of the world’s game? Listen below and follow ¡Qué Golazo! A Daily CBS Soccer Podcast where we take you beyond the pitch and around the globe for commentary, previews, recaps and more.

Newcastle
Back-to-back-to-back wins have put Eddie Howe’s team in a fantastic place to stay up, seeing them escape the drop zone now with a four-point cushion. Still a lot of work to be done, but things are looking up.
Grade: A

Aston Villa
Not good at all. Not much of a threat, struggled with Newcastle’s speed going forward and just lacked ideas. Back to the drawing board for Steven Gerrard and crew.
Grade: D

Wolves
The attack is starting to come alive, having scored multiple goals in three of their last four league games. That came after just three goals in their previous nine matches. They’ve turned the corner, jumped Tottenham and are pushing European places.
Grade: A

Tottenham
Three straight league defeats including back-to-back losses at home. The attack is just so predictable. Their top-four hopes are dwindling now, and this is where they have to dig deep. The consolation? A trip to Manchester City is next.
Grade: F

Liverpool
Fabinho has been the man to step up alongside Diogo Jota, scoring three times in their last five games. Four straight wins continue to keep some pressure on Manchester City, though their title hopes are faint, and this wasn’t overly positive display. Some huge clashes coming up including Inter Milan in the Champions League on Paramount+.
Grade: B

Burnley
The league’s worst team. They’ve won just one of 21 games so far in the league and have only nine goals to show for it. The defense remains solid, but if you can’t score, you’ve got no chance.
Grade: F

Leicester
The win was there, but that defense again has let them down, conceding the equalizer from a last minute corner. They’ve now conceded 14 goals and 10.69 xG from dead ball situations, both the worst marks in the league.
Grade: C

West Ham
They’ll take the point. Getting something on the road isn’t easy, and they continued to look dangerous going forward and got a draw they probably deserved in the end. The top four is there for the taking if they can avoid any more big hiccups.
Grade: B

Manchester United
These results no longer come as a surprise. Back-to-back poor draws see them fall out of the top four. Despite creating a ton of chances they weren’t clinical enough…again. Who would have thought that failing to finish their chances would become the trait of a team that acquired Cristiano Ronaldo over the summer. But here we are.
Grade: D

Southampton
They will take that any day. Any time you can get a point despite the xG totals being that lopsided, you sign on the dotted line. They continue to remain organized in defense and have a belief in their squad that clearly shows.
Grade: A

Brentford
Had the chances to win, should have taken three points, but the sharpness in front of goal remains missing. Still likely safe, but they need another couple wins to feel great.
Grade: C+

Crystal Palace
They’ve yet to win a league game this calendar year and continue to underwhelm in attack despite having some quality. Patrick Vieira isn’t feeling the pressure, but they are stuck in neutral.
Grade: D

Everton
Well that came out of nowhere. An encouraging performance in attack with 21 shots, and they scored multiple goals for just the second time since January. Was this a sign of progression or just beating up on Leeds’ poor defense? We’ll soon know with Southampton, Manchester City, Tottenham and Wolves to come.
Grade: B+

Leeds
Everybody scores on Everton. The Toffees had conceded in 12 straight games entering this clash, but Marcelo Bielsa’s men come away with just a 0.24 xG against a team that concedes 1.5 xG per match and are left with more questions than answers. A concerning result, but one that says more about how well Everton played than how poor Leeds were. Still, that was a whooping that they must forget.
Grade: F

Brighton
Up to ninth with a fine all-around performance. The defense continues to be the anchor of this team, with only 1.1 xG conceded per match they’re the fourth best in the league. They’ve conceded multiple goals in a league game only once since late November, and they won that match. Grinding out results consistently.
Grade: A

Watford
They haven’t won a league game since November. How in the world did they beat Manchester United 4-1? Look destined for relegation after failing to beat Newcastle, Norwich City and Burnley since the calendar year began.
Grade: F

Manchester City
About what everybody expected. It took them a while to get going before scoring three times in the second half. The title race isn’t over, but at this rate, it may be pretty soon. Just punishing going forward as usual. Their 4.31 xG was the highest xG total in a PL match this season.
Grade: A

Norwich
Never really stood a chance to sniff a point, but at least they know they are still alive in the relegation battle. Four points back now though after Newcastle’s win, so urgency is needed.
Grade: D