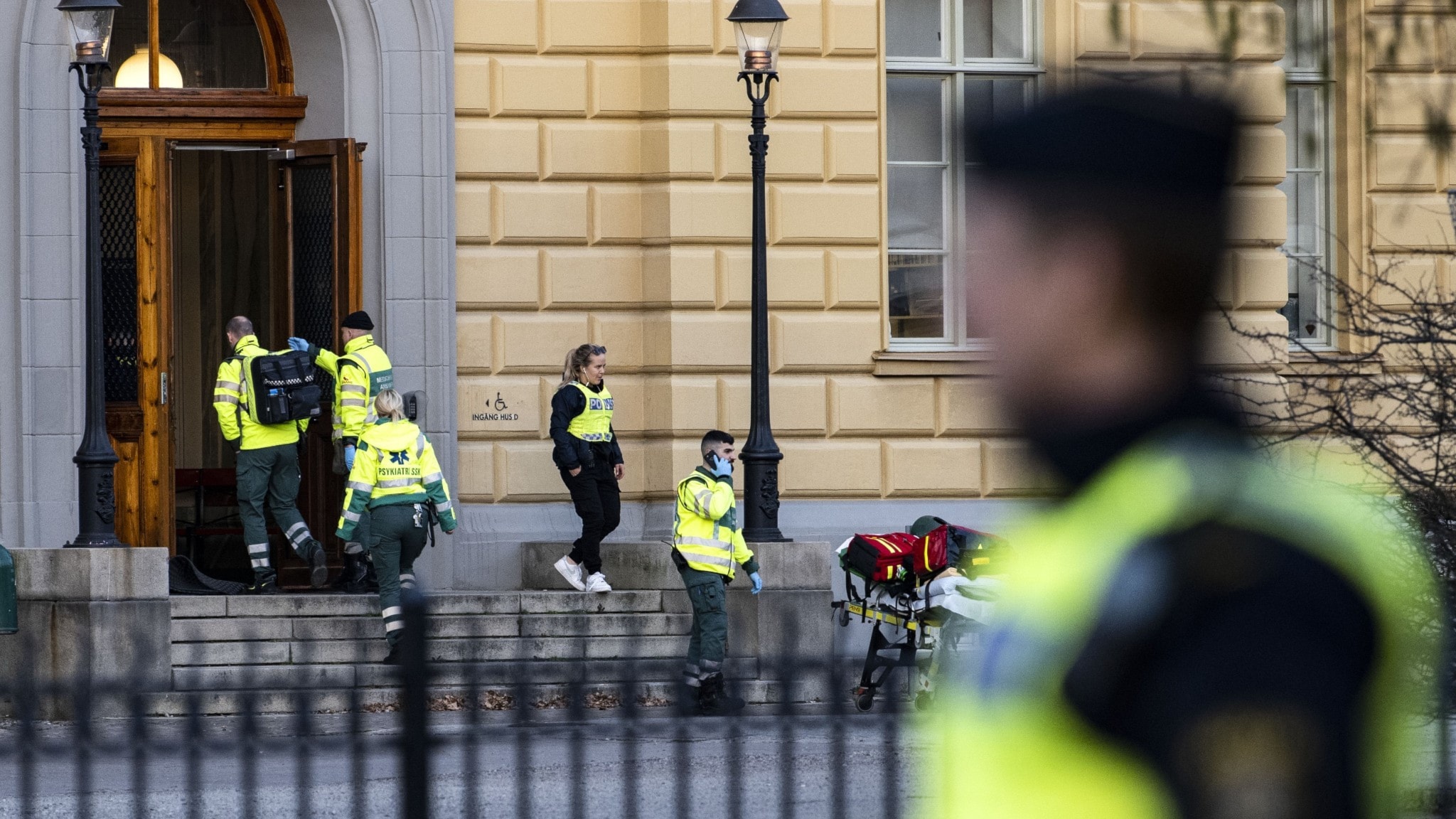 Police and medical personnel at the school on Monday evening shortly after the attack. Police say the suspect does not have a criminal background.