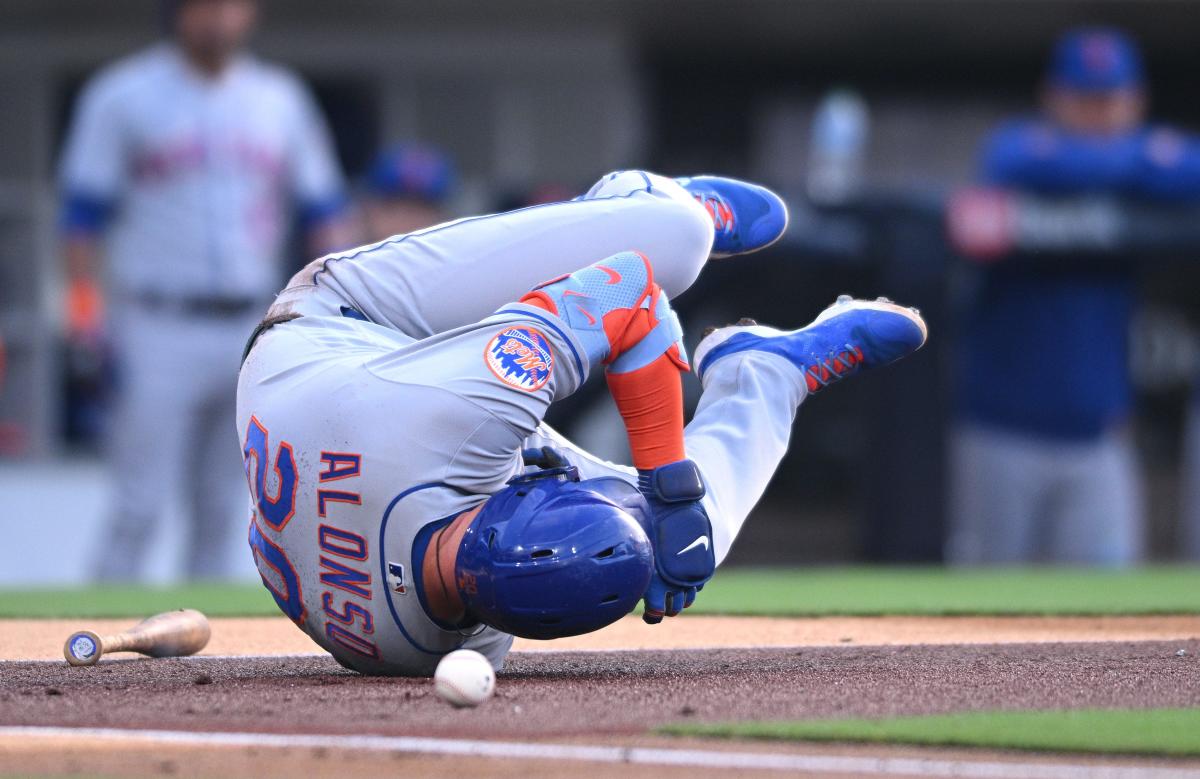 New York Mets first baseman Pete Alonso left Thursday night’s game in the second inning after being hit in the right hand by a 95 mph sinker from San Diego Padres pitcher Yu Darvish. Alonso was in clear discomfort as he was tended to by the Mets’ training staff.

He was replaced in the lineup by J.D. Davis, who played his first game at first base since 2018 on Monday.

Alonso had been hit twice up near the face this season and remained in the game, but this time, the pain proved to be too much to continue.

X-rays on Alonso’s hand came back negative, the Mets said.

Any long-term absence from Alonso would be a major blow to the Mets’ lineup. He entered Tuesday night leading Major League Baseball with 54 RBI and tied for the National League home run lead with 16.

The Mets have been hit a league-high 40 times this season, including three times by Darvish in the opening two innings. Brandon Nimmo was hit in the left foot in the first at-bat of the game and Jeff McNeil was hit in the right foot in the at-bat immediately after Alonso exited.

The Mets were down to a one-man bench after Starling Marte also left the game with an apparent leg injury in the middle of the second inning.

Marte, the Mets’ starting right fielder, could be seen grimacing and pounding his upper left leg with his fist after being caught stealing in the first inning. He spent the top of the first inning in the field before he was removed before the bottom of the second inning.

Mark Canha replaced Marte in right field. With the Mets carrying 14 pitchers, Tomas Nido was the lone player available as a substitute after Marte and Alonso left the game.